The Vatican press office did not issue any public statement on what was discussed during Thursday's meeting.

Kissinger, who was Secretary of State from 1973 to 1977, also met with Italian Prime Minister Romano Prodi and President Giorgio Napolitano during his weeklong visit to Rome.

In 1973, Kissinger, along with Le Duc Tho of Vietnam, won the Nobel Peace Prize for their efforts to negotiate the Paris Peace Accords to end the Vietnam War.

Pope Benedict XVI talks with former U.S. secretary of state Henry Kissinger (L) during a private audience at his summer residence of Castelgandolfo outside Rome September 28, 2006.

Reuters - Thu Sep 28, 9:34 AM ET Pope Benedict XVI talks with former U.S. secretary of state Henry Kissinger during a private audience at his summer residence of Castelgandolfo outside Rome September 28, 2006. EDITORIAL USE ONLY REUTERS/Osservatore Romano (ITALY)
2 posted on 09/30/2006 7:06:39 AM PDT by NYer ("It is easier for the earth to exist without sun than without the Holy Sacrifice of the Mass.” PPio)
[ Post Reply | Private Reply | To 1 | View Replies]
To: NYer

This is quite interesting, and may have geopolitical meaning. Kissinger could be carrying a message. Thanks for the article and the ping!

wow, two old Germans. They have certainly seen a lot in their lives.


"Indeed, the widespread, fraudulent representation of the
recent address on the subject of ecumenicism, by Pope
Benedict, can not be competently understood, except as a
fresh expression of the malicious propaganda-effort of
the British Arab Bureau's Bernard Lewis (the assigned
controller of Harvard-trained British agents Henry Kissinger, [!]
Zbigniew Brzezinski, and Samuel P. Huntington's "Clash of
Civilizations"). So, as the Roman Empire sought to
destroy Charlemagne's ecumenical collaboration among
Christians, Jews, and Islam, through the Venetian-directed
Norman Crusaders, the contemporary Anglo-Dutch Liberal
faction of today's imperial finance has created and
deployed Bernard Lewis's pro-satanic dogma of "Clash of
Civilizations" using not only corrupt U.S. creatures such
as Kissinger, Huntington, and their ilk, but also
Bush-living fanatics whose adopted beliefs are close to
the essentials of a Satanic cult." 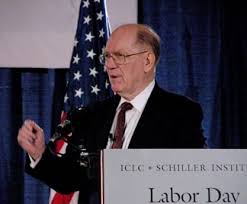 both Bavarians too. Wonder what they discussed.

I Don,t trust Kissinger,I,m sure that Pope Benedict DOES NOT.

""Abortion is vital to the solution: - Index
"While the agencies participating in this study have no specific recommendations to propose on abortion, the following issues are believed important and should be considered in the context of a global population strategy...Certain facts about abortion need to be appreciated:
" -- No country has reduced its population growth without resorting to abortion". [Page 182]

" -- Indeed, abortion, legal and illegal, now has become the most widespread fertility control method in use in the world today." [Page 183]

" -- It would be unwise to restrict abortion research for the following reasons: 1) The persistent and ubiquitous nature of abortion. 2) Widespread lack of safe abortion techniques..." [Page 185]

Given the recent news that Kissinger is a frequent advisor to W, it makes sense that this might have been a pseudo-diplomatic mission on behalf of the White House.

Kissenger's famous
among all types of fringe folk.
If you've time to kill,

do a Google search
of Kissinger along with
anything. Start with:

Henry Kissinger has been advising President Bush and Vice President Cheney about Iraq, telling them that "victory is the only meaningful exit strategy," author and journalist Bob Woodward said.

In an interview airing Sunday night on CBS-TV's "60 Minutes," Woodward said... Kissinger, who served in the Nixon and Ford administrations, has been telling Bush and Cheney that "in Iraq, he declared very simply, 'Victory is the only meaningful exit strategy.'"

Kissinger is a fascinating character. I'd like to know more about him, but I don't know what source would be credible (including the auto-b I believe he wrote). Well, I secretely doubt I would even understand his autobiography.

Here,s all you need to know from a Christian viewpoint...

The reality is Kissinger is nothing more then a shined up version of the eugenic evolutionist Ersnt Haeckel-who provided the bridge of Darwins racial and eugenic arguments to the racial and eugenic policies of Nazi Germany that made the 20th century the bloodiest in Human History.

Kissinger is an advocate of abortion,partial birth infanticide,he was a friend of the Hemlock Society who,s founder Derek Humprey is on record saying... quote "what we are trying to do here at the Hemlock Society is overturn 2000 years of Christian tradition"" in regards to abortion, euthanasia of the elderly, very sick, mentally ill. 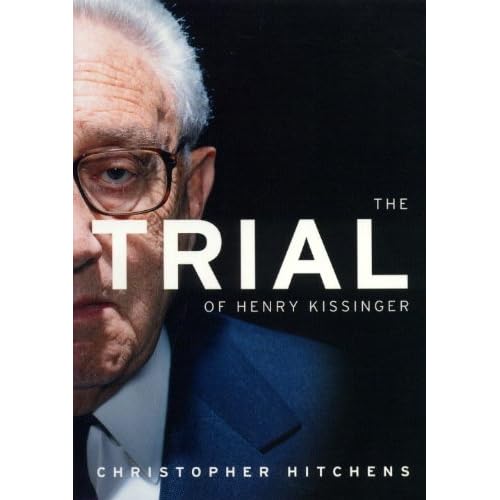 The private audience occurred on Thursday.

hardly what I expected but thank you.

incidentally, is it safe to assume that neither of you are Catholic? That, if someone were to write a book claiming evidence that the Pope is antichrist, you'd recommend it to me, right?