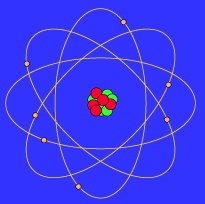 The newly discovered element, Magesterium777, has a number of interesting chemical and ecclesial properties. Although an extraordinarily dense and weighty material, it is readily absorbed through the skin of most laity. Clergy, however, seem to develop over time a resistance to Magesterium; by the time they reach the episcopate, many clerics become completely impenetrable.

The effects of Magisterium are subtle at first, but chronic exposure leads to many psychological and behavioral changes in the exposed individual. These are reflected in a pronounced tendency to kneel rather than stand, to say “and with your spirit” when everyone else is saying “and also with you,” to unexpectedly speak phrases of Latin, Greek, or Aramaic (therapists without a classical education may confuse Magisteriosis with Tourette’s), and, especially, to start referring to the works of Chrysostom or Athanasius instead of those of Hans Kung or John Shelby Spong.

Magesterium appears to be highly addictive. When it is withdrawn, Magisteriosis sufferers will actively seek out a new supply, often migrating from one parish or even denomination to another in order to reexpose themselves. Although numerous attempts have been made to neutralize the effects of Magisterium, those suffering from Magisteriosis seem impervious to treatment. Once exposure has reached a certain point, the effects appear to be irreversible.

Magisterium is remarkably stable for such a heavy element, and shows no signs of spontaneous decay even after 2000 years. It can, however, be transmuted by bombardment with newtrons to form the unstable intermediate Dissentium. Dissentium quickly breaks down by ejecting essential core particles to form Apostasum666. Magisterium777 can also be split in a schismatic reactor, with each resulting sect-ion carrying off its own unique fragment of Magisterium.

Magisterium also has powerful catalytic properties, in that its presence causes the complete oxidation of the extremely common element Heresium. The result of this violent oxidation is an extreme, white-hot flame that appears to last for eternity, accompanied by a severe stench resembling that of sulfur.

The best supplies of Magisterium can be procured in Orthodox, Eastern Catholic, and Continuing Anglican churches. Other sources are almost always partly degraded into sect-ions. Be particularly careful to avoid any containers labeled “ECUSA,” as they are almost always heavily contaminated with Apostasum666.

3 posted on 03/29/2006 7:46:24 PM PST by Unam Sanctam
[ Post Reply | Private Reply | To 1 | View Replies]
To: Unam Sanctam; sionnsar
It can, however, be transmuted by bombardment with newtrons to form the unstable intermediate Dissentium.

The most likely source for the newtrons appears to be the ubiquitous Ignorantium.