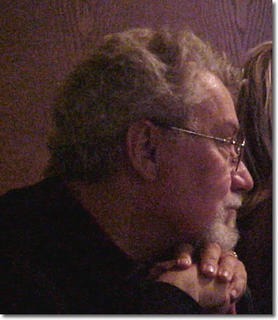 This was a Senseless Act!

My comments are below in red [boldface] -

SAGINAW--Today [Thursday, August 4] the right to function as a priest in the Episcopal Church was formally removed from the Rev. Gene Geromel of Swartz Creek, Michigan.

The Rt. Rev. Edwin M. Leidel, responding to a formal determination of the Standing Committee of the Episcopal Diocese of Eastern Michigan that Geromel had “abandoned the Communion of this Church,” pronounced the deposition at 10:30 AM on Thursday, August 4, 2005.

“Nothing like this is ever done in haste or without much prayer,” said Dean Bedford, the president of the Standing Committee. “Due process is provided by our national canon law and allows the accused at least six months to respond. During that time Geromel was given every opportunity to demonstrate that he had not in fact ‘abandoned’ the Episcopal Church.”

More than five years ago Geromel led his congregation out of the Episcopal Church. No action was taken at that time in the hope that reconciliation could one day be achieved or that Geromel might receive a call in another diocese of the Episcopal Church and could canonically be transferred there. After five years and when neither of these hopes was realized, the bishop had no alternative but to enforce the canons of the Church.

No alternative? What was so very hard about maintaining the status quo?

Here's the rub - When St. Bartholomew's left the Episcopal Church, Fr. G's position with the Pension Fund was frozen.

So then they waited five years. Why not wait five more? Or ten? St. Bart's and Fr. G are no drain on the diocese of Eastern Michigan - Other than a witness, and remember, they sold the property to them.

There is absolutely no canonical imperative to act now. None! And the Standing Committee would not have acted if the bishop was not prepared to act as well.

St. Bart's has made an appeal to the Archbishop's Panel of Reference - If he was determined to abandon the communion of the church, why do that?

The Standing Committee’s determination was based on the following grounds:

1. Geromel had led his congregation out of the Diocese and the Episcopal Church.
5 years ago the diocese sold them the property.

2. He has acknowledged that he is out of communion with his bishop.
Fr. G has been consistent in telling Bp. Leidel that they are in "impaired Communion" as understood by the Eames Commission.

3. He has shown no sign of wanting to return to the Episcopal Church in the Diocese of Eastern Michigan as a priest in good standing.
Fr. G has said all along that he cannot do that as long as the bishop maintains his current position. To do so would be an admission that he was mistaken and the bishop wasn't.

4. He has not participated in the Councils of the Church in the Diocese of Michigan for over five years.
They took Fr. G off the diocesan mailing list, and so he was not informed of meetings.

“I take no satisfaction in doing this,” said Leidel. “It is a sad day for Gene, for me, for the Diocese of Eastern Michigan, and in fact for the whole Church. We exercised all avenues available to us in hopes of avoiding this conclusion.”

I just don't buy this, an avenue not taken would have been to wait on the Panel of Reference. Another would have been to simply turn a blind eye, just ignore Fr. G. Bishop Leidel claims he has been "generous" to Fr. G. This is not generosity, it is meanness, plain and simple. A senseless act!

Timing is everything. Connecticut's Bishop Smith nailed Fr. Hansen the day after PoR convened (finally) to define its process and begin its actual work. Bishop Leidel nailed Fr. Geromel a couple of weeks after Smith's action, after watching the fallout and CoE inaction. This will ripple through every diocese with priests that have requested PoR intervention, unless and until the Archbishop of Canterbury acts in earnest.