The anti-Catholicism of the "National Catholic Reporter"

In my opinion, the NCR (different from the National Catholic Register and from the Catholic World Report) appears to be classic type of a wolf in sheep's clothing. It is the most anti-Catholic weekly publication that I know, and yet it continues pretending to be "Catholic." The evidence of NCR's anti-Catholic and anti-Christian agenda is somewhat camouflaged, so let it be dug up and brought to daylight in this thread.

- Why, and who cares? Under normal circumstances I couldn't care less, but very many American priests and religious read the NCR, and it has poisonously influenced a generation or two of priests. When we see the sorry state of affairs in our Church we should know, for our own protection, where the devil dwells. Many screwy things (most of all the disdain for the Teaching Magisterium) originated and/or have been, or continue to be, sponsored by the NCR.

There is only one FReeper, as far as I know, vigorously defending the NCR, so he is rare and dear - let's be respectful to him.

With so many Catholics rejecting an official church teaching, and the pope insisting on it at the same time, questions of authority and its proper role cannot be avoided. As a matter of fact, the authority issue has been connected to the sexuality issue for more than a quarter of a century, raising the importance of trying to sort out and resolve the human sexuality questions.

There is a tradition within Catholicism that speaks of the sensus fidelium. It literally means "sense of the faithful." It means that the faithful, as a whole, have an instinct or "sense" about when a teaching is -- or is not -- in harmony with the true faith. At a minimum, the sensus fidelium has been demanding that the church reconsider its teachings on human sexuality.

Prominent Catholics have made repeated efforts to do just this since the 1968 papal encyclical. Those who have dared enter these waters have more often than not been denigrated by church authorities for setting forth. Connected to any reassessment has been considerable fear and trauma. Theologians who have dared have found their careers thwarted. As a result, as pressure has grown to probe church teachings on sexuality so has the resistance by key authority figures.

The process reminds me of a statement that the spiritual guru, Edwina Gately, once made, referring to today's Catholic hierarchy. "The God they give us is too small to worship."

Our bishops have become cafeteria Catholics. They seem to think we can do without the Eucharist......
The bishops, however, are so resistant to considering optional celibacy that they view Catholics who raise the issue as "having an agenda," implying that those who seek change really, deep down, want to hurt the church, not extend its mission to build the Reign of God.
This is crazy. No, it's worse. It's scandalous. Let me be clear: to place an arbitrary church discipline in the way of the building of Eucharistic-centered Christian communities is offensive to God.

We who profess a relationship with a Diety must be especially diligent to remind ourselves that no one has the full picture, no one can claim an inside track. Believers and non-believers alike will be better off when humility reins in certainty, when policies are shaped by attempts to understand and offer care to the hurting and insecure.

Five years ago, when our now Vatican writer John L. Allen Jr. first began to uncover exactly how the revisionists were attacking the reform, he discovered that a secretly appointed committee of 11 men -- no women included -- met quietly at the Vatican to overturn decades of work on translation, work that had been done under the approving mandate of Pope Paul VI.

Of those 11, only one held a graduate degree in scripture studies, two were not native English-speakers, one of the advisers was a graduate student and several had a history of objecting to inclusive-language translations, including two of the American archbishops and the lone scripture scholar. A rather poor representation of scholarship and pastoral sensitivities,, given the dimensions of the English-speaking segment of the church.

“What has also become clear,” our story reported, “is that the elaborate consultative process used in developing English-language translations for nearly three decades meant little. Powers in Rome handpicked a small group of men who in two weeks undid work that had taken dozens of years.”

The unfortunate thing is that the new translations, or the return to old translations, is being done in the style of the pre-Vatican II church, heavy-handed and at the whim of those in power.

It’s a lousy way to do the church’s business -- and it doesn’t withstand the scrutiny of serious, adult, educated Catholics in the early 21st century.

Round off whining and condescending pieces like the above with regular contributors like Gumbleton, Chittister, McBrien and you got yerself National AmCatholic Distorter!

Oh no, johnb2004, you must be one of those uneducated childlike and non degreed members of the great unwashed who can't think for yourself, has to have rules and is positively rigid and medieval.

And you probably like Mother Angelica and Bishop Bruskewitz, appreciate Latin and tradition. Don't take this personally or anything. ;-)

The universe is a sacred dance involving all of creation. Quantum theology invites us to be participants, encouraging us to suspend for a moment our inhibitions in fear that we might miss a step or stumble and fall. We must go beyond a comparison of the great wisdom traditions, as if sharing notes on who said what first and stopping there. Quantum theology is suggesting that the solutions to our world and church problems can only be found in the mosaic of the world community.

Imagine what we could learn if we accepted to discuss the issues of war, abortion, and homosexuality from the perspectives of Jainism, Buddhism and Confucianism. Is it possible that part of the reason we cannot find answers is that we are asking the wrong questions? Quantum theology is not for those seeking to justify a particular perspective. It forces us to go beyond our usual comfort zone and to venture onto a dance floor whose music we have yet to understand. 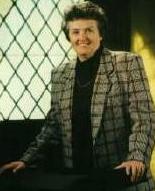 Means little? They sell themselves short. This "consulative process" that they enjoy serves as a case study of how NOT to do things.

12 posted on 01/28/2004 1:09:59 PM PST by NeoCaveman (Kerry replaces Pelosi as the botox babe of the Democrat Party)
[ Post Reply | Private Reply | To 4 | View Replies]
To: heyheyhey
Perhaps I am to sarcastic or dismissive. They are the folks, by and large, who came of age in the 1960's. They never developed completely partly because they embraced error and many because they are probably immersed in sinful lifestyles. For these types to accept there is an eternal truth would mean they would have to change the way they live their lives.

Measured against the expectations of many educated Catholic women, however, especially in the developed world, the pope has often seemed a disappointment. The sense of alienation can be profound.

Naturally, not every Catholic woman feels this way. Some believe the pope, with his doctrine of male-female complementarity, as well as his defense of life and of the family, coupled with his fierce devotion to the Virgin Mary, has pointed the way to a more authentic “new feminism.” Defenders also point out that the pope has appointed an unprecedented number of women to pontifical councils and academies.

In 1988, John Paul even published an encyclical letter on the dignity of women titled Mulieris Dignitatem, which affirms the contemporary women’s movement as a positive “sign of the times,” though it also warns against the “masculinization” of women.

At the end of the day, however, even the staunchest defenders of John Paul tend to acknowledge that the Catholic church has a problem with women. A bishops-sponsored survey of Australian Catholics in 1999 reached a conclusion that has parallels across much of the Catholic world, finding a widespread sense of “pain, alienation and often anger resulted from a strong sense of women’s marginalization, struggle, disenfranchisement, powerlessness, irrelevance and lack of acknowledgement in the church.”

... many American bishops feel reservations about some aspects of John Paul’s pontificate, especially the way in which it seems to have operated at times on an adversarial model with respect to bishops and bishops’ conferences. The symbol of this approach would be the 1998 document Apostolos Suos, which held that episcopal conferences have no right to teach on matters of faith and morals in their own name.

Most Americans, along with a large chunk of the rest of the Catholic world, regarded this a classic exercise in raw power politics. Faced with a wealthy, respected and influential national conference in the United States, and equally impressive regional conferences in Latin America and Asia, the Vatican wanted to cut them off at the knees. Many American Catholics were proud of the accomplishments of their bishops’ conference in the 1980s, with well-received documents on the economy and on peace. The idea that their bishops were being “punished” for such success was galling.

Personally, I thank God that the Bishops' Conferences do not constitute ecclesiastical authority. In the U.S. for each relatively sound document or idea they come up with at least three heretical ones. Most recent "nugget" is the National Review Board assisted by a bunch of ("former") FBI agents overseeing the bishops.
19 posted on 01/28/2004 1:47:35 PM PST by heyheyhey
[ Post Reply | Private Reply | To 1 | View Replies]
To: johnb2004; ArrogantBustard
OK, you guys...you've got Coca-cola going through my nostrils...

Seriously, though, I think the most important thing we can say about the folks at NCR is: they need our prayers most urgently.