HALF MOON BAY, Calif. (KGO) -- Seven people are dead and one is critically injured following shootings at two farms in Half Moon Bay this afternoon, a source confirmed to ABC7 News.

The shootings were reported at Mountain Mushroom Farm and Concord Farms.

The suspect has been taken into custody, sheriff's officials said.

Locals tell us it is known to be a marijuana growing farm.

The Year of the Rabid

These things come in waves. 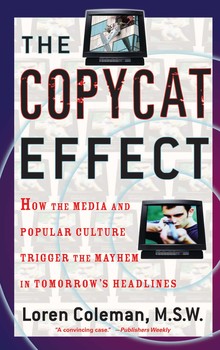 Gonna get worse. Was walking the beach in Pacifica yesterday, and marijuana smell was everywhere. Multiple cannabis shops nearby. This industry attracts criminal elements and the crime will worsen. Half Moon Bay is ten minutes away down the coast.

If only California had the gun laws of Texas maybe their mass shooting problem might improve.

No mention if assault pistol used by perpetrator.

The 24 hour news cycle, smartphones and social media allow folks on the edge to be encouraged by those who have already jumped off. Before these things existed, they might have simply lived out their lives peacefully in nutbar isolation.

Is Gavin going to fly his Chinese flag at half staff tomorrow to honor this event?

Could the Tongs be involved in a bit of a turf war? I would think that the MEX cartels would not like the competition and shoot up the farm. However, the Chinese/Chinese angle usually would be grudges or tongs. I would call a long shot if the CCP was involved to eliminate people on government wanted list blackmailing Chinese nationals to commit these acts. Falun Gong members and dissidents are always wanted by the CCP. A few dead ones would make good propaganda in the right circles.

Chinese New Year is apparently going to be a new day to stay at home with the covers up to our chins and read about the slaughters the next day.

Ann Coulter (not her fan) said Muslim holy days are tough for Americans. People get shot, stabbed on the sidewalk, or blown up by a nail bomb. Ramadan is especially violent.

Contrasted with ordinary holidays like Thanksgiving and Christmas were loved ones travel to gather at festive meals and exchange presents and make kids laugh.

About 3-4 weeks ago, a know member of Sinaloa Cartel murdered a legal MJ farmer/processor in southern Oregon, less than a mile from where we lived until 2002. There is also now a largish CBD processor less than 1/2 mile from our old hom3e.

Glad to be gone; sold after drug dealer bought acreage across the road from us: handwriting was on the wall.

Very unusual for an Oriental man to be involved in mass shooting, let alone two of them back-to-back.

They are coming after law-abiding citizens’ guns. That’s clear as can be. The push for “gun control” is going to be non-stop in the coming days.

Somebody’s Telefon rang ... need some mass shootings outside of the negro community to push gun control.