Column: Rural climate skeptics are costing us time and money. Do we keep indulging them?
The Los Angeles Times ^ | September 27, 2022 | BY ERIKA D. SMITH, ANITA CHABRIA

GREENVILLE, Calif. — Looking back, Bradley Bentz doesn’t know what took him so long to move out of Los Angeles County.

For decades, he’d lived a short walk from the Santa Anita Park racetrack and a few minutes drive to the Rose Bowl in Pasadena. It was the typical city life.

“The cars and the smog. The noise. The lights that you can’t even tell when it’s dark,” Bentz said, shaking his head as if waking up from a nightmare. “I just couldn’t do it.”

So he headed to the sparsely populated mountains of Plumas County. He joined the U.S. Forest Service, started a family and eventually settled down just outside of Greenville, becoming the second-generation owner of his father-in-law’s business, Riley’s Jerky.

This is the part of the state where climate change has become a full-fledged existential threat. Sure, Southern California is prone to its fair share of disasters, but it is in Northern California where catastrophic wildfires aren’t just likely but are certain to destroy remote small towns for decades to come.

Greenville, which burned down in last year’s Dixie fire, should serve as a potent reminder of this risk. But maddeningly, the people who love living in these rural wildlands don’t see it that way. Instead, they look at it as just one more challenge to overcome, like spotty cellphone service and far-off grocery stores and hospitals.

It’s a belief so widespread, so divorced from the terrifying reality of climate change, that the rest of us in California can’t keep ignoring it. Doing so is simply costing too many lives and too much money, and wasting too much time. Soon, living in rural Northern California won’t be as safe, as sustainable or even as beautiful as it once was. The Dixie fire was just the beginning.

These two idiots should give up their phones and their electricity and show us how to eat roaches.

3 posted on 09/27/2022 2:29:05 PM PDT by Luke21
[ Post Reply | Private Reply | To 1 | View Replies]
To: Oldeconomybuyer
The urbans and the tawny toned are angry that the rural folks don't want to take part in the multi-hued racially charged tapestry of diverse urban violence and vegan tapas bars.

What a gigantic steaming load. The cities aren’t supporting rural America, just the opposite.

California and all its Citizens can burn down.

Since these hypocrites never will, maybe we need a good cataclysm to drain the gene pool a bit.

Climate Cultists are a pain in the rectum. Why do rural people keep sending food to them?

More evidence — as if any were needed — that the far left believes “democracy” requires ignoring the will of the voters. 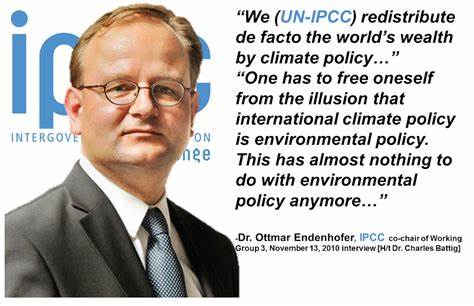 The terrifying reality of climate change.......

A couple of Disney Princesses posing as climate experts. ROTFL!!! They shouldn’t let us hold them back. They should empty their coin purses and Save da Gaia Mother. We’ll catch up later.

Idiot diversity hires don’t need to prove anything, including competence.

I have siblings that say this.

They have been taught that if you don’t live in a big city, you are a parasite and are killing the environment.

The enviros won’t let the proper forestry be done to mitigate these fires by clearing the underbrush and,yes, harvesting timber. The enviros are responsible for the climate on the ground that is fueling these huge fires.

A couple of mesquite bushes in Los Angeles County are missing their Greenie decorations...

So fires are a new thing? Why were there songs about the fires half a century ago?

......But maddeningly, the people who love living in these rural wildlands don’t see it that way. Instead, they look at it as just one more challenge to overcome.....

They’re right!!!! There have been occasional wildfires for decades!!!!

“Soon, living in rural Northern California won’t be as safe, as sustainable or even as beautiful as it once was. The Dixie fire was just the beginning.”

Sounds like a threat. More of the reporter’s Antifa buddies coming to start fires this summer?

50 years ago it was the hippies in the communes saying the opposite. The left will use whatever suits their propaganda.