The establishment media on Monday propped up Rep. Liz Cheney (R-WY) before her “likely” loss on Tuesday against Trump-endorsed Harriet Hageman.

Acknowledging that Wyoming voters will vote Cheney out of office on Tuesday, the establishment media did what they could to put a positive spin on Cheney’s reelection prospects. If she loses, she would be the eighth pro-Trump impeachment Republican out of ten to exit Congress in 2022.

“Liz Cheney’s political life is likely ending — and just beginning,” the Washington Post titled its Monday article on the election between Cheney and Hageman.

“Cheney is clear-eyed when it comes to her chances of actually winning the presidential nomination in a party that is still so loyal to Trump, according to friends and advisers,” Paul Kane of the Post claimed. “She sees her future role similar to how she views the work of the Jan. 6 committee: Blocking any path for Trump back to the Oval Office,” Kane said, adding, “Traditional conservatives opposed to former president Donald Trump have already discussed the possibility of Cheney running for the White House.”

THE most important thing to the Bush League has ALWAYS been to block the citizens from electing a President who would side with the citizens and the rule of law and stop the illegal alien inundation.

The crush that the liberal media currently has on Liz Cheney would disappear the instant she announced a run for President against a Democrat.

She is a dope. Zero political or self awareness.

Her demented derangement for one man takes up all her time.

Murkowski’s day may come tomorrow as well I believe.

It would be glorious to smash both of these wenches in one day.

Liz gets yet another ‘urgent!’ Dirct Message on Twitter from
an A, Kinzinger: “Liz, after you disintegrate on Tuesday, what about me? Where am I supposed to go to? I used to think we were a team. You’re leaving me high & dry!”

The fate of the Trump Haters within the republican party is in itself proof that 81 million people never voted for Joe Biden.

At least they now ADMIT the partisan committee exists to block Trump:

She sees her future role similar to how she views the work of the Jan. 6 committee: Blocking any path for Trump back to the Oval Office

Well, there's a long line of people already doing that, she can get in line.

13 posted on 08/15/2022 10:57:16 AM PDT by Bratch
[ Post Reply | Private Reply | To 1 | View Replies]
To: rightwingintelligentsia
The crush that the liberal media currently has on Liz Cheney would disappear the instant she announced a run for President against a Democrat.

Indeed. The Deep State Media would bring us images of Dick shooting his friends on bird shooting trips as well as reminding us that her daddy was the “Torturer in Chief” (as they called him) for Chimpy George Bush Junior.

She should switch parties - it’s her only hope

Wasn’t she promised a position as a newscaster at MSNBC?

She can sit over there, join in - and bash Trump all day long - and no one will watch.

Tomorrow’s victory will be sweet - just as sweet as Clair McCaskil losing to Josh Hawley in Missouri.

“Hawley had 53 percent of the vote to McCaskill’s 44 percent.”

I think tomorrow’s spread will be even greater.

We, the MSM, will prop her up as long as possible. We’ll give her a show on MSNBC and she’ll have enough guest appearances on “Face The Nation” or CNN to make it profitable for her. We’ll make sure that she is frequently sought out by the Washington Post or LA Times whenever we’re trying to appear non-partisan (which by the way, we’re not). We’ll give Liz her additional 15 minutes of fame until a point where she’s not really useful to us anymore - you know, like Christine Blasey Ford.

Look what they did the their beloved McCain...

As soon as he went against a dem he was hitler 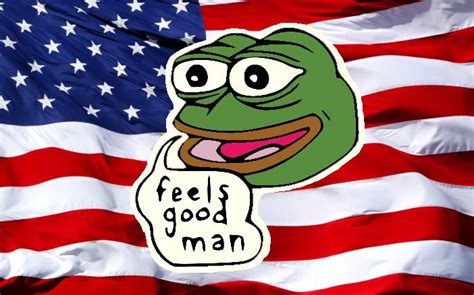 Elective political positions are a vain hope for Liz Cheney at this point, as she has become radioactive, but appointive positions, with the right mentor, can get her a long ways even yet. Even “consultant” positions, ostensibly “outside” government, either with an NGO, or as a lobbyist on K Street in DC, are also nice gig work.