The lawsuit was originally filed by an unnamed obstetrician-gynecologist, an unnamed nurse midwife and Our Justice, a Minnesota nonprofit that helps those seeking abortion, in 2019, claiming that several state abortion laws were unconstitutional because they violate the right to privacy, equal protection, free speech, the prohibition on special legislation, and a prohibition on vague laws.

Monday, Judge Thomas A. Gilligan, Jr., ruled that the laws violate the state’s constitution and stopped them from being enforced, effective immediately.

He based his ruling on the state’s landmark 1995 Minnesota Supreme Court ruling, Doe v. Gomez, making abortion access a fundamental right in the state constitution.

The ruling comes less than three weeks after the U.S. Supreme Court overturned Roe v. Wade, enabling states to ban abortions. Gilligan, however, explicitly noted that the ruling didn’t affect his decision in this case because Minnesota’s Constitution offers greater protection than the U.S. Constitution.

Below is a look at what each law mandated and what the argument in the case was in favor of and against it.

The physician-only law only allowed physicians to perform abortions. The plaintiffs argued that the law made abortion less accessible and less affordable when qualified advance-practice clinicians and (to an extent) some advanced practice registered nurses have the skills for abortion care. The defense largely agreed.

The hospitalization law required abortions after the first trimester to be performed in a hospital or abortion facility. The plaintiffs argued that dilation and extraction is equally safe in a hospital and an abortion facility, except for certain cases. The defense contended that it keeps pregnant women safe by ensuring safe and sanitary facilities for the procedure.

The reporting laws at issue require physicians and abortion facilities to make specific reports to the state’s health commissioner. Those reports include when a woman dies from any cause within 30 days of an abortion or within 90 days if possibly related to an abortion; calendar-year data for 13 abortion-related categories; abortion complications; information on the informed consent that patients are given; and the health commissioner’s public report on abortion data from physicians and facilities. The plaintiffs argued that the reports burdened patients and health care providers and coerce the disclosure of information. The defense contended that it’s important for the public to understand how frequent and safe abortion is.

The two-parent notification law required both parents of a minor to be notified 48 hours before a minor’s abortion procedure. The plaintiffs argued that, by 14, most minors can provide informed consent for medical care the same as adults, most already discuss the procedure with a trusted adult and some can’t notify both parents even if they want to due to other circumstances.

The mandatory disclosure law required informed consent — covering medical risks of the procedure, age of the fetus, medical assistance benefits, the father’s liability for child support and the right to review health department documents — 24 hours before abortions. Experts noted that some of the information required in the law wasn’t substantiated by research. The defense contended it ensures up-to-date information is given to patients but admitted that some of the information isn’t substantiated.

The physician disclosure law required some of the informed consent to be made only by the physician performing the abortion or a referring physician. The plaintiffs said other qualified personnel are capable of delivering that information.

The mandatory delay law required a 24-hour waiting period, absent a medical emergency. The plaintiffs argued the law singled out abortion patients for unique treatment, as other procedures with potentially life-altering effects don’t require the same waiting period. The defense contended it allows for further consideration.

What is the response to the ruling? Attorney General Keith Ellison issued the following statement to 5 EYEWITNESS NEWS regarding the ruling:

“My team and I are reviewing the 140-page decision and are beginning to consult with our clients about any next steps. It’s clear Judge Gilligan, who has had this case for three years, has put much thought into this decision that he clearly did not take lightly.”

Shayla Walker, executive director of Our Justice, said, “Restrictions on abortion care not only make essential health care financially and logistically inaccessible, they also disproportionately impact people of color, people with low incomes, queer and trans people who reach out to our abortion assistance fund. In light of the Supreme Court overturning Roe v. Wade, every piece of red tape matters for Minnesotans and people traveling to Minnesota for abortion care. Today’s ruling is an important step toward making abortion accessible to everyone who needs it.”

House Minority Leader Kurt Daudt, R-Crown, issued a statement calling on Ellison to appeal the decision, adding, “Republicans will continue to defend common-sense pro-life laws that protect the health and safety of mothers, and work to overturn this reckless decision that puts mothers’ lives at risk.”

“The laws challenged in this case are commonsense measures that support and empower pregnant women,” Minnesota Citizens Concerned for Life Executive Director Scott Fischbach said. “Today’s ruling striking them down is extreme and without a foundation in the Minnesota Constitution. Even the U.S. Supreme Court, under Roe v. Wade and subsequent decisions, allowed these very modest types of laws. Yet today’s ruling blocks them and prevents Minnesotans from enacting reasonable protections for unborn children and their mothers. The decision must be appealed.”

5 EYEWITNESS NEWS has also reached out to Gov. Tim Walz’s office for comment but hasn’t yet heard back.

Judges are not legislators.

Judges do not have the power to write or erase laws.

Apparently the judge in this case didn’t get that memo... 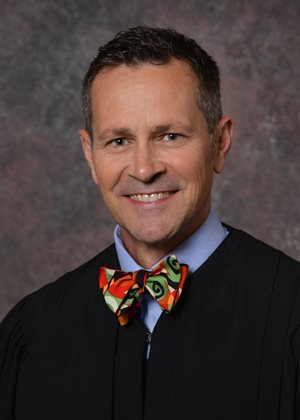 That should be the headline, followed by “new opening at local court. “

Judge shopping. Leftist favorite pass-time. Like cheating, they can’t win any other way. And in my book, IT’S NOT WINNING!

8 posted on 07/12/2022 11:50:12 AM PDT by Sacajaweau ( )
[ Post Reply | Private Reply | To 1 | View Replies]
To: ButThreeLeftsDo
The plaintiffs argued that the law made abortion less accessible and less affordable when qualified advance-practice clinicians and (to an extent) some advanced practice registered nurses have the skills for abortion care. The defense largely agreed.

Hard to have a working adversarial system when there is no adversary.

This has to do with Minnesota only. And thats exactly what the Supreme Court did... pushed this back to the states.

Tomorrow I go vote early for Value them Both in Kansas to amend the state constitution. Two abortion doctors filed and won a law suit three years ago and our liberal SCt found that the Kansas Constitution has a secret right to abortion. I do think that if we lose this battle that the case needs to be reviewed.

Why should he? The judge struck down just about anything that would make it harder to obtain an abortion.

iow... it should all be removed from the books and restrictions for its practice put in place

Sadly, leftwing communist judges (including SCOTUS) DO have the power to write or erase laws due to the power they gave to themselves.

In fact, they've been doing it for decades.

It might be fun to read his decision. I wonder what he bases it on, regarding what’s in the constitution. Perhaps he’s finally found a use for the 9th amendment. 🤣

True, but that won't stop our resident "experts" claiming that this is unconstitutional defiance of the US Supreme Court.

I - very much - want an end to abortion.

That being said, the SCOTUS did not outlaw abortion. They only said that abortion is not a Federal right.

States can, and will, legalize abortion to lesser and greater extents. The pro-life people now have 50 fights on their hands.

There were many, many legislatures that did not want to go on the record being for or against abortion. Roe v Wade gave them political cover. That is now gone and they have to pick a side.

We should send all that vote for abortion “Friends of Moloch” t-shirts...

I never have understood justifying abortion on the basis of a right to privacy.

Does this mean that it is okay for me to murder someone so long as I kill them in a place where no one will see me?