"It always baffles me when guys use Jesus as their excuse to discriminate."

Openly gay pro-baseball player Bryan Ruby is outraged over some Tampa Bay Rays players’ personal decision not to wear rainbow-colored logos on their uniform for Pride Night, in at least one case expressly for “faith-based” reasoning.

Ruby, who has played in the minor leagues but is reportedly taking June off, trashed the players in an interview with USA TODAY Sports, claiming their actions make other gay people feel like “second-class citizens” and are using Jesus to shield their homophobia.

“It always baffles me when guys use Jesus as their excuse to discriminate,” Ruby told the news outlet. “Like, wasn’t Jesus the guy who preached ‘Love Thy Neighbor.'”

“This isn’t about religion,” he continued. “This is about being a good teammate. When guys go out of their way to make a point of opposing Pride Night, they’re sending a clear message that people like me just aren’t welcome in baseball. It’s a reminder that even on the one night we get to be proud of ourselves at the ballpark, we are still second-class citizens. It’s as simple as that.”

“It’s a hard decision,” the pitcher said. “Because ultimately we all said what we want is them to know that all are welcome and loved here. But when we put it on our bodies, I think a lot of guys decided that it’s just a lifestyle that maybe — not that they look down on anybody or think differently — it’s just that maybe we don’t want to encourage it if we believe in Jesus, who’s encouraged us to live a lifestyle that would abstain from that behavior, just like (Jesus) encourages me as a heterosexual male to abstain from sex outside of the confines of marriage. It’s no different.”

“It sends a very clear message, and that message is: LGBTQ people are not welcome here,” he claimed. “A lot of guys just don’t get that they’ve always had, and will continue to have, gay teammates. Such antiquated language and behavior actively hurts the team. It’s hard enough to be gay in baseball.”

“I can’t help but notice that for the 146th consecutive year, there are zero openly gay players in Major League Baseball,” Ruby added. “And when your own teammates could publicly gesture that you don’t belong there, it’s damn near impossible to succeed in the sport.”

The athlete also took a swing at Rays management for suggesting no divide was brewing on the team.

“I wonder if Rays management would parrot their completely bogus message of supporting ‘diversity and inclusivity’ in the organization if Rays players flat out refused to wear number 42 on Jackie Robinson day,” Ruby said. “Don’t get me wrong, Pride Nights are great for the fan base and surrounding community, but they do very little to address the situation in the locker room.”

“When your teammates go out of their way to indicate they don’t accept you, it can be absolutely crushing, and obviously pretty damn hard to suit up and play well,” he continued. “What does it say to all the young minor leaguers dreaming of one day getting a shot in the big leagues? That once you get there, you can live your dream but only at the cost of hiding your authentic self from the world? It’s both sad and infuriating to know most other guys like me are relegated to walking on eggshells in the shadows of a culture still eerily reminiscent of the ‘Don’t ask, don’t tell’ world we supposedly moved on from over a decade ago.” 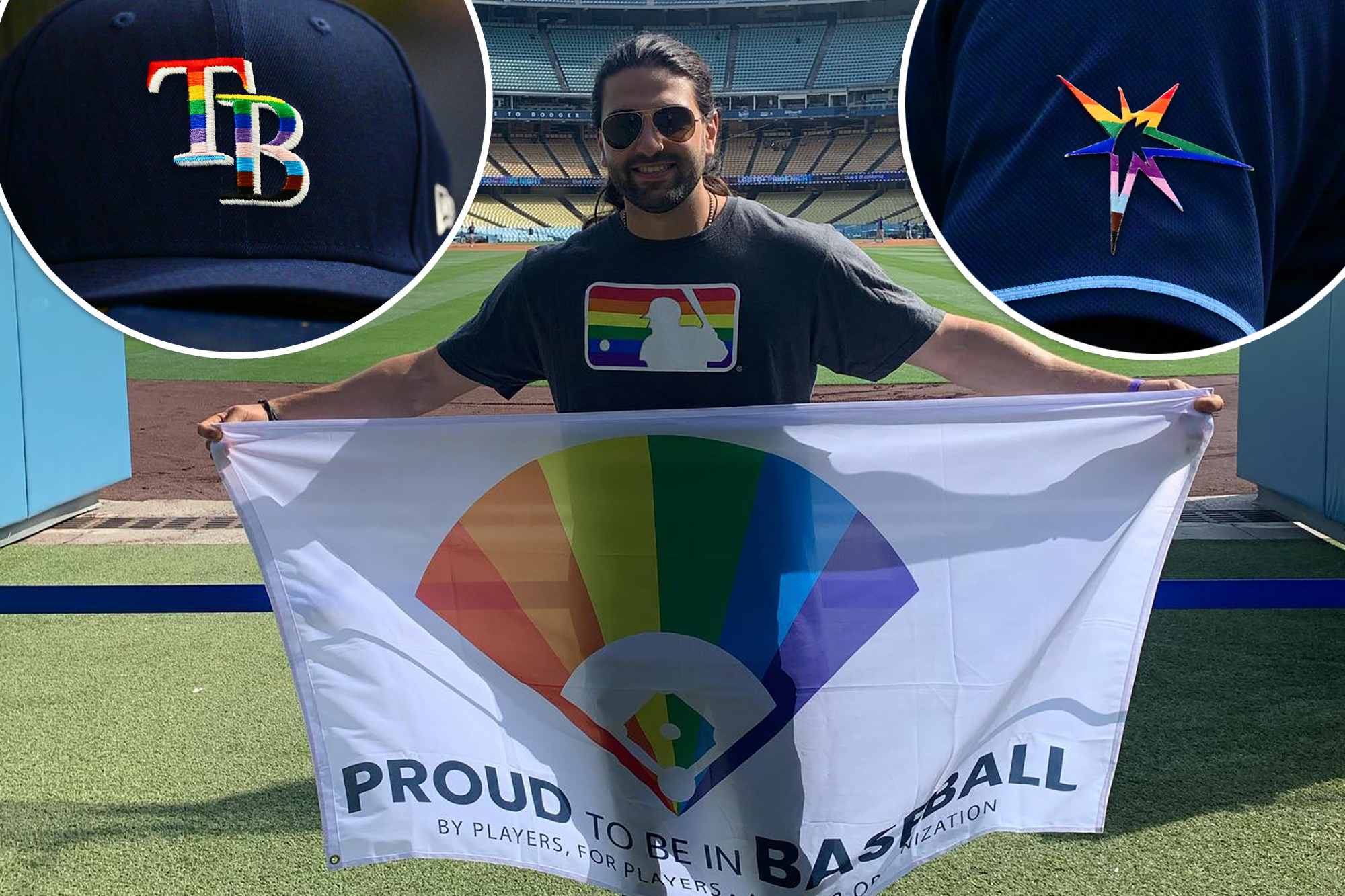 Just keep it in the bedroom, Bryan

So he’s a pinch hitter?

Soooo is this joker still in the Minors or not? And he’s taking the entire month of June off? Perhaps he’s going to Disney

So-called “Pro” player who has never gotten above the minor leagues, and apparently can’t even cut it there.

It sounds like the KY Cowboy, the fabulous ravishing Ruby is upset because a lot of us aren’t buying his “In Yo Face” Homo BS.

The fag says it isn’t about religion. Really? It is about religion. The Bible makes this Crystal Clear.
Men who sleep with men are an ABOMINATION in the eyes of God. Women who sleep with women is an ABOMINATION in the eyes of God.
This could not possibly be more clear. The fact that there are people who do so and do not want to be called out about this does not change this fact.
Islam also shares this fact. The Fags do not show anywhere near the outrage towards Islam they display towards Christianity.
Why? It is my belief that it is because they FEAR the murderous Islamists and do not fear Christians in the least.

The other players should complain that he’s creating a hostile work environment.

Wearing 42 is not a prohibited act in the bible. You can’t be that dumb.

Would they wear bible verses in support of Christian’s beliefs?

“Why? It is my belief that it is because they FEAR the murderous Islamists and do not fear Christians in the least.”

100% correct. They trash my religion but turn docile when it comes to the ragheads who enjoy killing poofters in oil rich sheik countries..

I recognize no emblem other than my team. I recognize no other flag but my countries. The causes I support are my own and not yours. How hard is that to say and do?

What a self absorbed twit.

So what was his problem again?