One of the things that’s bewildered me for almost 20 years is why poll workers are so often Democrats. I assumed it was because Republicans were too passive and disinterested to get involved at the ground level. This matters because, as both Stalin and Biden said, what ultimately matters is who counts the votes—and the next closest thing to counting the votes is being a poll worker. I just learned that I owe Republicans an apology. It turns out that, in 1982, the RNC entered into a consent decree that prohibited it from aggressively enlisting poll workers, and that consent decree only fully ended last year.

The consent decree isn’t a secret. It’s simply that I hadn’t paid attention to it before and, I’m betting, many of you hadn’t either. Breitbart has the story:

The consent decree was the result of a settlement with the DNC after the DNC sued its Republican counterpart for allegedly intimidating voters in predominantly Democrat areas of New Jersey during the state’s ultra-tight 1981 gubernatorial contest, as reported at the time by the Herald-News.

In a 2020 op-ed in the Washington Post, McDaniel detailed the numerous longstanding limitations the consent decree had placed on her organization and wrote of its newfound freedom that “the playing field” was “level again.”

What happened in 2020 was that the RNC was finally able to recruit poll watchers (but, as we know, Democrat poll workers often managed to kick them out). However, that’s only part of the battle. All other activities, including recruiting poll workers, had to be done under the umbrella of a presidential candidate’s own efforts. So it was the Trump campaign, not the RNC, that recruited poll watchers, and Trump lacked the wide and deep infrastructure the RNC has.

That was a really stupid settlement. Knowing how democRATs operate the “intimidation” was probably a fabricated accusation.

3 posted on 01/28/2022 4:25:58 AM PST by Ann Archy (Abortion....... The HUMAN Sacrifice to the god of Convenience.)
[ Post Reply | Private Reply | To 1 | View Replies]
To: MtnClimber
I assumed it was because Republicans were too passive and disinterested to get involved at the ground level

The most dedicated Republicans I know are excellent at getting enough coffee rings for the after meeting socials.

That was an amazingly stupid agreement, even for the Republican establishment. I’m sure the original complaint was bogus. A nation-wide agreement for 40 years over a complaint in NYC? I guess we are lucky they didn’t apologize for existing and disband.

Watch Steve Bannon’s War Room; he provides examples of how if we are going to save this country, we have to volunteer and get involved in local politics. For example, in Virginia in the election prior to Youngkin’s victory, the Rs had 10-15 percent of the polls covered with poll watchers. This election, there was a spontaneous uprising of volunteers and the number of polls covered went to 93 percent. Look at the results!

That was intentional. Republican party is not a true opposition party, not in 1981 not in many years I think. Same club, but controlled opposition. Probably both parties are sock puppets.

Of course it was.

It just points to what we all know. Establishment republicans have zero spine. 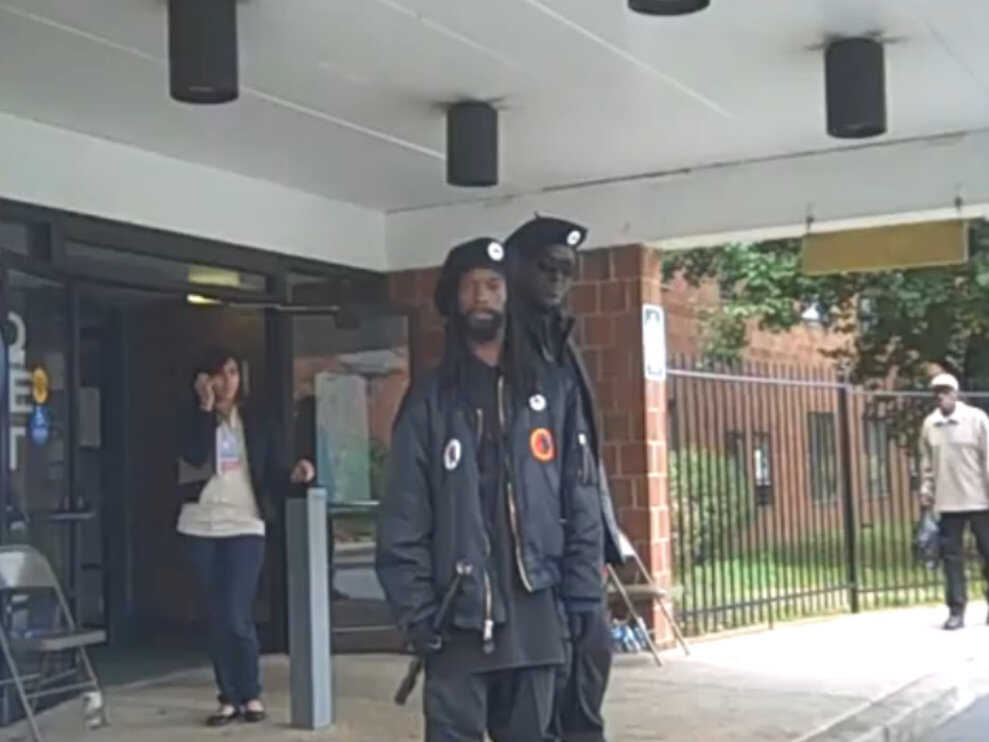 By the time I was in the 1st grade I knew dead people could vote.

I thought Jeff Sessions while he was AG arrested and prosecuted those two bums?

If you want to be a poll worker then sign up, believe me, they nearly always need more.

My district is slightly more republican than democrat and our poll workers are fairly evenly split as well... but if you have more democrats than republicans in your district as poll workers, its likely because those are the folks who signed up....

Now, different states do things differently, my experience is in a suburb of a city in PA.

The typical poll workers party affiliation really doesn’t matter much... all the poll workers do is check in the person verify they are in the book and put them on the machine, and if not in the book check to see if its a mistake with county... and if someone is ADAMANT about voting even if they can’t be confirmed they are given a provisional ballot.

If you want to work/volunteer at the polls then sign up and do it. It’s one day, twice a year generally at most. Its a long day, typical polling work day for me is 6am to 9pm.. Bigger districts may be longer.

“It turns out that, in 1982, the RNC entered into a consent decree that prohibited it from aggressively enlisting poll workers, and that consent decree only fully ended last year.”

Wait a minute. I thought that was a “conspiracy theory.”

Of course in this age of “enhanced” voting procedures, are poll workers nothing more than a quaint anachronism?

“””That was a really stupid settlement. Knowing how democRATs operate the “intimidation” was probably a fabricated accusation.”””

It appears the GOP has a track record of entering into settlement agreements that guarantee they will lose.

Is it because there is really only one party in the USA called the UNIPARTY??????

No. They were arrested and charged during Holders time in office. Holder dropped the charges and forced out the prosecutor who was handling the case.

Don’t think the accusation was fabricated.

But the total capitulation that followed seems way out of proportion to the alleged offense. 40 years of exile? That’s punishment of biblical proportions.

So, the Republicans have been mind-numbingly stupid and servile for at least 40 years.

Nonetheless, my fellow workers are overwhelmingly teachers and city workers with only a couple of token Republicans.

In the last election I was told that mail-in ballots were counted by a "different group" proving the fix was in!