A bill introduced on Tuesday would allow for another increase in the debt limit, and forestall expected Medicare reductions that are a sole result of Democrats’ agenda.

Just when Democrats and their agenda continue to flounder, along comes Mitch McConnell to give them another lifeline.

Rather than using the mismanagement of the Senate by Majority Leader Chuck Schumer to extract concessions, McConnell gave two huge concessions to bail Schumer out of his self-inflicted wounds. A bill introduced on Tuesday would allow for another increase in the debt limit, and forestall expected Medicare reductions that are a sole result of Democrats’ disastrous agenda. It’s all part-and-parcel of the McConnell approach—to lose as efficiently as possible.

The bill contains two components. One would create a process allowing a “one-time only” increase in the debt limit to pass on an expedited basis in the Senate. The increase must occur between now and January 15, and must contain a whole-dollar amount increase in the limit. The language means that Democrats could not just vote to suspend the limit, and allow the Treasury to incur unlimited debt between now and a certain date.

The one-time debt limit increase resolution complying with this process could pass after 10 hours of debate and without amendment. Effectively, then, passing this bill would allow Democrats to pass the subsequent resolution (likely within the next 7-10 days) increasing the debt limit on their own—i.e., with 50 Democrat votes in the Senate—and without the potential of a Republican filibuster.

I previously explained that, at present, Democrats cannot pass any debt limit increase on their own, unless all 50 Democratic senators agree to abolish the filibuster, which several Democrats have said they will not do. As a result, McConnell and Senate Republicans have immense leverage to demand policy concessions—for instance, a halt to Democrats’ plans to ram the Build Back Bankrupt plan through Congress. Here, as in October, McConnell has chosen not to use the leverage he has.

If you think that’s bad enough, as the old infomercial saying goes, “But wait—there’s more!”

The bill would also delay a series of desperately needed spending reductions scheduled to take place in January and February. The bill would:

This last provision absolves Democrats from the fiscal consequences of their “COVID relief” bill earlier this year. Because that bill increased the deficit by nearly $1.9 trillion, the Statutory PAYGO law would have required the Office of Management and Budget to issue a sequester order earlier next year, mandating offsetting reductions to Medicare and other agricultural programs.

Consider the twisted logic of unnamed aides trying to pitch the advantages of this strategy to the press: “GOP leadership views the agreement as a win for them because…a quicker [debt limit increase] process also lets them [i.e., Republicans] spend more time attacking Democrats over their social and climate spending plan.”

That claim doesn’t pass the smell test, on two levels. First, what better way to attack Democrats over their fiscal policies than to allow reductions in Medicare payments to take effect as a result of those skewed policies? Moreover, as Democrats themselves pointed out earlier this fall, a quicker process lets Democrats spend more time passing their social and climate spending plan.

Second, by delaying rather than eliminating outright the scheduled spending reductions, it allows Republicans to claim that they’re not letting Democrats “off the hook” for the fiscal irresponsibility of their $1.9 trillion budget-busting bill earlier this year. But think about it: If Republicans can’t force these spending reductions to go into effect with a Democratic House, Democratic Senate, and Democratic White House—and Democrats trying to jam through another budget-busting bill on a party-line vote—what chance do you think they will let these spending reductions go into effect early in 2023, particularly if Republicans gain control of one or both chambers of Congress?

Then again, if Republicans act this way, by aiding and abetting Democrats’ fiscal irresponsibility, perhaps they don’t deserve to retake the majority in the first place.

Nazi Pelosi and Chuck Schumer would be utterly ineffective without
Mitch McConnell and Lindsey Graham’s ceaseless double agent efforts
to harm this nation and its people.

Those two have brought us more evil than Chuck and Nancy ever
could have done without these RINO double agents working overtime
against our interests and our Constitution.

I’m listening to Graham on Fox right now, berating China for human right
abuses, while he utters not a single word about our own January 6th
political prisoners. SPIT!

My God. HOW do we get rid of these people? And RINO Crenshaw calls the people who DO fight for us “grifters”.

That is because you are likely a normal person, and normal people are angered more when, instead of being stabbed in the chest from the front by a known enemy, they are stabbed in the back by an ostensible friend or ally.

Mitch does what his ChiCom inlaws tell him to do.

It’s all about giving aid and comfort to the enemies of the United States.

I’m confused; If Biteme’s BBB has zero cost why is it necessary to raise the debt limit?

Partner, "Me Too" and hopefully a lot more "Conservative Americans.

It will happen like that other Freeper (Handle that I do not remember at this time) said that it would happen since we do not have really "Conservative Republicans."

It means that Mitch McConnell will go with some increases in the budget since Mitch and the Democrats want to increase the debt limit.

Damn it when are we going to stop the increases in Debt limits.

MM is and always has been corrupt to his very core. 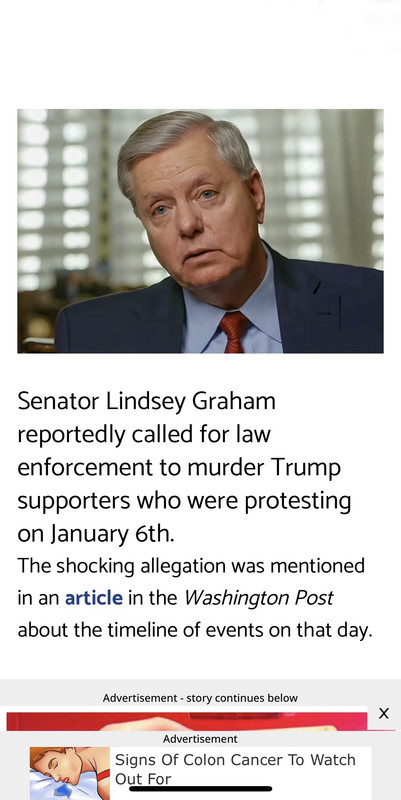 Of course he did.
What a POS

China Mitch won’t get any better as long as Trump continues to GOTV for Quisling GOP Senators who made him Senate GOP leader. No GOP Senator who voted for McConnell to be GOP leader should be supported. Period. McConnell is nothing more than a flak catcher for the GOPe. They party owns everything he does.

In 2017 and 2018, when McConnell and Ryan could have sent
Trump just about any Conservative bill they wanted, and he
would have signed it, they took nearly a complete pass.

They gave us one good bill, and even that was tarnished
because it sunsets in two years. That was the tax bill.

Mitch and Ryan were just beaming as they passed that thing,
without making it permanent.

There are times when I wonder if we could collectively
find one set of manhood, or an IQ over 100 in the
Republican ranks in the House and Senate.

Hey! The Party boys on here say you WILL vote for Graham, McConnell and anyone else they trot out, even another Bush!

Who do you think you are opposing a Republican party nominee, don’t you know the Democrats will win and then where will we be?

Sure. Why hate a shark or a jelly fish for being vicious. It’s who they are. A supposed human who does there bidding, though...

Mitch McConnell has to go!

This is why some of us have zero faith in GOP Inc.

Time for a new movement.