LAUSD discouraged students from celebrating Thanksgiving, instead pushing division to erode the quintessential American holiday and undermine our traditions.

The Los Angeles Unified School District, the second-largest public school district in the nation with more than 640,000 K-12 students enrolled, discouraged students from celebrating Thanksgiving this year, instead offering an alternative holiday in its place.

The LAUSD Office of Human Relations, Diversity & Equity prepared a number of presentations called “Advisory Lessons” that push left-wing beliefs and are intended to be shown to students. The website also describes the need for teachers to talk to students about “power, privilege, oppression, and resistance.”

One such lesson is called “Let’s Talk About Thanksgiving.” It starts out innocently enough, asking students if they prefer pie or turkey. Then the presentation lists a number of objectives, one of which is “Reflect on how you can honor the true meaning of Thanksgiving.”

What exactly is this true meaning, you might ask? The presentation doesn’t waste any time, jumping into a video from MTV titled “Everything You Know About Thanksgiving Is Wrong.” It challenges the finer details of the first Thanksgiving, like the nature of the food that they ate and the clothes that the pilgrims wore. The video goes on to entirely overshadow the three-day pilgrim festival at which 90 members of the Wampanoag tribe were present, the event that would later go on to be called Thanksgiving.

It does, however, discuss the extensive history of violent conflict between Native peoples and the pilgrims, all while falsely framing such conflict as if it was exclusively initiated and carried out by the European settlers. The rest of the presentation maintains this theme.

One slide contends that unnamed researchers doubt that the pilgrims and natives ever had a celebration of unity, despite a historical record that documents a three-day festival where members of both groups celebrated together. It once again cites settlers’ attacks against the natives while not mentioning aggressive actions taken by the natives against settlers.

Students are then directed to a website where they can discover “whose land you are on.” It also says that “LAUSD headquarters … is on Chumash, Tongva and Kizh land.” Note that the slide show does not refer to the land in the past tense but instead says that the area is currently Chumash, Tongva, and Kizh land, implying that these tribes, not the state of California or the United States of America, continue to have a legitimate claim to the area a century or more after they were conquered by settlers and U.S. armies.

The presentation concludes with a video from Teen Vogue that claims that the “true story of Thanksgiving” is that “after every killing of a whole village, these European settlers celebrated it and then called it Thanksgiving” and that people who celebrate Thanksgiving are “celebrating the deaths of many people.” The video ends with a group of girls flipping over a Thanksgiving table.

LAUSD isn’t content with simply deconstructing Thanksgiving, they’re also intent on replacing it with a different holiday. That’s why they made a presentation labeled “National Day of Mourning,” which bears the subtitle “Learn about the day of protest held by Native Americans to mourn ancestors and the theft of their lands.”

The presentation provides a historical overview of the Day of Mourning, citing the original protest that was held in Massachusetts in 1970. It goes on to note that “The National Day of Mourning hopes to educate folks about the true history of the colonization of America and end the national myth” and that it is a way for “Indigenous people to remember their ancestors and grieve their genocide.” This holiday is held on the same day as Thanksgiving.

The presentation also includes a reflection page that asks the question “Do you think people are starting to re-think their understanding of Thanksgiving?” One doesn’t have to read very far into these two presentations to realize that the administrators at LAUSD who created these lessons fully intend for their students to reconsider Thanksgiving, specifically to see it as a celebration of racist violence rather than how it has traditionally been regarded as a celebration of unity and gratitude.

There is nothing wrong with a person mourning the loss of aspects of his culture, or the evils that accompany war. But both presentations were permeated with an air of faux impartiality. This is the exact danger. By disingenuously framing their politics as legitimate academic disciplines or good-natured attempts at intellectual inquiry, they shroud their real aims.

To naively accept that the LAUSD was simply motivated by a desire to engage in historical or cultural preservation rather than to indict American traditions as uniquely racist is to ignore what we’ve learned from a year that’s been replete with controversies surrounding critical race theory.

Their presentation on Thanksgiving sheds light on their motives. Notice how all historical nuance had been discarded. In the name of telling the true history of the holiday and native – settler relations, they entirely ignored that violence between the two populations went both ways, the barbaric practices of many indigenous tribes including the abuse of women and ritual torture, that the violence was punctuated by periods of peace and treaties, or even that the Native American population was segmented into different tribes, each of which had distinct experiences with each other and settlers.

Furthermore, if decrying conquest and the cultural erosion that stems from it, not engaging in grievance politics, was their goal, where are the mentions of any of the numerous cases of violence between native tribes? The unfortunate reality is that violent conflict has been a defining feature of the human experience, regardless of the people, place, or time one studies. Acting as if conquest is specific to a population or a country is dishonest, serving only to engender animosity against peoples or countries that have been deemed as uniquely guilty.

This rejection of historical nuance is highly politically expedient and has, in this instance, been leveraged by LAUSD to needlessly push division and erode a quintessential American holiday. While fighting back against the critical race theory that’s invaded American schools is a long and arduous process, there is a simple way you can push back against those who undermine our traditions. Keep celebrating.

Screw ‘em. My family had a beautiful Thanksgiving, in the true meaning of the word we were together to give thanks for our blessings and it was great. 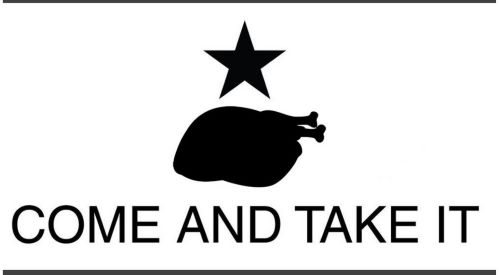 What a great idea! Let's teach our kids that they, their parents, and all their relatives before them were all evil people. If the people of CA really feel this way, they should form their own country because they clearly do not share the sentiments of most Americans.

They can forgo the holiday and report to school and grade papers all day.

No. The problem is we’ve let them run for school boards unopposed. The GOP has laid back and done nothing and let it happen. This has to change. We should be running candidates for every little position, no matter how small.

They’ve taken over every county and municipal elected position. It will be easy to take them back with this kind of albatross hanging around their necks. Forward!

But they were colonizers too, so I guess that doesn't work either.

Keep celebrating, give thanks to him and praise his name.

These school administrators need to “walk the walk” by returning their personal homes to the tribe they thinks owns the land.

The LEFT appears to desire reversing our US Great Seal Motto, “E PLURIBUS UNUM” (Out of Many, One) into “Out of One, Many” [Not a Latin Scholar so I won’t attempt!] Removing as much of our Country’s unifying heroes and holidays as quickly as possible, they divide us into more manageable interest groups. Predators prey upon outliers, thus the goal is to make us all outliers. Then the slaughter is easier!


And there’s a big part of the problem right there. Why is there such an ‘office’? Couldn’t the money spent by that ‘office’ be better spent on educating the LAUSD’s students?

“LAUSD headquarters … is on Chumash, Tongva and Kizh land.”

These clowns forget, that during that period in history, any culture that was not Christian based was ripe for conversion by any means necessary. Fortunately for the indigenous at that location, it was achieved through LOVE THT NEIGHBOR.