The 39-year-old man accused of driving an SUV into a Christmas parade in Waukesha, Wisconsin, on Sunday was charged earlier this month with trying to run over a woman.

Waukesha Police Chief Dan Thompson said Monday that Darrell Brooks Jr. will face five charges of first-degree intentional homicide in connection with the horrific incident, in which at least five people were killed and more than 40 injured, according to USA Today.

On Sunday, as the parade was taking place, an SUV plowed through barricades and marchers, many of them children. Brooks, who was out on bail at the time, was later arrested.

According to the Milwaukee Journal Sentinel, the alleged crimes for which Brooks was out on bail at the time of Sunday’s tragedy involved a vehicle.

Court records say that on Nov. 2, Brooks is alleged to have engaged in an argument with a woman at a Milwaukee hotel.

Later that day, the woman said, she was walking near a gas station when Brooks pulled up and ordered her to get in.

The woman refused and said Brooks then punched her in the face, the Journal Sentinel reported.

As she walked away, she said, he ran her “over with his vehicle,” a maroon 2010 Ford Escape, according to the complaint.

Thank goodness for bail reform. You might lose an occasional person every now and then. For the children. For the greater good.

Well done on electing a criminal psychopath to be your DA. Really well done, voters. You get the Charlie Sheen Seal of Win. 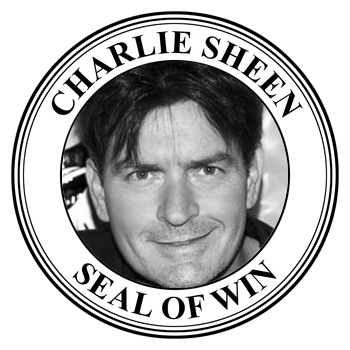 Why wasn't it sent to the scrapyard after it killed its first victim?

I’ll say this....an awful lot of people have watched the Purge, and they chat about it. It’s like the Matrix crowd....it’s changed some perceptions of people.

I’ll suggest another one....that new South Korean ‘Squid Game’ movie. Even among teenagers, it’s being openly discussed. People are getting motivated to see how far they can go beyond civil behavior.

You see it in Seattle, Portland, SF, NYC, and Wisconsin.

The criminal black underclass props up the power of white elites by keeping racial distrust and hatred going... Yeah, blacks thugs do the crimes but white 'elites' make sure they're out of jail before their victims are out of the hospital.

Portland’s DA is a similar creep.

New series off Netflix. About as weird as you can get on script.

I don’t think she was a random woman. He argued with her at a Milwaukee hotel. Later, he found her walking near a gas station, and ordered her to get in.

From the article:
“ Court records say that on Nov. 2, Brooks is alleged to have engaged in an argument with a woman at a Milwaukee hotel.

Later that day, the woman said, she was walking near a gas station when Brooks pulled up and ordered her to get in.

The woman refused and said Brooks then punched her in the face, the Journal Sentinel reported.”

When the push comes to being shoved, one of the top items on the reform list is gonna have to be a brutal, merciless inquisition through the legal profession including judges state and federal. Complete with public burnings.

I wonder if he was pimping her and they had a falling out.

The genius that decided he should be out on bail should face the same charges he faces.

Television programming. By that I mean programming human behavior via television. Not at all in a good way. Viewers are being brainwashed to commit atrocities.

Lord, please return in Glory. Lion of Judah, we need You!