Rep. Adam Kinzinger's (R-Ill.) announcement that he will retire after his current term marks the latest victory in former President Trump’s quest to purge his internal critics from the GOP and mold the Republican Party even more in his own image.

Kinzinger's Friday announcement, along with stiff primary challenges facing other Republicans who voted for Trump’s impeachment earlier this year, underscores the headwinds critics of the former president face in their reelection bids — and just how Trumpian the House GOP conference is expected to be starting in 2023 in the likely absence of at least some of his detractors.

“From a victory standpoint, yeah, it's great because it continues to reinforce the fact that President Trump is the straw that stirs the drink,” said one GOP strategist. “And that's not changing anytime soon.”

To be sure, redistricting may have played a role in Kinzinger’s decision not to run for a seventh term. New congressional maps that are awaiting Gov. J.B. Pritzker’s (D-Ill.) signature would have put Kinzinger and Rep. Darin LaHood (R), with whom he’s close, in the same district, raising the prospect of a nasty incumbent-on-incumbent primary.

Kinzinger in his announcement Friday also hinted that he was not done in politics as rumors swirl that he’s eyeing either a challenge to Pritzker or Sen. Tammy Duckworth (D-Ill.).

However, he’d increasingly found himself on a sparsely populated island in the House over his rebukes of Trump — a truth he alluded to in his announcement without mentioning the former president by name.

Kinzinger is among the most vociferous GOP critics of Trump and one of two Republicans, along with Rep. Liz Cheney (Wyo.), sitting on the special House panel investigating the Jan. 6 insurrection and the former president’s role in inciting it.

While the 10 lawmakers who voted to impeach Trump saw their national profiles rise, leading to a surge in fundraising for some of them, their criticisms have also thrust them into political peril.

Kinzinger is the second of the 10 to announce an early retirement, following Rep. Anthony Gonzalez (R-Ohio), who was also thought to be a rising party star. And most of the remaining eight lawmakers are facing serious primary challenges.

That, along with the isolation some of those Republicans are facing within the House GOP conference, is sparking speculation that still more retirements are coming.

“Some of these folks I expect will run lost cause campaigns, but the ones with their eyes open know it's over,” the GOP strategist said. “I'd still expect a few more retirements from that group of 10.”

“Some of them more than others are on the outside of their own caucus. They don't have the support of their fellow members. Can they really get done something that they would really want to get done anyway?” the person added. “That's a question that I imagine a lot of them are asking themselves.”

Another factor possibly pushing other pro-impeachment Republicans toward retirement is the increasing backlash they’re expected to get from Trump himself.

The former president is heavily invested in unseating Cheney and has endorsed some challengers to other Republicans who voted for his ouster, a badge of support that serves as a key boost in GOP primaries across the country.

Trump spiked the football shortly after Kinzinger’s announcement Friday, exclaiming in a statement, “2 down, 8 to go!”

“It's a huge win for Trump,” a Trump World operative said of Kinzinger’s retirement. “Of all the impeachment guys, the three most important races were Tony Gonzalez, Liz Cheney and Adam Kinzinger. And two of those three are already out.”

That pressure from Trump, who is nearly universally recognized as the de facto leader of the GOP, could increase even more on those who remain in office as others announce their departures.

“Where Kinzinger and Gonzalez leaving helps Trump is it's a bit of a numbers game,” a second Republican strategist said. “If you've got 20 people running who don't like Trump, well, it's like whack-a-mole. How does he go after all 20? He can't. There's strength in numbers. So, as they whittle down, he's able to concentrate on the people left.”

Also not lost on strategists is the effect the pinch on the pro-impeachment Republicans is having on the rest of the House GOP.

Not only is the sprawling campaign against the group of 10 a warning sign to would-be critics, but any retirements or defeats suffered by Trump’s targets will leave behind a chamber filled even more with those who fulfill the former president’s demand for loyalty, particularly as he mulls a third presidential bid in 2024.

“I think there will be a little bit more deference to him because it'll remove some of those critics,” the second strategist said. “I also think they’ll be more deferential because he'll be on the stage again in 2024, and they're going to be concerned about having him on the wrong side of them that year.”

The “House GOP will be potentially Trump-ier than it is now, if that’s possible,” GOP strategist Doug Heye added bluntly in a text.

Meanwhile, the remaining GOP moderates in the House are left mulling their future as they see their allies being slowly picked off.

“I think my immediate reaction is disappointment,” an aide to a Republican House member allied with Kinzinger said of the retirement announcement. “I look at Congressman Kinzinger as somebody who firmly is here for the right reasons, somebody here who is actually interested in doing the work of his constituents and at the same time translating that into what is best for the country.”

The aide said centrists can keep themselves in the fold by touting their policing and telling the truth to their constituents. But, the person added, moderates are clear eyed about the challenges they face over their relationship with Trump and his impact on their conference.

“I do understand that the Donald Trump factor is very much in play. I think you have some members who are afraid of him,” the source said. “They are afraid that ‘if I don't go along with what he is saying that he's gonna come after me on Twitter’ or whatever the heck he's using as a platform these days. I do think that they're worried about that.”

Patiently waiting for Liz to do the same. She may have other fish to fry-ambitious.

Globalist establishment has got to go. Same for the Democrats who support them.

There were 145 GOP House members who voted for Liz Cheney in February.

Long way to go before we have routed the RINOs.

The Dems are redrawing his district. The weasel sold out his fellow Republicans and is getting his just reward.
Cry about THAT Kinzinger.

He’ll be rewarded for his allegiance to the deep state with a position on some corporate board.

I am enjoying reading the lamentations of the AntHill.

May Trump be unstoppable!

I bet most folks here remember that name like I do....lol

Well, the fact that the Dims gerrymandered him out of a Congressional district had a bit to do with it.

“My name is Adam Kinzinger and THIS is CNN!” 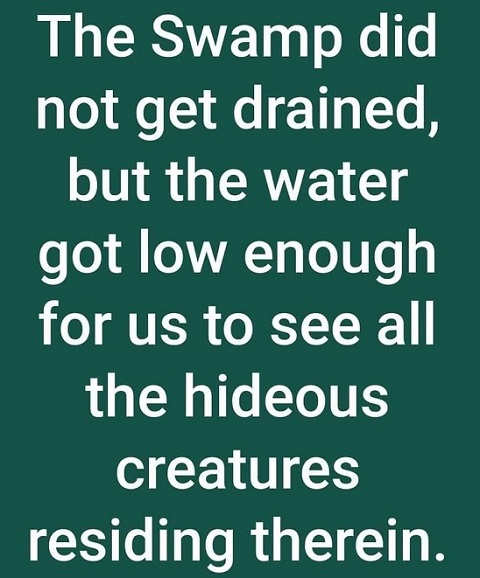 Catalina Lauf would have beaten him in the primary. He would not have made it to the general.

Super weird in the entire article there is zero mention of Catalina Lauf.

“The Hill” is not an actual news source.

Not to worry, the little weasel will rehabilitate himself by putting a D behind his name, and run for office again.


From what I gather, Cheney, Rice and Valadao are toast. I don’t know about the other 5.

The 7 in the Senate are:

2 are retiring. Only one faces the voters. It is imperative Murkowski lose in Alaska.

The RINOs must be gotten rid of. 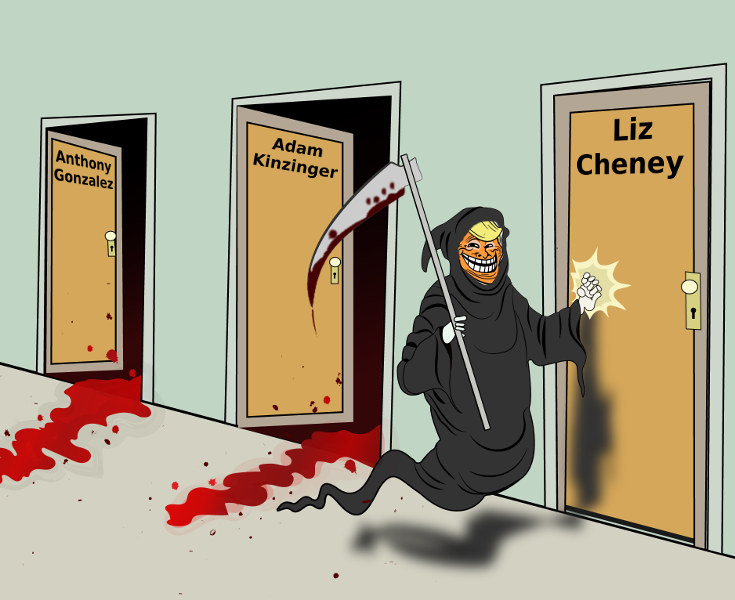 He’s not retiring; he’s being forced out. Good riddance.