NEW YORK — Communities across the United States are reconsidering their approach to gifted and talented programs in schools as vocal parents blame such elite programs for worsening racial segregation and inequities in the country’s education system.

A plan announced by New York City’s mayor to phase out elementary school gifted and talented programs in the country’s largest school district — if it proceeds — would be among the most significant developments yet in a push that extends from Boston to Seattle and that has stoked passions and pain over race, inequality and access to a decent education.

From the start, gifted and talented school programs drew worries they would produce an educational caste system in U.S. public schools. Many of the exclusive programs trace their origins to efforts to stanch “white flight” from public schools, particularly in diversifying urban areas, by providing high-caliber educational programs that could compete with private or parochial schools.

Increasingly, parents and school boards are grappling with difficult questions over equity, as they discuss how to accommodate the educational aspirations of advanced learners while nurturing other students so they can equally thrive. It’s a quandary that is driving the debate over whether to expand gifted and talented programs or abolish them altogether.

“I get the burn-it-down and tear-it-down mentality, but what do we replace it with?” asked Marcia Gentry, a professor of education and the director of the Gifted Education Research and Resource Institute at Purdue University.

What are Karen’s saying?

2 posted on 10/28/2021 7:31:12 AM PDT by AZJeep (https://www.youtube.com/watch?v=O0AHGreco RomNQkryIIs)
[ Post Reply | Private Reply | To 1 | View Replies]
To: Oldeconomybuyer
Back in the day, us non-Mensa kids could care less about these classes. We knew who were the brainiacs, and our parents knew we weren't going to be winning the Nobel in Physics, so we moved on. At least the smart kids weren't the burnouts threatening your life.

The votech kids probably got more abuse than the brainiacs...they were laughed at as the "idiots" who weren't going to college. You wanna talk about class warfare?

We should do all we can to nurture the gifted and talented, and encourage them to use their gifts for the benefit of humanity, by rewarding them as they produce.

This is what a free market, tempered by Judeo/Christian values does.

Pulling down the most talented, while encouraging them to use their talents to become the oppressors in society, is horribly destructive. This is what collectivism, such as Fascism/communism/socialism does.

4 posted on 10/28/2021 7:35:36 AM PDT by marktwain (President Trump and his supporters are the Resistance. His opponents are the Reactionaries. )
[ Post Reply | Private Reply | To 1 | View Replies]
To: Oldeconomybuyer

Transforming America is a synonym for dumbing it down.

“Throughout history, poverty is the normal condition of man. Advances which permit this norm to be exceeded — here and there, now and then — are the work of an extremely small minority, frequently despised, often condemned, and almost always opposed by all right-thinking people. Whenever this tiny minority is kept from creating, or (as sometimes happens) is driven out of a society, the people then slip back into abject poverty.

This is known as “bad luck.”

Should there be varsity football, with only the most talented players making the cut?

If so, there should also be honors math, with only the most talented students making the cut.

7 posted on 10/28/2021 7:41:17 AM PDT by Leaning Right (The steal is real.)
[ Post Reply | Private Reply | To 1 | View Replies]
To: Oldeconomybuyer
70% of African American family’s are abandoned by the father. Single parent family, drug culture, stop acting white, don’t get a job to better yourself..... and they wonder why there are fewer African American gifted and talented students! Remember the Libs have pre school and the schools under their control and there is a complete failure in public education system. Don’t believe me, research the information!

U.S. Department of Education: 79% of Chicago 8th Graders Not Proficient in Reading

Apparently, this writer from AP wants to go with the fake white structural racism storyline when it comes to gifted and talented. Her problem is that it is Lower middle class and middle class Asian racial minority filling seats in gifted and talented vs other minorities. She cannot be seen picking one racial minority over another to attack the white majority so she may as well create the fiction that whites are excluding minorities so she can promote racial engineering and discriminate among minorities based on color. We are no longer a color blind society when it comes to virtue signalers in the media

Get you kids out while they're still salvageable.

How much less could you non-Mensa kids care, a little or a lot?

That is a quite compelling, succinct and accurate summary.

We can’t even define success.

14 posted on 10/28/2021 7:50:25 AM PDT by sport
[ Post Reply | Private Reply | To 1 | View Replies]
To: Oldeconomybuyer
When I lived in Temple Texas, the gifted and talented program was located at Meredith Elementary School. Meredith had been as low performing as a school could get prior to the program being moved there. When the program moved there, it interjected a group of parents who were serious about education into the mix. Things began improving in the school almost immediately. The overall performance of the entire school elevated rapidly. Eventually the principal of Merideth received an award from the President at the Whitehouse for the schools outstanding achievement.

I watched an old Harold Lloyd movie the other night. They referred to a University as .....

“A giant football stadium with a college attached.”

Well, well, well. A lie. A Communist-Party, Community-Organizer-confected lie, with signature clunky words never uttered by anyone without a graduate degree in Marxist Social Issues--such as "inequities."

Back in reality, ghetto parents don't give a crap about racial segregation. They don't want elite programs to go away. They want to get their kids into them so they actually learn stuff and don't have to sit next to thugs.

AS IF everyone, ghetto parents especially, weren't well aware that kids from poor backgrounds or dark skin have a big edge in applying to any elite school, public or private!

The AP is ray-ciss and wrong. They think brown people are stupid.

anyone with an IQ over 120 is getting dragged down by the rest.

and never mention science unless you're gonna follow it all. 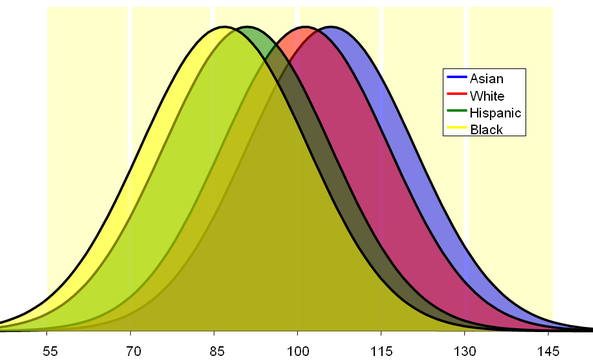 Well, when you put smart kids, average kids, and dumb kids all in the same classroom, you know what happens? The teacher has to dumb down and slow down the lesson plan to suit the dumbest kids in the classroom. Then the smarter kids get bored and misbehave. It’s bad enough when you have normal miscreants in school, you don’t want the smart kids joining them and teaching them new ways to break the rules.