Two experts wrote about making an ethical case for abortion earlier this year. I disagreed, in a piece published by Townhall.com. Then, they responded.

In April, Salon issued a piece with the headline reading, “Why the case against abortion is weak, ethically speaking.” Nathan Nobis, an associate professor of philosophy at Morehouse College, and Jonathan Dudley, a postdoctoral fellow in molecular genetic pathology at Johns Hopkins Hospital, argued that there’s a moral and ethical case to be made for abortion.

“So, is abortion murder?” they asked. “Not unless other widely-accepted medical procedures that end human life are also wrong. But they aren't, and neither is abortion.”

As an example, they pointed to organ donors.

“First, in every U.S. state and most countries, if a person elects to be an organ donor, their organs can be removed for transplant when that person suffers complete brain death—even if their body is still alive,” they argued. “Organ harvesting involves cutting living human beings open and their organs being removed one-by-one until, at last, the heart is detached and the human being dies, having been directly killed by the procedure.”

In my response, I found some troubling differences in their argument.

“Brain death is irreversible, with no chance of recovery. An unborn baby is just beginning his or her life – and, more often than not, is perfectly healthy,” I wrote. Nobis and Dudley “also assumed that their readers believe a person who is brain dead is still ‘alive’ and can be ‘killed’ – something that’s highly debatable, perhaps on both sides of the abortion debate.”

They resurrected their organ donor example in their response to my piece. If, as I previously wrote, abortion intentionally destroys the life of an innocent human being, then “widely accepted organ donation procedures are also wrong,” they began.

That’s because “these procedures both share the relevant similarity of intentionally killing an innocent human being,” they argued. And, they added, “According to Ms. Yoder, and most pro-life organizations, that is what makes abortion wrong.”

While Nobis and Dudley argued that the “sole purpose of abortion is not to kill an innocent human being,” they recognized that “Killing a human being may be the sole means to that end” as it is also “the sole means to the end of obtaining vital organs for transplant from permanently brain dead but still living human beings.”

This is the main difference, in their own argument, that they should address: An unborn human life is not considered “dead” with no chance of recovery or revival.

Nobis and Dudley say that they “provide an alternative ethical framework that makes sense of the widespread belief that such organ donation procedures are not wrong” in that “they affect human beings without brains that allow for consciousness or feeling or awareness.”

But why place someone’s moral value on his or her brain – and do they see how this could be an arbitrary line? How might someone with cognitive disabilities fit into the equation?

And so, to me, these experts raise more questions than they answer.

“Rooting moral value in the possession of a brain capable of consciousness means that moral value begins when such a brain begins to exist (in the second half of pregnancy) and ends when such a brain ceases to exist,” they argue. “‘Brain death’ is a well-known and morally significant concept, but analogous concepts for the beginning of life—‘brain birth’ or being ‘brain alive’—are not well known, but should be.”

My questions continue: Can Nobis and Dudley acknowledge that this might be an unreliable method when we know so little about the brain – even now? When is someone brain dead and when is someone “brain alive”? What is consciencessness and when does it begin? They write that the brain begins to exist “in the second half of pregnancy” – but what does this mean, and can we pinpoint the day, the second? Can they map the moment when one baby can be aborted, and when he or she can’t?

In their original piece, Nobis and Dudley warn that “In recent years, over 250 abortion-restrictive laws have been proposed across 45 states.” But perhaps this is one area where we can find some kind of agreement. If they say it’s not right to destroy a human person whose moral value begins “in the second half of pregnancy,” then, maybe, they can support some abortion restrictions.

Even in disagreement, Nobis and Dudley hoped that my piece encouraged “readers to learn more about these complex issues and work harder to really understand the claims and arguments they might disagree with.”

They thanked me and I thank them, too, for reading my piece and for their patience in awaiting my response.

1)
People voluntarily offer to be organ donors.This is a decision they were given the opportunity to make.

Killing an innocent human being would be murder otherwise.

2) A person at the end of viable lifespan is not the same subject considered at the very beginning.

There are unknown days of life being stolen in abortion.

In one of the Monty Python movies they have a skit about a woman who had agreed to be an organ donor and who is surprised one day when some men arrive at her home to take her liver. She’s not happy about it at all, but they throw her on the kitchen table and proceed to remove her liver while she protests and argues. It’s typical Python humor because it’s ridiculous.

Organ Donors sign paperwork indicating that they volunteer, under certain well-understood circumstances, to have their organs taken.

Babies in the womb haven’t filled out such paperwork.

If a person murders a pregnant woman and the child dies, that murderer gets charged with double homicide. That’s all you need right there.

Indeed, they never were provided the opportunity for it.

—“So, is abortion murder?” they asked. “Not unless other widely-accepted medical procedures that end human life are also wrong. But they aren’t, and neither is abortion.”

These self-proclaimed experts in ethics conflate “killing” with “murder”. Separately, they claim to “provide an alternative ethical framework”, suggesting any sort of moral system can be invented and considered ethical, just as long as it’s consistent. That would give great comfort to any sociopath.

Written by an animal rights advocate, of all things. Always beware of a liberal waving the flag of “ethics.” Ends justifying the means is straight ahead.

My body - my choice

Sociopath came immediately to mind reading the 2 doctors reasoning. Clearly, they are educated beyond their common sense. 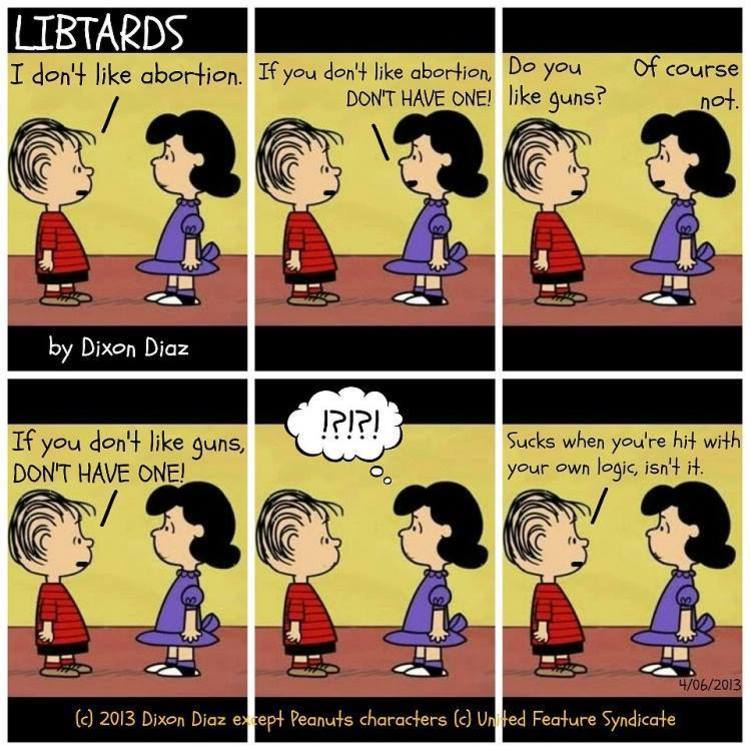 Lefties can rationalize all they want but they have been given a conscience which they ignore at their own peril.

Abortion to these scientists is missing the point of the action. If you cut your hair, trim your nails, wash off skin in the shower, you are removing something that the body doesn’t need, or want. But it is an accepted removal and destruction of a living tissue. It is to them no different.

But the problem they are skipping around does not fall under their expertise but is actually an opponent of what they consider themselves an expert in, the possibility of a soul relating to religious connotations or a belief in a deity.

I am far from an expert of either of the theologies, but I do have one question, how can they be the champions of science for removing an appendix, or a cancer, or cataract surgery, or anything that clears the way for a body to improve, but justify the destruction of a heathy body when the act has nothing more to do with anything but convenience, to include life they swore to preserve? Abortion is not always a life saving technique and at the point, is taking a life.

“Murder, in criminal law, the unjustified killing of one person by another”.

Woman (or a man identifying as a woman) (/s) having an abortion is a premeditated MURDERER of a human being.

Doctor (or anyone) performing an abortion is a murderer for hire. (PAID to commit murder).

Not just about abortion. Think of Ezekiel Emmanuel (Rahm's brother and architect of Obamacare) recommending automatic euthanasia at 75.

"Ethics" has become a buzzword for atrocity in public policy.