The JCT’s analysis of the infrastructure bill would serve as a significant break from Biden’s promise not to raise taxes on Americans making less than $400,000 per year.

“The President remains committed to his pledge from the campaign that nobody making under $400,000 a year will have their taxes increased,” White House press secretary Jen Psaki said in March. Psaki clarified that this figure applies to families, not individuals, but the infrastructure plan would still raise taxes on most Americans.

The JCT analysis even found that the proposal would increase taxes on Americans in calendar year 2027 for those making between $30,000 to $40,000 per year.

The House Ways and Means Republicans noted many of the ways that the Democrat proposal would subsidize American families making more than $800,000 annually: 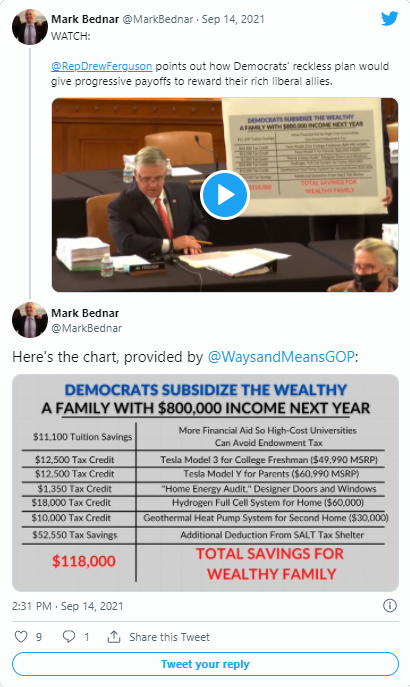 this is my shocked face

I wonder what fools believed him in the first place.

Rapid inflation is also hurting everyone who isn’t markedly wealthy.

At that point they’re raising taxes on people they’re giving money to for poverty programs/child benefits.

They spend whatever they please.

The only purpose of federal taxation is to punish the people they hate.

When Bill Clinton ran the first time, the usual lying propaganda magazines boosted him. I distinctly remember Money Magazine comparing candidates and they had a conclusion: “If you are middle class then Clinton has promised a middle class tax cut so on that basis you could vote for him on self-interest.”

He won (Captain Obvious) and he declared: “Now with the new information at our disposal the facts show we cannot afford a middle class tax cut and the problems left over to us are so severe we will have to raise taxes, I am afraid.”

On my breaks at work that old Money Magazine was still on the coffee table with that tax cut promise.

At that moment I learned never to believe a lying, filthy, backstabbing, self-serving politician ever again. (JOKING——I already hated them.)

8 posted on 09/14/2021 7:18:07 PM PDT by frank ballenger (You have summoned up a thundercloud. You're gonna hear from me. Anthem by Leonard Cohen)
[ Post Reply | Private Reply | To 3 | View Replies]
To: E. Pluribus Unum
The dems just don't care about so-called promises not to raise taxes.

Pretty much the whole middle class. More burdens for us.

Now that is a movie that I could stand to watch again.

By 2031, $50,000 might still cover an average American’s expenses for a day or two. Anything more than that, they’ll have to share with the Government.

equality is everyone only making 30-40k per year

making everyone equally miserable except the inner party oligarchs

Don’t believe it. It’s more likely that people making under $100,000 would get an immediate tax increase through hidden taxes in their insidious laws. I know I did through the dishonest Obamacare legislation, when the medical deduction was raised from 7 1/2% to 10% of AGI. That cost me and other family members $100’s of additional dollars in taxes. Obama blatantly lied.

I’ll agree with your statement as soon as a significant portion of “everyone who isn’t markedly wealthy” stops purchasing exorbitant priced coffee at Starbucks and Value Meals at McDonalds among all the other ridiculous crap we buy simply because it’s available and our debit cards still have money on them.

Until then it’s business as usual.

Any mention of tax increases for “artist’s” who sell their “art” on the down low, with 10% going to the big guy? 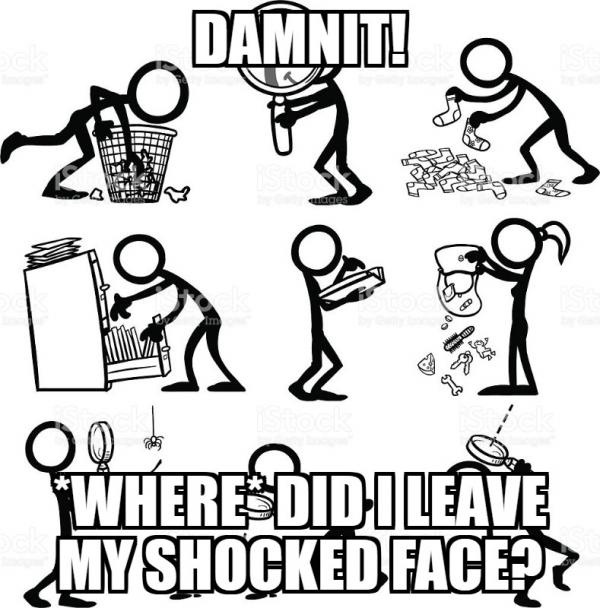 “Read my lips. Because, they’ve cut off my mike.”