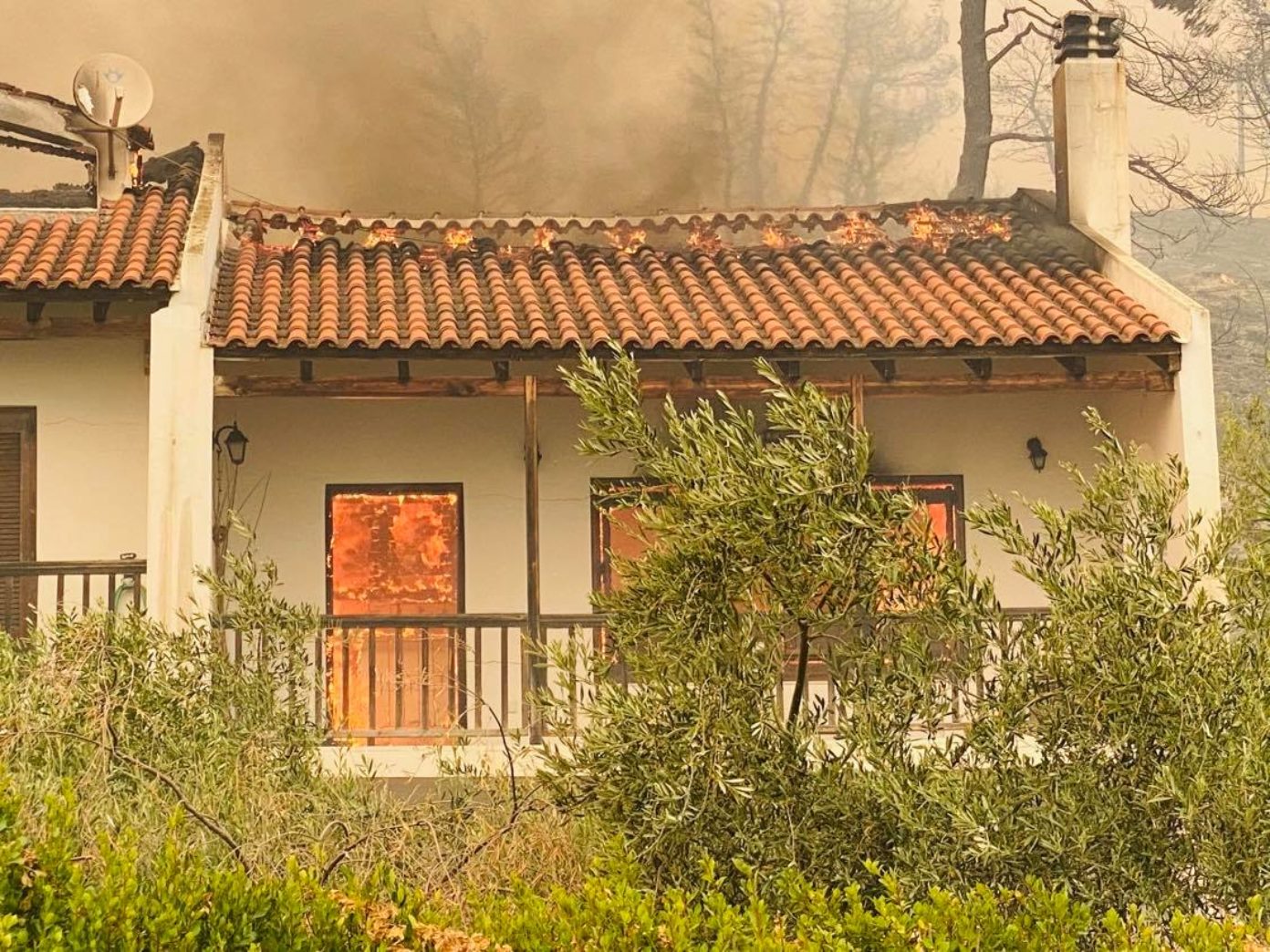 The large fire that broke out on Tuesday afternoon on the island of Evia, northeast of Athens, is still burning uncontrollably.

The major fire that broke out in the northern part of the island of Evia (Euboea) near the town of Limni was still burning unchecked on Wednesday morning.

Despite the efforts of strong fire-fighting forces through the night, the fire has not been extinguished yet and continues to engulf large areas.

Reinforcements from nearby regions have been sent to the island to help put out the blaze, as firefighters on Evia continue to do their best to save one of the most picturesque parts of the island.

Fanis Spanos, the Regional Governor of Central Greece, asked Athens on Tuesday night to declare a state of emergency for the area around Limni in northern Evia. More than 150 homes burned already by fire on Evia 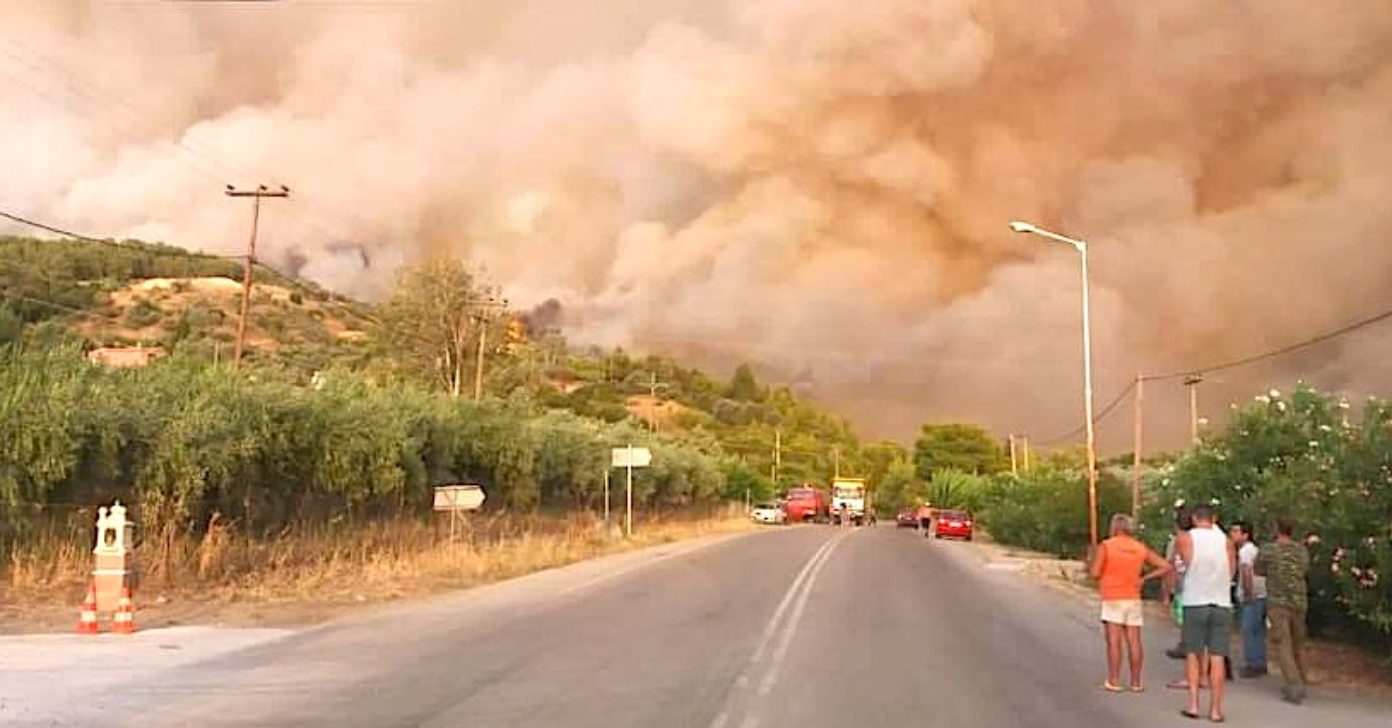 Argyris Liaskos, the Deputy Mayor of Elymnioi in northern Evia, who is responsible for Civil Protection, told SKAI radio on Wednesday morning that approximately 20 million square meters (20,000 Greek stremmata or 2,000 hectares) of forests have been burned on Evia so far, with a total of 150 properties near Limni also burned down.

A total of 95 firefighters with 35 vehicles and four groups of firefighters on foot are taking part in the firefighting operation, while two aircraft and one helicopter are also assisting from the air.

A total of ten villages and settlements on northern Evia have been evacuated so far, with their residents trying to find refuge somewhere else on the island. Village of Rovies evacuated, residents rescued from the beach with fishing boats and ferries 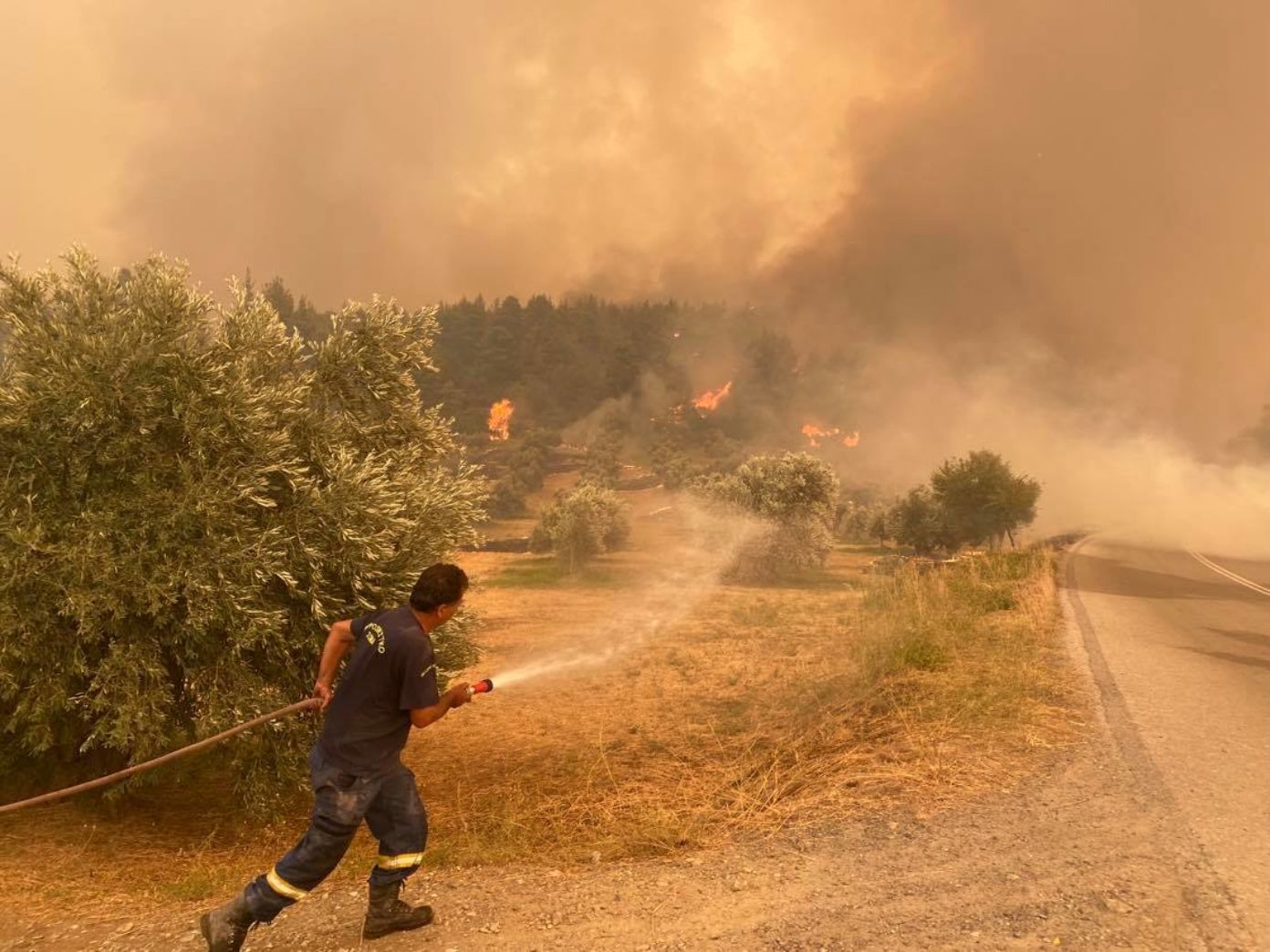 The village of Rovies in Evia has been evacuated due to the fire that broke out in the region on Tuesday, and residents and tourists have been ordered to rush to the beach near the village in order to be rescued.

Fishing boats, vessels of the Hellenic Coast Guard, and ferry boats alike have been saving those pushed to the beach by the fire near Rovies.

Those who fled the blaze will be brought to Aidipsos in Evia, which is far away from the massive fire. Monastery ordered to be evacuated

On Wednesday morning the police ordered the evacuation of the monastery of Saint David (Osios David) near Damia. A total of 12 monks reside there, one of whom has mobility issues.

According to the Proto Thema news website, the monks have refused to abandon their monastery and asked for additional help.

In the meantime, the regional authorities of Central Greece have said that they are willing to make accommodation arrangements for the residents of Limni, Mantoudi, and Saint Anna, who have nowhere else to stay. A total of 81 fires broke out in Greece in one day 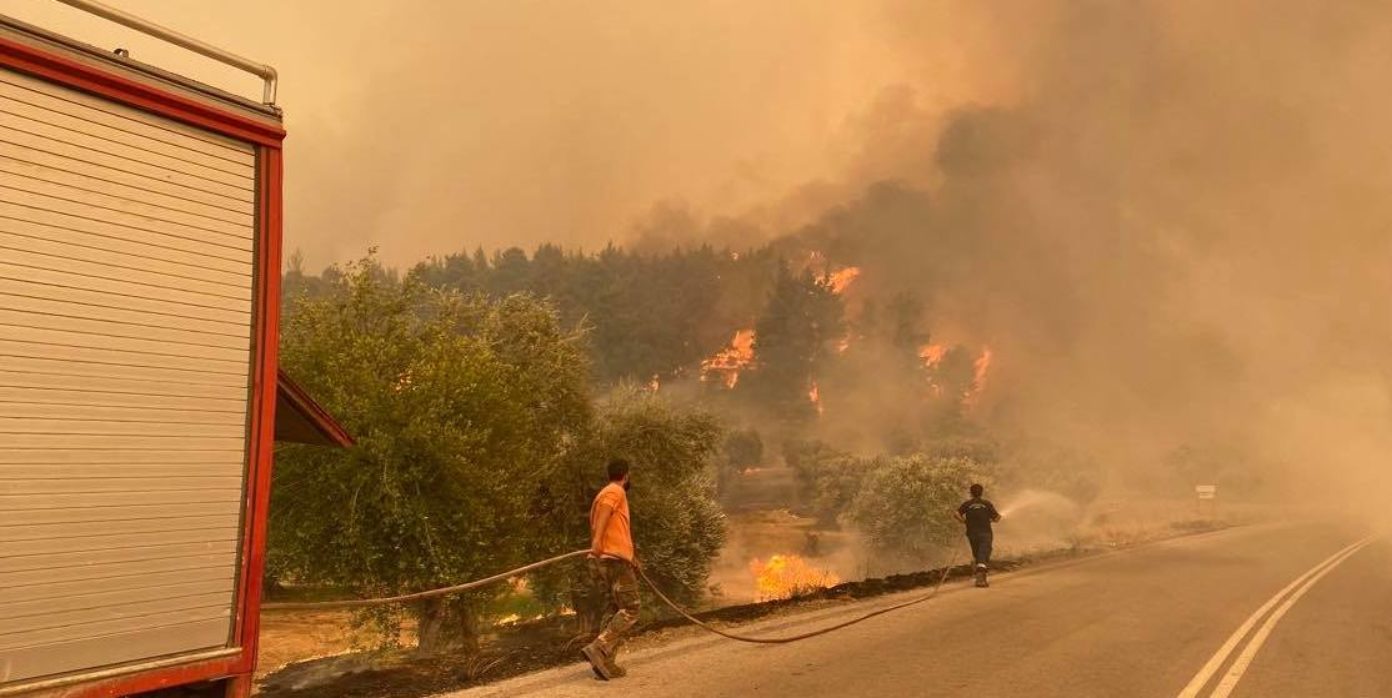 A total of 81 fires broke out in Greece on Tuesday, making it one of the worst days in terms of wildfires in recent years.

The worst cases were seen in Varympompi, Athens, on the islands of Evia and Kos, as well as near Evzones at the border of Greece with North Macedonia.

The extremely high temperatures that have been prevailing in Greece for days along with locally strong winds have caused a dangerous cocktail of hot and dry conditions that enable the spread of fires.

Very sad. I love Greece. I was suppose to spend most of last year there but couldn’t thanks to our Chinese overlords and their virus.

Save Thy people, O Lord,
and bless Thine inheritance.
Grant victory to Thy Church over her enemies,
and protect Thy people by Thy Holy Cross!

Does anyone still believe that all these fires are just starting all over the world just because of mother nature.

If so then I guess they believe that Epstein killed himself.

That happens far too often.

So sad. Prayers for the folks there. And their pets. :(

Are there any “refugees” on the island?🤔

One of my nephews is in Greece honeymooning at the moment. Another will be headed to Thessaloniki soon to study for one year.

Fire starters (arsonists) love to operate within a natural fire situation....so no doubt they’re adding to the storm of fires.