Sky News have the following summary: The Wuhan Institute of Virology kept live bats in cages, new footage from inside the facility has revealed, disproving denials from World Health Organisation investigators who claimed the suggestion was a “conspiracy”.

An official Chinese Academy of Sciences video to mark the launch of the new biosafety level 4 laboratory in May 2017 speaks about the security precautions that are in place if “an accident” occurs and reveals there had been “intense clashes” with the French Government during the construction of the laboratory.

The video shows bats being held in a cage at the Wuhan Institute of Virology, along with vision of a scientist feeding a bat with a worm.

The 10 minute video is titled “The construction and research team of Wuhan P4 laboratory of Wuhan Institute of Virology, Chinese Academy of Sciences” and features interviews with its leading scientists.

The World Health Organisation report investigating the origin of the pandemic failed to mention that any bats had been kept at the Wuhan Institute of Virology and only its annex referred to animals being housed there.

“The animal room in the P4 facility can handle a variety of species, including primate work with SARS-CoV-2,” it states.

A member of the World Health Organisation team investigating the origin of the pandemic in Wuhan, zoologist Peter Daszak said it was a conspiracy to suggest bats were held at the Wuhan Institute of Virology.

In one tweet dated December, 2020 he said: “No BATS were sent to Wuhan lab for genetic analysis of viruses collected in the field. That’s now how this science works. We collect bat samples, send them to the lab. We RELEASE bats where we catch them!”

In another tweet, dated December 11, 2020, he said: “This is a widely circulated conspiracy theory. This piece describes work I’m the lead on and labs I’ve collaborated with for 15 years. They DO NOT have live or dead bats in them. There is no evidence anywhere that this happened. It’s an error I hope will be corrected.”

This month, Daszak appeared to retract his earlier denials and admitted the Wuhan Institute of Virology may have housed bats but admitted he had not asked them.

The Chinese Academy of Sciences video was discovered by researchers investigating the origin of the pandemic who call themselves DRASTIC.

Digital archivist “Jesse” found the Chinese Academy of Sciences Video while the group's co-ordinator, who goes by a pseudonym of “Billy Bostickson” for safety reasons, has long complained evidence bats were housed in the Wuhan laboratories.

The video forms part of the investigation for the book “What Really Happened in Wuhan” which is available for pre-order at Amazon and Booktopia.

Mr Daszak has not responded to requests for comment.

TOPICS: Foreign Affairs; Government; News/Current Events
KEYWORDS: 1moretime; ccpvirus; chicombioweapon; covid19
Quite a bit of this has been in the record for some time, but this is the first video evidence that I'm aware of, that proves that the WIV and Peter Daszak were lying when they claimed that there were no live bats at the institute.
1 posted on 06/14/2021 4:53:30 PM PDT by absalom01
[ Post Reply | Private Reply | View Replies]
To: absalom01
Sign in the wall says
Hillary Clinton slept here???
2 posted on 06/14/2021 4:57:39 PM PDT by gov_bean_ counter (“Never let a good pandemic go to waste”, Josef Fauci)
[ Post Reply | Private Reply | To 1 | View Replies]
To: absalom01

So What, At this point, what difference does it make.

The real Crime and Scam was the Propaganda they sold, the Virus with a greater than 99% chance of survival when the truth is finally told will be on par with a bad flu year.

That was just our lunch!

Daszak appeared to retract his earlier denials and admitted the Wuhan Institute of Virology may have housed bats but admitted he had not asked them.

Far be it from me to suggest that this was an open, bare-faced, brass-balled, deceptive, meretricious, blatant, transparent, unabashed, fork-tongued LIE. Oh hell no.

Haven't heard Fauci comment yet on precisely what functions his gain-of-function research were working on. But you know it couldn't have been transmissibility or virulence because he would have said. Oh hell yeah. 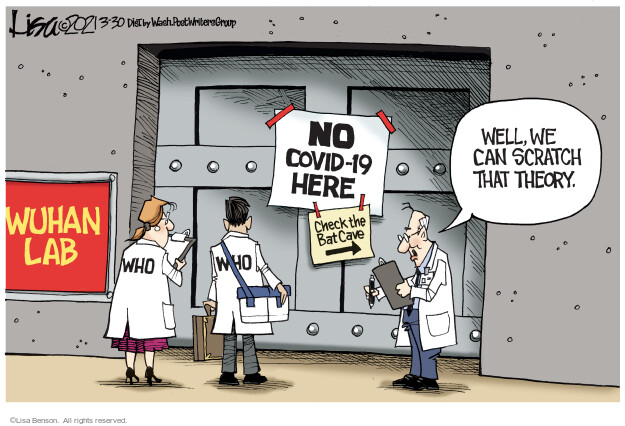 Caught them all red handed.

People are visual. This snip of video is going to be hard to ignore.

She’s on with Tucker, very credible. 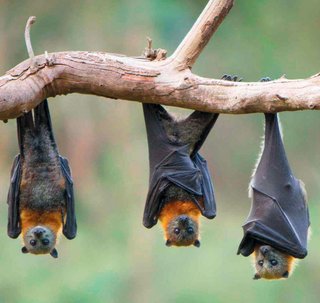 Has anyone seen Dr. Shi Zhengli? Head of the Wuhan Virology lab. The “bat lady?”

Wasn’t one of her lab assistants patient zero?

Most on FR never really bought the wet market story, which always sounded like an alibi.

This video shows that the CCP, the bat lady, Daszak were all caught in a lie. And we have video proof.

And if they lied about this, what else are they lying about? Falsus in uno, falsus in omnibus. It’s going to be increasingly hard for the media to continue to cover this up.

Ahhhh, let’s start with “the “vaccine” is safe”.

Then one must deduce that since bats were kept in the Wuhan lab, then there was not an accidental inter-species jump of the ,irus in the nearby “wet market.

The research for function was occurring in the lab itself.

China unleashed a bio weapon on the world using its own excessuve population as a vector.

The evil commie bastards in Red China need to go!