Dr. Anthony Fauci, director of the U.S. National Institute of Allergy and Infectious Diseases (NIAID), not only funded groups that collaborated with the Wuhan Institute of Virology (WIV), but he approved his subordinates’ attendance at a conference sponsored by China’s Wuhan lab, which is widely believed to be the source of the novel coronavirus known as COVID-19.

Although the 2016 Conference on Viral Infection and Immune Response, hosted by the Nature science journal, has been scrubbed from the publication’s website, archived versions of the site show that two researchers from NIAID were in attendance.

Sullivan still works under Fauci, while Subbarao left the agency to become director of the World Health Organization’s Collaborating Centre for Reference and Research on Influenza.

Among organizers and speakers at the event were researchers from Chinese Communist Party (CCP) entities, such as the current director of the Chinese Center for Disease Control and Prevention and WIV Director-General.

The WIV works closely with the CCP, signing agreements for “All-around cooperation” with CCP city-level governments. In addition, WIV’s researchers have been granted awards from the CCP’s Youth League and the State Council. The lab even televised the National Congress of the CCP.

You can run, but you cannot hide. I hope eventually Fauci will face justice for his ties and work with China.

Its always amazing they think deleting a web page somehow gets rid of the evidence against them.

Why would they delete this otherwise. Huh Fearper Fauci worshipers?

Are you still wondering what to do with your worthless masks waiting for Fauci to rethink and revse the guidelines you apprently now lead your lives with?

Who cares? Fauci is a God to the media.

It is probable that this virus was the result of “gain of function” experiments.

It is probable that Fauci and NIH funded said research in the Wuhan lab.

Did we pay for this virus in a lab that was known to have safety issues?

If so, why is the guy partly responsible for “that” in charge of “this”? 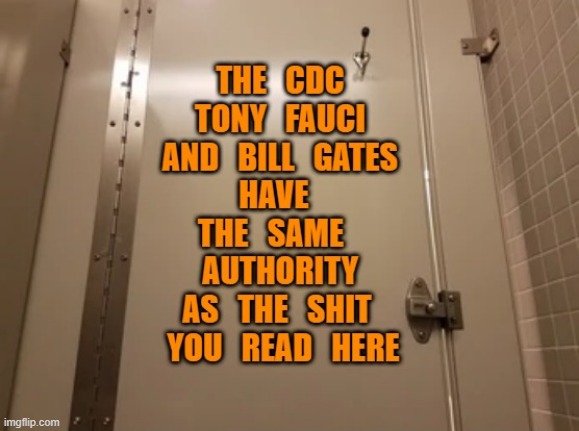 The fox was in the hen house all along and many of us knew this while they were telling us it wasn’t a bio weapon used to crash the worlds economy, depopulate and create a fear factor that will last

“Every record has been destroyed or falsified, every book rewritten, every picture has been repainted, every statue and street building has been renamed, every date has been altered. And the process is continuing day by day and minute by minute. History has stopped. Nothing exists except an endless present in which the Party is always right.”
― George Orwell, 1984

You will never see that asked anywhere in the press here

I believe releasing that virus on the world was deliberate. You can see the result.