Rep. Alexandria Ocasio-Cortez of New York and other members of the progressive "Squad" spent thousands of dollars on private security despite calling on cities to defund police departments, Federal Election Commission filings show.

The group of progressive, Democratic congresswomen including Reps. Ocasio-Cortez, Ilhan Omar of Minnesota, Cori Bush of Missouri, Ayanna Pressley of Massachusetts and Rashida Tlaib of Michigan have voiced their support for measures to reduce police spending and allocate those funds toward other community services in an effort to curb police violence.

Tlaib's filings do not show any security-related spending, though the other four congresswomen have spent tens of thousands of dollars on different private security services.

"Defunding police means defunding police," Ocasio-Cortez said in a June 30 statement -- about a month after George Floyd's death. "It does not mean budget tricks or funny math. It does not mean moving school police officers from the NYPD budget to the Department of Education’s budget so the exact same police remain in schools."

The statement came in response to New York City's proposed $1 billion police department budget cut, which the city aimed to use for education, social services and summer youth programming instead.

Just last week, Ocasio-Cortez said the fatal shooting of Daunte Wright happened not as an accident but because of "an indefensible system that grants impunity for state violence, rewards it [with] endlessly growing budgets at the cost of community investment, [and] targets those who question that order."

What will the Super Rich Elites, do when their blue city mayors replace their city cops with Sharia Muslims and other social workers with BLMers/Antifas?

Those Elites will hire our unemployed and well trained former Special Ops people. Who are no longer wanted in our worthless SJW/PC military.

The former SpecOps, when hired, will handle any protection issues their super rich Elites might need 24/7. That will include special preventive action as well as ‘neutralizing’, when needed.

These former special ops in their new areas of action, will operate, react and control/end any issues without any problems from so called local cops/DA’s, mayors and the local mediots in the local media.

The blue city mayors and city council members will welcome these Special Ops People, while slashing their city police budgets and eliminating their regular police. Their costs will be minimized and their budgets will be balanced.

How many mayors/governors in Blue States/Cities would get rid of their police forces in a New York minute, if they were not opposed by their elites, who control them????

These former special ops guys might even protect members of Congress from Deploreables if they are needed like on 6 January, this past year in our capitol building in DC.

Taxpayer dollars paying for their security?

If that Marxist bunch pulls their bag of forty play.. And the republicans do their clown act and let them... This is headed to the worst times this country has ever had and end times is here.

The only hope we had was Trump and the educated from indoctrination and forgetting there is a God in heaven.. And following the greed and lust from the pit.. They spent 4 years getting him out.. They.. The “highly educated” chose socialism, globalism, new world order, .. Over a successful America. They fought against God’s chosen leader for America and are now aligned with nations that have no freedoms and no God.

It is said those in leadership positions shall meet a harsher judgment.

I completely ignore anyone who is a,”Do as I say, not as I do.” They don’t exist to me.

Easy to be against proles having guns, or effective policing, when you have your own private security. 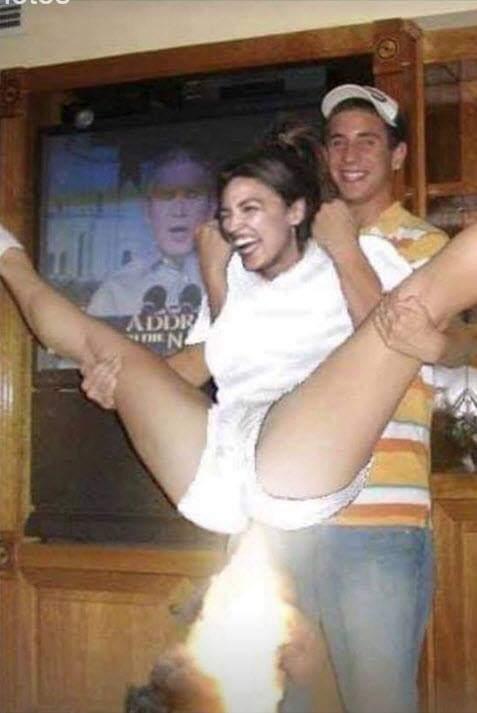 Any federal, state or local representative (with the exclusion of the President and Vice President) who wants to hire security, should do it on their own dime.

Where’s AOC getting that kind of money?

$175k a year. After taxes, rent and everything else. She’s paying over $50k. Where’s that coming from?

Local police are too independent, too unwilling to shoot innocent citizens when called upon to do so by the national commie government.

While I golf clap at the effort to write and bring articles like this forward, nothing will become of it and thousands upon thousands more dollars will be spent on armed security for these peons. Why? Because the people no longer matter to them when it is not an election year for them. Only when they are up for re-election do the people matter.

They get paid by the taxpayer so is that really their dime? Or do you mean that should not use any monies they earn and receive from the taxpayer while in office to pay for security services? And if a request by the elected official for city and state funded escort and protection services, then the same as above applies. No one would leave the District of Colombia or is that Douglass Country or something to that effect they want to rename it now after the first black marshall of DC?

Worked better than a fly swatter.