The state Health Department sent a memo to nursing homes and adult care facilities on April 18, 2020, directing them to report the number of residents who died from COVID-19 whether they died in the facility or not, the New York Post reports.

But 11 weeks later, the Health Department released a report on July 6 that excluded residents who did not die in a nursing home - appearing to under report the nursing home death toll by more than 8,000.

Andrew Cuomo, NY’s most prolific serial killer of the elderly.

And the sad part Cuomo will get away with it. 2 tier system.

DM reports the news the American media whores won’t. It doesn’t matter. Those poor souls murdered by Cuomo will be forgotten eventually as the greatest American mass murderer of all time will fade away and live a splended life in his old age.

Why is he still governor of New York? Being a murderer AND a pervert is not enough? Where is the media?

He’s not going to win. Cuomo has like 8 or 9 different scandals going now. Maybe if it was 1 or 2, or 3, he could get off. But Cuomo will lose in the end.

6 posted on 04/08/2021 1:35:09 AM PDT by conservative98
[ Post Reply | Private Reply | To 1 | View Replies]
To: knighthawk
Last summer and fall Governor Nipple Ring...between encounters with subordinates during which he'd place his "big" hand up her blouse...was blaming the President for *every one* of the nation's deaths. I saw a video clip in which he did just that.

It's a good thing for him that there's a "friendly" serving as US Attorney General otherwise he might be looking at taking up residence in West Virginia or Utah. But the NY State AG wants his job...so maybe he can look forward to Attica.

Waiting their turn in the Parlor of the Executive Mansion, or the Office on 3rd Avenue. 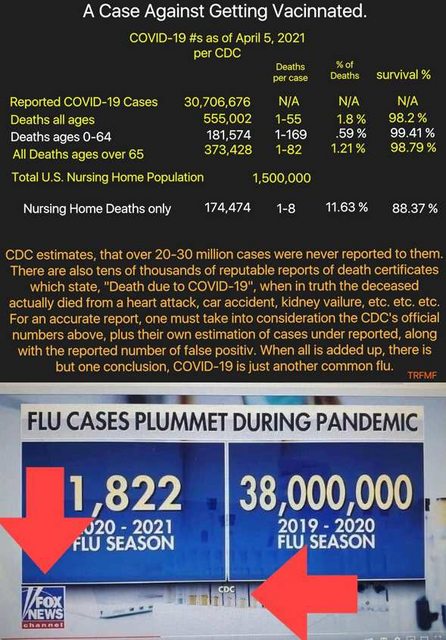 Premeditated deliberate mass murder by the democrats.
Sending infected people into nursing homes.
Denying medicine that could have saved their lives.