This was another attempt by the Minority Leader to hold Swalwell accountable for the reported ties between him and Chinese national Christine Fang.

The previous report from Axios in December revealed a years-long political intelligence operation run by China’s main civilian spy agency between 2011 and 2015. It showed a suspected Chinese spy developed extensive ties with Swalwell. The Chinese national named “Fang Fang” or “Christine Fang” targeted “up-and-coming local politicians in the Bay Area and across the country who had the potential to make it big on the national stage.”

According to Axios, Fang even fundraised for Swalwell and placed at least one intern in his office:

Federal Election Commission records don’t indicate Fang herself made donations, which are prohibited from foreign nationals. Fang helped place at least one intern in Swalwell’s office, according to those same two people, and interacted with Swalwell at multiple events over the course of several years.

A statement from Swalwell’s office provided to Axios said: ‘Rep. Swalwell, long ago, provided information about this person — whom he met more than eight years ago, and whom he hasn’t seen in nearly six years — to the FBI. To protect information that might be classified, he will not participate in your story.’

On Tuesday, Swalwell went on MSNBC’s The Beat, to comment on McCarthy’s push to remove him from the House Intelligence Committee.

“We helped the FBI. I chose America,” Swalwell said. “I honored my oath to national security by not talking about a top-secret case, but the three individuals in the intelligence community who leaked this and Kevin McCarthy, who continues to politicize this, they are not.” 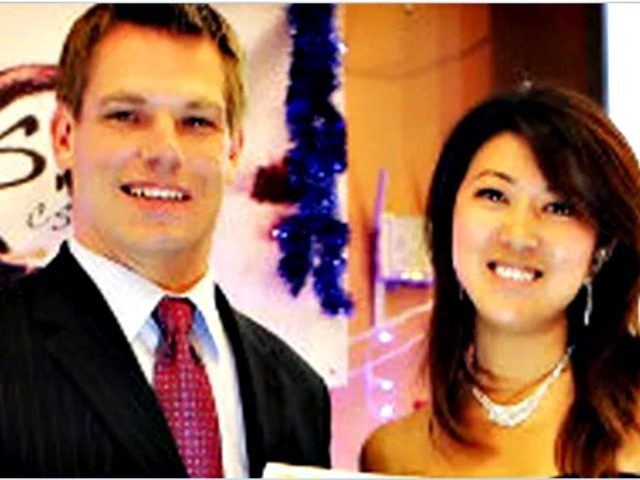 No surprise. CCP has taken over the government.

Don’t see any problem with his access to top secret info.

...all enemies, foreign and domestic...

Any private company would not permit this.

Same with Hillary Clinton’s lies and destruction of required documents.

The Chinese Communist Party will all the Secrets for a Quickie

Any private company would not permit this.

Same with Hillary Clinton’s lies and destruction of required documents.

And the MSM will not cover this obvious protection. If this were a Republican it would be lead story as it fits their collusion narrative.

The Dude reminds me Dexter the Serial Killer.

Of course Dexter only killed People who deserved it which is ironic in Swallowell’s case. He would have to commit Suicide.

Democrats the party of treason.

Amazing how eager the Democrats are at putting our country at risk.