Amazon pulled a bestseller on transgender issues from its online store on Sunday without explanation.

Author Ryan T. Anderson tweeted on Sunday that his book, When Harry Became Sally: Responding to the Transgender Moment, had been removed. At the time of writing, the book was not available on Amazon either in physical form, as an e-book, or as an audiobook, although Anderson’s four other books remain up.

Amazon’s crackdown on conservative content mirrors a trend many on the right see in other major tech companies. Criticism of big tech has spiked since Facebook and Twitter removed President Donald Trump following the Jan. 6 Capitol riots. On Jan. 10, Amazon Web Services suspended the account of conservative platform Parler.

The removal of Anderson’s book also calls attention to Amazon’s oversized impact on book sales. In a 2019 letter to the House Antitrust Subcommittee, three major publishing associations wrote that Amazon controls 50 percent or more of the print book market, although some estimates put the number closer to 80 percent. Analyst Ben Evans estimates Amazon controls over 75 percent of the e-book market.

Amazon did not respond to Washington Free Beacon requests for comment, and Anderson said he had not received an explanation for the removal of When Harry Became Sally, which climbed to the top of Amazon’s natural law and LGBT issues book lists when it was released in 2018.

In a way, I am happy they are doing this, as it gives a market opening to new players that would otherwise not exist.

I got rid of Google search for Duchduckgo...don’t miss it.

I got rid of Gmail for ProtonMail...don’t miss it.

I got rid of Chrome and Mozilla for Brave...don’t miss it.

I got rid of Twitter for Gab...don’t miss it.

4 posted on 02/23/2021 5:04:31 AM PST by 2banana (Common ground with islamic terrorists-they want to die for allah and we want to arrange the meeting)
[ Post Reply | Private Reply | To 1 | View Replies]
To: Tolerance Sucks Rocks
Well, at least Amazon hasn’t gone to fascist extremes yet. But maybe that will come later. 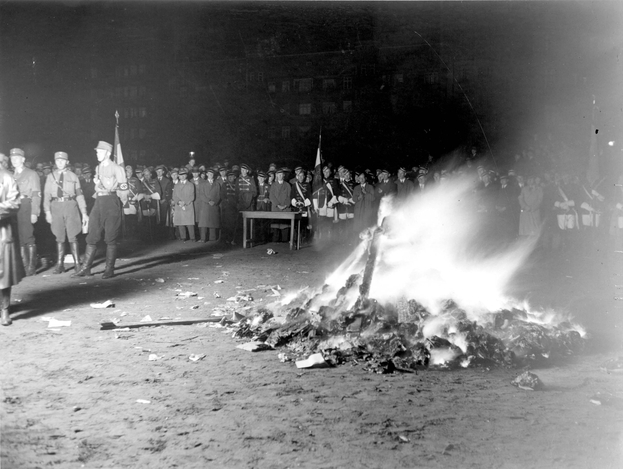 I have cancelled my Amazon Prime account, am in the process of cancelling my Amazon Audible audiobook service (turns out I can download all the free audiobooks I want through my library for free), and will be ditching my Amazon Visa card; haven’t bought anything from Amazon since they deplatformed PDJT.

Saved a bunch of money, and my conscience.

jeff bezos’s power went to his head, and he has become a monomaniacal control freak. He has so much money he doesn’t care if he loses a billion or so.

He is using his empire to change the world. Sorry, baldie, it’s just a bookstore!

8 posted on 02/23/2021 5:19:54 AM PST by I want the USA back (The nation is in the grips of hysterical insanity, as usual.)
[ Post Reply | Private Reply | To 1 | View Replies]
To: Tolerance Sucks Rocks
Amazon pulled a bestseller on transgender issues from its online store on Sunday without explanation.

Does anyone actually need an explanation?

As soon as I saw this, I tried to get online and find a copy. Of course, all of the little booksellers out there have gone and bought all of the $28 hard copies and are now selling them for $39 and up. I saw some for $88. I checked and even Barnes and Noble has none even in the stores. I assume that whatever books WERE out there in non-Amazon locations have been bought up by some booksellers.

I won’t pay that kind of money, but I’d like a copy. I have to wonder what Amazon is going to do with all of those books. I wonder how this works. Does Amazon only pay the publisher AFTER they are sold or does Amazon pay in advance for bulk purchases? It’s interesting. I’ve never thought about it.

I’m hoping that this book may end up back on the market somewhere at a more reasonable price.

Meanwhile, what are they afraid of? One must wonder. Last year I re-watched that movie, “Dressed to Kill,” and I told my husband that I was surprised that movie hasn’t been removed, because it is about a sociopath transgender.

13 posted on 02/23/2021 8:38:47 AM PST by BenLurkin (The above is not a statement of fact. It is either opinion, or satire. Or both.)
[ Post Reply | Private Reply | To 11 | View Replies]
To: Tolerance Sucks Rocks
"The removal of Anderson’s book also calls attention to Amazon’s oversized impact on book sales. In a 2019 letter to the House Antitrust Subcommittee, three major publishing associations wrote that Amazon controls 50 percent or more of the print book market, although some estimates put the number closer to 80 percent."

This is worse than most of you understand. If Amazon illegally pulls your title, fully expecting you to sue, 80% of your first printing is still physically sitting in Amazon slavewagehouses, almost certain never to be recalled back out of Bezos' bookshed to a brick & mortar; and you. the. author. are. truly. -----d.

Psycho, Silence of the Lambs, Stargate, Freebie and the Bean, long list...

Big brother has two options burn them or rewrite them see 1984.