Planned Parenthood CEO Alexis McGill Johnson exclaimed in an interview with Business Insider she is “completely over the moon” that abortion rights champion Kamala Harris is now vice president.

“She has really demonstrated her facility of understanding our issues but also the intersection of sexual and reproductive healthcare with issues of race, with issues of the economy, with issues of democracy and our American values,” Johnson said in the interview published Monday.

“I’m completely over the moon and so excited to support her leadership and support their vision for how we transform healthcare, as well as sexual reproductive healthcare,” she added.

Heels-Up probably got a volume discount at Planned Parenthood...pumping out little Willies one right after another.

“Completely over the moon” is a British idiom; seldom if ever used in American dialects.

Margaret Sanger would be proud of how they concentrate in Black Neighborhoods.

Does it go with Valerie Jarrett’s “easy peasy”?

Who could better represent Planned Parenthood than a barren, childless whore who is not a Natural Born Citizen and is sitting in a job that’s illegal for her to hold.

Racial cleansing at its best!

If that falls flat they can use the approach, “We’re only trying to help keep blacks out of prison!”

Is Alexis a cow?

11 posted on 02/03/2021 8:24:31 AM PST by a fool in paradise (Call on Joe Biden to follow Donald Trump's example and donate his annual salary to charity. )
[ Post Reply | Private Reply | To 1 | View Replies]
To: knighthawk
Planned Parenthood was established as a eugenics organization for the purpose of limiting the population of poor/minority people.

Kamala Harris might be the one person in the Biden administration who is as racist as Joe Biden himself.

None of this is a coincidence.

ENGLAND is anti-reproduction. Note that this message isn't very diverse. 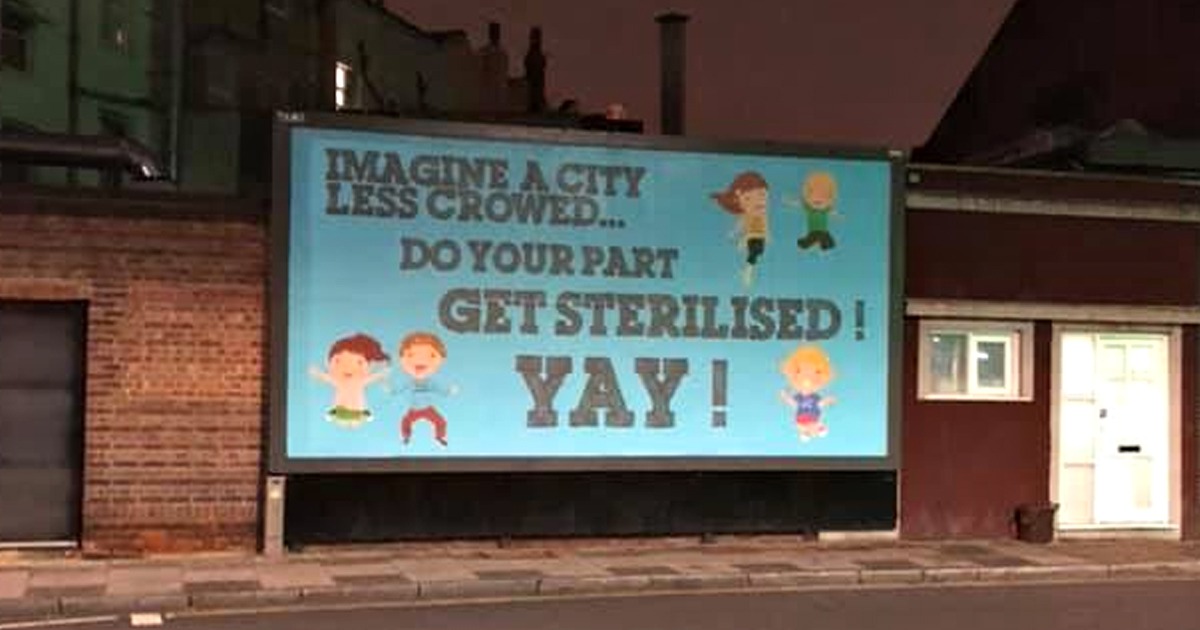 So was Planned Parenthood founder Margaret Sanger demanding NO MORE BABIES for a period of 10 year and very ANTI-CHOICE in her messaging, she doesn't care if a woman WANTS to have a baby. NO. period.

Translates to "Kill the baby".

14 posted on 02/03/2021 9:03:24 AM PST by JimRed (TERM LIMITS, NOW! Build the Wall Faster! TRUTH is the new HATE SPEECH.)
[ Post Reply | Private Reply | To 1 | View Replies]
To: knighthawk; All
Thank you for referencing that article knighthawk. Please note that the following critique is directed at the article and not at you.

"Planned Parenthood CEO: ‘Completely Over the Moon’ with Kamala Harris as VP"

FR: Never Accept the Premise of Your Opponent’s Argument

Patriots are reminded that, in stark contrast to the rights that the early states expressly protected with the Bill of Rights, the states have never amended the Constitution to expressly protect the politically correct, Democratic vote-winning “right” to murder unborn children, therefore no express abortion “right” that can be applied to the states through the 14th Amendment.

A grade schooler could figure this out. But evidently even after 244+ years we’re still behaving like British subjects.

"The Constitution was written to be understood by the voters; its words and phrases were used in their normal and ordinary, as distinguished from technical, meaning; where the intention is clear, there is no room for construction and no excuse for interpolation or addition [emphasis added].” —United States v. Sprague, 1931.

Seems that if we had “a list”, that Alexis McGill Johnson would be near the top of it.

Getting kickbacks off of taxpayer’s loot and deficit spending feels great concerning both ends of the graft.