Morocco Is a Model for Other Nations Longing for Peace
Townhall.com ^ | January 23, 2021 | Yael Eckstein

Last month, I was thrilled to see Morocco become the fourth Arab nation in the past several months to announce that it would establish full diplomatic relations with Israel. It’s yet another step towards peace in the string of groundbreaking developments that began last summer with the historic Abraham Accords.

Even today, Morocco and Israel have just signed an agreement allowing for direct flights to operate between the two nations.

Before these recent developments, Morocco had already begun to blaze a trail for harmony among Muslims and Jews. They hold a reputation for tolerance and diversity that can serve as a model for other nations around the world that truly want peace for all their citizens.

Of course, for Israel to normalize relations with any of its neighbors is good news, but Morocco has personal significance for me. In 2017, I had the most amazing experience when I traveled to Morocco to help deliver aid to the small but vibrant Moroccan Jewish community. The lessons I learned there on brotherhood, perseverance, and peace remain an inspiration and guiding light to this day.

Though I have learned about the Jewish communities that once existed in Arab countries, I hadn’t fully understood the depth of the history until I walked in their footsteps. As I was given a tour through the streets of Casablanca and Marrakesh, I was reminded that though Morocco today is a Muslim country, it had been a thriving center of Jewish life prior to World War II, and has a rich Jewish history going back to ancient times – predating the Muslim presence in the region.

Morocco has proven to be quite tolerant toward Jews, particularly in comparison to most of Israel’s neighbors. During World War II, it was Morocco that boldly refused to target Jews for inevitable death, but regarded them as equal to any other Moroccan. The tolerance and respect for Jewish people was driven home to me by a Muslim bellboy at one of the hotels where I stayed. “This is your home,” he said to me, while pointing to a picture on the wall of the Atlas Mountains. “Your people were here before mine.”

I could see the kindness and openness of my young friend reflected on a larger scale throughout my travels in the country. In fact, kindness followed me wherever I went. When I roamed the market, vendors excitedly shouted out “Shalom” to me as I walked by. I visited a 500-year-old synagogue that once served the hundreds of thousands of Jews who lived in the country before World War II, until they fled due to the chaos and uncertainty of war and the formation of the State of Israel, and saw how the locals respect this holy place. I laid my hands on the gravestones in an ancient Jewish cemetery and was deeply moved by how lovingly they were preserved. I saw firsthand that most Moroccans have a genuine respect for the Jewish people, as well as Jewish history – history that most Muslim countries destroyed long ago.

The truth is that The Fellowship has been serving Morocco’s small yet inspirational Jewish community for years, though due to political sensitivities we haven’t been able to discuss it publicly. We’ve supported aliyah (immigration to Israel) for Jews wishing to live in the Holy Land. We’ve provided food vouchers and special holiday food to Jews in need for Jewish holidays like Passover and Rosh Hashanah. And even as we have delivered aid to the Jewish community in Morocco, we have also tried to repay their friendly neighbors by distributing food boxes out of the local synagogue to Muslims in need during their holidays as well. It is all part of our mission of helping and bridge-building – but sometimes, in sensitive areas of the world, our work must remain secret, for the safety of all.

One night during my trip to Morocco, I attended an event marking the month of Ramadan, which is holy to Muslims. This might not seem remarkable, but indeed it was one of the most remarkable experiences of my life. This iftar meal (the breaking of the Ramadan fast) was held at a Marrakesh synagogue and was sponsored by the local Jewish community. Many Jews were in attendance, along with senior Muslim advisors to the King. As I watched the Jews and Muslims gather in a spirit of tolerance, faith, and genuine respect for one another, I wished the entire world was witnessing this remarkable gesture of peace and goodwill. The biblical verse “How good and pleasant it is when God’s people live together in unity” (Psalm 133:1) was taking place before my eyes.

I’m glad to see that this congenial spirit has now been made “official” by the opening of formal relations between Israel and Morocco. My prayer today is that these examples permeate the hearts of leaders in every nation on earth and that, in place of hostility and bitterness, friendship and mutual understanding will always prevail. 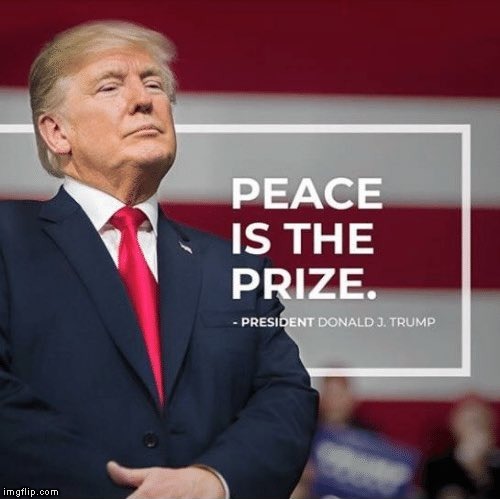 2 posted on 01/23/2021 9:59:11 AM PST by BenLurkin (The above is not a statement of fact. It is either opinion, or satire. Or both.)
[ Post Reply | Private Reply | To 1 | View Replies]
To: Kaslin
Last month, I was thrilled to see Morocco become the fourth Arab nation in the past several months to announce that it would establish full diplomatic relations with Israel.

It's a miracle! Are there any common denominators that might explain this? No. Probably not. That would make it an unmiracle.

The enemy (Iran) of my enemy (Israel) is my friend. No need to read some 2000 page Geo-politics briefing.

I see her on TV all the time.

If memory serves, Trump was able to negotiate this by having the U.S. recognize Moroccan control over Western Sahara. Hopefully the Illegitimate Biden Administration won’t mess with that as the UN types were opposed to it.

9 posted on 01/23/2021 10:43:09 AM PST by Stravinsky (Politeness will not defeat the Marxist revolutionaries)
[ Post Reply | Private Reply | To 1 | View Replies]
To: Kaslin; Travis McGee
" I was thrilled to see Morocco become the fourth Arab nation in the past several months to announce that it would establish full diplomatic relations with Israel."

Who is responsible for these Arab nations to recognize and establish relations with Israel? Obama? Bush II? Clinton? Bush I? Reagan? Carter? Nixon? LBJ?

Shall I go all the way back to 1946 when Israel got their nation and was immediately attacked by the Arab world? With all the Camp David accords and other meets, the above still couldn't get any real results.

It was a non-politician named Donald J. Trump who made this happen. I don't understand how he did it, but he is the man of the Art of Deal. That is why I voted for him twice, even though I didn't care for his style, but he got results.

Unfortunately, I believe Hiden will undo that progress. Still, Pres. Trump will go down in history for easing tensions in the ME and bringing enemies together. I applaud him for that, not to mention his super economy.

Let's watch as Hiden gets our kids more involved in nation building, as we watch the multitude of flag-drapped coffins coming home once again.

Two people groups that got screwed the most with this election:

1. Jews: they will find out sooner than most— the Eagle no longer has its back.

2. Blacks: they will find out after 20 million DACAs become citizens that politicians won’t pander to them, and the Latino gangs start ethnic cleansing; Los Angeles-style.

LOL!! And BOTH of those groups voted OVERWHELMINGLY for PEDO JOE! Dumbasses....they will get what they deserve!

Morocco? What is life like for Christians?
The average pressure on Christians in Morocco remains high. And for converts from Islam, the pressure is even higher. They can lose their inheritance rights or even custody of their children.

Converts face opposition from family members, who do not want them to practice their new faith publicly—often, this means new Christians are not allowed to be baptized, married or buried in a church or Christian ceremony. Particularly in rural areas, these followers of Jesus also face significant hostility from their local community and government.