Out of Patience in California .. Residents are fed up with officials’ blatant disregard for the public interest.
City Journal ^ | December 7, 2020 | Erica Sandberg

Political atheism is spreading across California, and cynicism is taking hold. Reviling policymakers is not new, of course, but the current disdain is particularly intense. As elected officials’ disregard for constituents and the law becomes ever more evident, all but the most stalwart loyalists are turning against them.

Mistrust is worsened by Covid restrictions “for thee, but not for me.” In September, the unmasked Speaker of the House, Nancy Pelosi, visited a San Francisco hair salon closed under strict emergency pandemic orders. Business owners had been forced to cease operations and the public was restricted from getting haircuts, but Pelosi made herself an exception. Her claims of a “setup,” and a demand that the salon owner apologize to her, did little to restore trust.

More recently, Governor Gavin Newsom instructed citizens to stay home for Thanksgiving and Christmas and avoid all contact with friends and family members from outside their households. Flaunting the rules, he dined at the luxurious French Laundry restaurant with a large group of associates. The result, reported Carla Marinucci in politico.com, was a blow to his approval ratings and inspiration for newfound vigor for his recall. County Supervisor Sheila Kuehl voted to ban all outdoor dining, which she described as “a most dangerous situation”; news soon emerged that she had dined outdoors, at Il Forno Trattoria in Santa Monica. San Jose Mayor Sam Liccardo spent Thanksgiving at his parents’ home, apparently skirting health guidelines that urge the public to avoid such gatherings.

In San Francisco, trust in local government has reached a nadir. Mayor London Breed maintains some support, but it’s primarily due to her perceived success in keeping Covid cases down. It’s certainly not for increased quality of life, since the city grows filthier and more dangerous every day. Companies, small and large, are leaving. The decline of San Francisco is particularly distressing to those who stay.

Most city supervisors pander to extremist homeless activists, alienating the rest of the community. Supervisors Dean Preston, Matt Haney, and Shamann Walton are especially vilified for ignoring the plight of their districts. In the Bayview neighborhood, the city permitted a homeless camp to set up in front of several thriving businesses, blocking workers from entering. Violent crime is on the rise. When business owners pleaded with Walton for help, the supervisor refused to make any adjustments.

“I don’t trust supervisors to put us as their priority anymore,” says David Eisenberg, president of Micro-Tracers Inc., located adjacent to the campsite. “They want to keep everything secret. There is no consideration for the damage they’re doing. There’s a strong likelihood that 200 jobs will leave the city, all for 18 tents.”

District Attorney Chesa Boudin ran—and won—on criminal justice reform, assuring voters that the city would be safer. Instead, serious crimes spiked while prosecutions plummeted. SFPD data show that in one year, homicide has increased by 40 percent, burglary by 45.3 percent, motor vehicle theft by 32.7 percent, and arson by 33.3 percent. Victims are left without justice or recourse. Boudin blames a staffing shortage for the problem, but demands for his recall are escalating.

Los Angeles is also suffering with Eric Garcetti as mayor. Since November, hundreds of Black Lives Matter activists have been protesting outside Garcetti’s home to oppose his potential nomination to President-Elect Joe Biden’s cabinet. Protesters are calling Garcetti the worst mayor in the nation. “There is zero trust in him anymore,” says Kevin Dalton, who plans to oppose him in 2022. “Garcetti is a joke. He hasn’t been here for the city. It’s disheartening.” During Garcetti’s tenure, L.A.’s annual homeless count has steadily risen. Today, 66,433 people live on the city’s streets, up 12.7 percent from 2019. Dalton epitomizes the zeitgeist of Southern California. He’s a father, a small-business owner working on an app for tourism, and a yoga instructor. With about 75,000 avid Twitter followers, he’s generating buzz, mainly due to a reaction against the current administration’s failures.

A few California politicians are restoring hope. California assembly members James Gallagher and Kevin Kiley sued Newsom over his executive order that allowed him to enjoy one-man rule during an emergency. They won. Kiley was a vocal opponent of AB5, the law that decimated California’s gig economy. Dalton believes that people involved in the community should run for office—and, if they win, fix a few problems and get out. “That’s what the system was designed for,” says the politically independent contender. “Our forefathers didn’t think people would be in office for half a century. If your only goal is to defeat the other side, you’re already lost.”

Government officials have created an atmosphere of scorn in California and in great cities around the country. It won’t last. Everything has a bottom, and we’re scraping it. Americans deserve honesty, transparency, and accountability from their leaders. I’m confident that, in time, candidates offering those qualities will appear.

Chesa Boudin, a one-time deputy public defender who has never tried a case .. because his parents were sent to prison when he was a child, Boudin grew up with Bill Ayers and Bernardine Dohrn. The couple are unrepentant Weather Underground members who went into hiding in 1970 after a bomb intended to kill army officers at a dance in New Jersey instead blew up a townhome in New York’s Greenwich Village.. were never prosecuted for their involvement with the 25 bombings the Weather Underground claimed..

Boudin role model Ayers, now a university professor, is famous for saying “guilty as sin, free as a bird,” when he learned he and Dohrn were going to avoid justice.

Rather than the sob story of a kid who had to grow up without parents, his is a tale of extremist and revolutionary connections that run deep. Uncle Louis Boudin was a Marxist theoretician. Grandaddy Leonard Boudin was a lawyer who represented Fidel Castro. 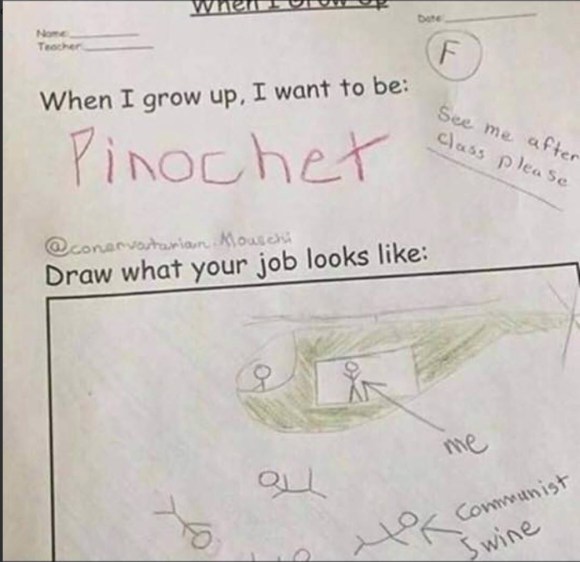 2 posted on 12/21/2020 5:39:57 AM PST by MtnClimber (For photos of Colorado scenery and wildlife, click on my screen name for my FR home page.)
[ Post Reply | Private Reply | To 1 | View Replies]
To: All
Cali Gov Gavin Nuisance told citizens to stay home for Thanksgiving and Christmas and avoid all contact with friends and family members. He then conspicuously dined at the posh French Laundry restaurant with a large group of associates. The result? His meager approval ratings sank......and citizens newfound vigor for Nuisance's recall.

The recall has to go through.

Will the voting population of California recall a single one of these Commie subversives?

Will they re-elect the same pols that are systematically dismantling and destroying California?

I do not believe the will is there to recall Newsom, as it was in 2003 when Grey “Gumby” Davis was recalled.

The voting population has changed: demographics. As Pat Buchanan once quipped: “They’ll vote themselves more services every time.”

That and voter fraud. Some say it originated here, California democrats are masters at it.

I say this as a life-long Californian with family all over the political spectrum up and down the state.

Will the voting population of California recall a single one of these Commie subversives?

Will they re-elect the same pols that are systematically dismantling and destroying California?

And they will get the gov’t they deserve.

Lol, yes but will the sheeple vote for them? Even if they finally do, it will be stolen by the left anyway. Oregon and Washington have not had a R Governor since we went all mail in ballots, 20 years ago.

Or those of us who did not vote for these Communist frauds will and are fleeing the state in droves - as many businesses and wealthy people already have - recently Joe Rogan, Elon Musk, Oracle.

This is why the California pols are looking hard at an exit tax.

The rest are being driven out of business by Newsom’s policies. The amount of businesses “out of business” in my medium-sized California town is staggering - and not just restaurants.

Death to all Democrats should be a national creed.
Really.
These ‘people’ are warped, evil, vile, and dangerous.

While they go out and ignore their own edicts.

IF officials are admitting to over 66,000 homeless, I can guarantee you it is at least 3 times that number.

Just wait until 2022, and watch how many Democrats are elected
to offices across the state.

The governor and all top officials will be Democrats.

Just refer to it as "Death Wish 2022", another sequel that
would make the James Bond franchise blush.

The Democrats have been the majority force in the Legislature
for 70 to 80 years.

Everyone knows there is 36" manure everywhere they go in
the state figuratively, but they still can't get up the
energy to support going in a new direction.

Unions will dictate to a massive body of the populace how
they will vote.

The Republican party will help, no not us, the Democrats.

I’d sure hate to be a landlord out there these days.