No one does more harm to journalism than people in journalism.

The Moody College of Communication at the University of Texas at Austin unveiled this week two awards honoring disgraced former CBS News anchor Dan Rather.

“The Dan Rather Medals for News and Guts honor the process of journalism as much as the end product,” the organization announced Wednesday. “They will be awarded to professional and collegiate journalists who go the extra yard — overcoming obstacles like stonewalling and harassment — to get the story that tells truth to power.”

A spokesperson for the Moody College of Communication confirmed in a response to the Washington Examiner that the awards are, in fact, real and that they are not part of an elaborate joke.

Look, this isn’t to keep harping on the disgraced newsman and his attempt 16 years ago to influence a presidential election with honest-to-God fake news. Rather (ha!), this is to underscore a deeper rot in the news industry and its feeder schools. Rather’s steady rehabilitation despite his lack of remorse for what he did during the 2004 presidential election is indicative of a much deeper problem in media. It is just another data point showing the press’s standards, or whatever we’re calling them these days, depend mostly on the person to whom they are being applied.

Rather should be a pariah in media, especially because he still maintains he did nothing wrong (he did). But he has enjoyed a renaissance in the news business these past couple of years, thanks, in large part, to his anti-President Trump social media activities.

I looked. It’s not Babylon Bee.

Failures patting each other on their backs. 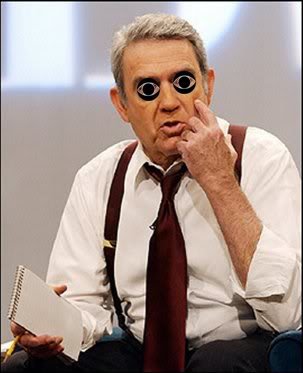 Well, they worship that fraud, Cronkite, too.

Praetorian guard for the Swamp

The Moody College of Communications at the University of Texas deserves an award for truth in advertising. They’re giving awards to future liars in the name of an exposed liar.

Bet they guard their booze lol

But you can’t receive the award unless you share an original “Ratherism” that is related in some way to Texas.

“This award is bigger than than a Dallas hairstylist’s ‘do!”

“I’d like to thank the committee for making me happier than bumblebee in a bluebonnet field!”

“And my sources are more wide-rangng than a West Texas wind farm!”

In all fairness all TV reporters are nothing but talking heads. Actors reading from a script. To call them journalists is absurd.

Howlin, every single one of these memos to file is in a proportionally spaced font, probably Palatino or Times New Roman.

The use of proportionally spaced fonts did not come into common use for office memos until the introduction of laser printers, word processing software, and personal computers. They were not widespread until the mid to late 90's. Before then, you needed typesetting equipment, and that wasn't used for personal memos to file. Even the Wang systems that were dominant in the mid 80's used monospaced fonts.

I am saying these documents are forgeries, run through a copier for 15 generations to make them look old.

This should be pursued aggressively.

The Dan Rather Medals for News and Guts

Sounds like something straight out of the Babylon Bee.

I’ll buy that. Not

Next year they will give it posthumously to Jack the Ripper who spilled a lot of guts and sold a lot of newspapers.

Liberals make up fairy-tales and spread bull sh** like it grows on their money trees in the back yard....