Trump paints apocalyptic portrait of life in US under Biden
The Associated Press ^ | October 29, 2020 | By DARLENE SUPERVILLE (D-AP)

The suburbs wouldn’t be the suburbs anymore, the economy would sink into its worst depression ever and police departments would cease to exist. Even America’s older adults would be left to figure out how to get by without heat, air conditioning or electricity.

This is the apocalyptic version of American life that President Donald Trump argues would be the dire consequence of turning over the White House to Democrat Joe Biden.

“He’ll bury you in regulations, dismantle your police departments, dissolve our borders, confiscate your guns, terminate religious liberty, destroy your suburbs,” Trump said in one of many over-the-top pronouncements about Biden in the campaign’s final weeks. Trump typically makes his warning about the fate of suburbia as he showcases his own decision to end federal regulations that govern the placement of low-incoming housing in the suburbs.

Experts say instilling fear in one’s opponent is usually the primary motivating factor behind such talk as candidates seek to give voters a reason to put a checkmark next to their name on the ballot.

Trump made fear - particularly the fear of immigrants - a major theme of his 2016 campaign. Now, he is giving voters a laundry list of mostly implausible reasons to fear a Biden presidency. 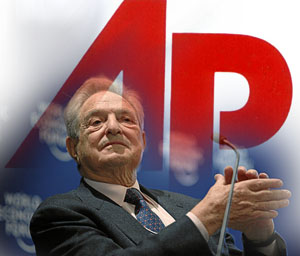 In an attempt to criticize Trump’s closing appeal to the Midwest and Sunbelt they find a retired professor from . . . Cal Berkeley. Okay.

If you read the Democrat Platform, you know that Trump is telling the truth.

It's the "linguistics" professor who is ignorant or practicing to deceive, when he attempts to reduce the presidents factual statements to mere style.

Biden intends to "ban [y]our AR15s" and "confiscate them." Biden says he will put Beto, who has voiced the same policy position, in charge of this task.

The President's statements are consistent with these gungrabbers stated plans. Scary as hell.

As opposed to Biden claiming that Trump is directly responsible for all 220,000 COVID-19 deaths and only Biden has a plan to defeat the China virus?

6 posted on 10/29/2020 3:43:26 AM PDT by CitizenUSA (Proverbs 14:34 Righteousness exalts a nation, but sin is a disgrace to any people.)
[ Post Reply | Private Reply | To 1 | View Replies]
To: Oldeconomybuyer
“It’s pure fear and fear based on a particular kind of ignorance that only works if your hearers have that particular kind of ignorance,” Robin Lakoff, professor emerita of linguistics at the University of California, Berkeley, said of Trump’s claims about Biden.

Of course, if you're ignorant of what you're defending, Professor Lakoff, that makes you an ignoramus in every sense of the word. In fact, the worst kind of all—an educated ignoramus. From page 31 of the Democrat platform:

"Democrats will ensure federal data collection and analysis is adequately funded and designed to allow for disaggregation by race, gender, sexual orientation, gender identity, geography, disability status, national origin, and other important variables, so that disparities in health coverage, access, and outcomes can be better understood and addressed."

As bad as Trump makes it sound, it’s probably an understatement. Especially if Biden lets The Squad call the shots.

8 posted on 10/29/2020 5:12:24 AM PDT by rbg81 (Truth is stranger than fiction)
[ Post Reply | Private Reply | To 1 | View Replies]
To: Oldeconomybuyer
“He’ll bury you in regulations, dismantle your police departments, dissolve our borders, confiscate your guns, terminate religious liberty, destroy your suburbs,”

Name one of these things that Democrats have not already done or are currently trying to do. These are simple statements of fact. It is only apocalyptic when people understand the ramifications of Democrat policies.

It may or may not be as dire as Mr. Trump tells it, but there’s no doubt in my mind that Joe Biden has no concrete plan for the future. His ideas can only put America at great risk for any kind of future.