NYC knows how to stop this crime surge — it just needs politicians willing to do it
NY Post ^ | October 26, 2020 | Bob McManus

New York’s sanguinary summer lingers, even though November is fast approaching, with at least seven more city residents gunned down over the weekend, including a fatally wounded tourist.

Don’t blame the cops. They’re doing what they’ve been told to do, which amounts to running in circles, now that Gotham’s political class has abandoned one of the most effective urban-policing strategies ever devised — largely because it was too harsh on criminals. Now New York is reaping the whirlwind.

Or, as The New York Times reported over the weekend: “More than 1,515 people have been shot so far this year, twice as many as all of 2019, and there have been 362 homicides, a 32 percent increase over last year.”

And that doesn’t include the weekend casualty count, which included a 20-year-old in town from Indiana to make skateboarding videos.

It’s hard to keep the numbers straight, of course, because they move so fast. And while the continuing crisis is mostly about illegal guns, it isn’t only about guns. Crime statistics are up sharply pretty much across the board, at least in those categories that don’t lend themselves to manipulation; burglary (up 42 percent) and auto theft (up 63 percent) usually generate insurance claims and thus are harder to hide.

And then there is the matter of Joshua Diaz, who police strongly believe is the fellow who shoved a 28-year-old woman to the tracks in the Times Square subway station Friday. There doesn’t seem to be much doubt that he did it, though that’s for the increasingly dysfunctional courts to determine.

But this much is clear: Diaz has been arrested 30 times since 2012, for burglary, assault, resisting arrest and criminal trespass — although his principal problem appears to be that he is crazy. And in that he is hardly alone.

New York has quite a ways to fall yet.

When Giuliani came along, NY had experienced at least 15 years of near bankruptcy, high crime, no-go neighborhoods, and decline in quality of life. Moreover, NY City was still the financial trading capital of the world and markets were undergoing a boom

Now, not only NY’s government, but also its population is in thrall to SJW socialism. They are also at the tail end of an 11 year stock market boom and the city’s finances have only just begun to collapse.

Hearts and minds aren’t even close to changing. Let’s check back in 10 years.

That’s the problem. Very few normals are willing to step into the breach and run for office. So we’re left with mediocre choices to fight against the Deep State.

Absolutely sickening how NYC went from the post 9/11 era into this toilet era. 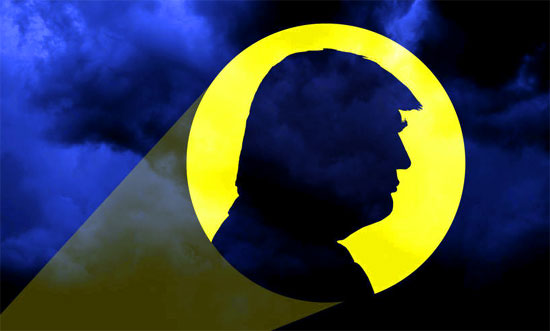 8 posted on 10/27/2020 1:07:05 PM PDT by conservativeimage (Progressives celebrate The Fall of Man today by reenacting the separation from God through sex act.)
[ Post Reply | Private Reply | To 1 | View Replies]
To: dfwgator

No choices at all. In my district, the only Republicans on the ballot were President Trump and some nonentity running for US Congress who no one had ever heard of and never mounted a campaign.

All the judges, the NY State Assemblyman, and the NY State Senator were running unopposed, as Democrats. It was a joke.