Bobulinski, the recipient of one of the emails retrieved from Hunter Biden’s laptop, went public on Wednesday night with a statement saying he confirms its authenticity and detailed how former Vice President Joe Biden — the Democrat nominee for president in this year’s election, which is just over 10 days away — was personally involved in many dealings with his son’s business associates.

Documents that Bobulinski provided to Senators have begun appearing in public, and have been obtained by a number of media outlets including Breitbart News.

In them, text messages, emails, and other documents illustrate a larger picture of concern regarding the Biden family’s operating procedures, and deep connections that Joe Biden himself has to all of this.

“Don’t mention Joe being involved, it’s only when u are face to face,” Biden family associate James Gilliar—the head of J2cR—says in one WhatsApp text message that Bobulinski provided to the Senate committees. “I know u know that but they are paranoid.”

Other text messages reveal details about the negotiations between Chinese officials and the Biden family. In one 2017 text message, Hunter Biden himself says that a Chinese investor intended to become partners with him in order to “be partners with the Bidens.”

Senate officials confirmed to Fox News and other outlets that Bobulinski is cooperating with them.

All of the documents that Bobulinski provided to the Senate investigators have also been provided to media outlets including Breitbart News.

The DEMs need to get this off the front page. I expect a suit to be filed soon against Trump soon for sexual harassment from several women and/or some nonsensical suit from NY against the Trump corporation and family.

CNN still not reporting anything on their page.

And NPR said there’s nothing here worth reporting.

We’re seeing the absolute death of MSM in America. Time to just start over at this point.

I’m wondering when: (1) Dem candidates see Biden is a sinking ship and start seeking to distance themselves from the wake; and (2) the media types realize their credibility will go to SubZero if they don’t report on a scandal that makes Watergate look like a picnic.

What obligation do members of the Senate, to whom this information was given, have to inform the American people about these findings? Presumably we should know if they are true before we vote for someone who could potentially be in a compromised position with the second most powerful country in the world, China.

Don’t expect them too!

This would be the ideal time for Don Trump, Jr. to purchase OAN and start turning it into a REAL network.

This is BIG story.

Well, in a rational world with rational media it is indeed a huge story. In our world we have to wait and see. I am hopeful but far from confident.

In a nutshell this insider tells us: Joe was in on the Hunter Deals and, as if anyone ever doubted it, Joe Biden is the Big Guy that Hunter refers to in his emails.

Worth following. Tucker, are you listening? I expect to see this guy on your show. Tonight would not be soon enough.

I agree with you and I’ve been expecting it.

All the MSM has to do is run interference for a few more days. They can do it standing on their heads.

This makes him a “whistleblower,” doesn’t it?

“Bobulinski’s statement and cooperation with Senate investigators seems to have blown the scandal wide open, as Sen. Josh Hawley (R-MO) noted on Thursday morning that the Senate Judiciary Committee voted to subpoena Twitter and Facebook over the tech companies’ move to censor the original New York Post story that first revealed emails from Hunter Biden’s laptop. Hawley said that the committee did not have enough GOP support even 24 hours ago for subpoenas of Twitter and Facebook, and that everything seems to have changed in the last day.“

A thermonuclear blast with ground zero being Biden’s basement.

Their interference is meaningless now. It only hurts themselves (not that they have any problem with hurting themselves)

Biden is burnt toast...burnt toast that’s been tossed into glowing charcoals with the smoke captured by industrial scrubbers. There’s nothing left of him.

>> CNN still not reporting anything on their page.

“The DEMs need to get this off the front page. I expect a suit to be filed soon against Trump soon for sexual harassment from several women and/or some nonsensical suit from NY against the Trump corporation and family.”

It has never made the front page.

“trove” and “tranche” are being used a lot these days.

And every Senator named in his documents will recuse themselves from the investigation. 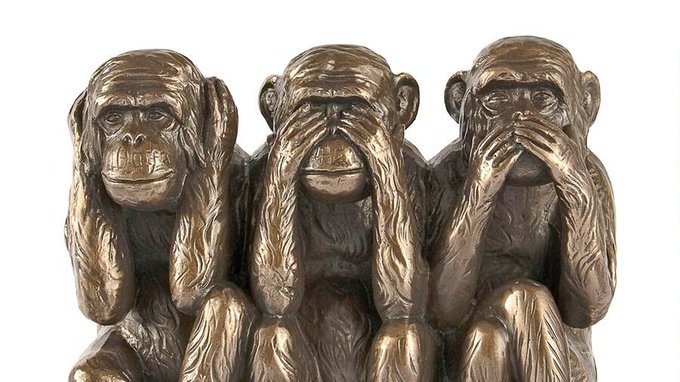