With All Due Respect, It's NOT Settled and We DO Deserve to Know
Townhall.com ^ | October 18, 2020 | Kevin McCullough

When President Donald Trump brought up Hunter Biden’s activity in the first presidential debate the former Vice President attempted to pass it off as rumor.

Rumor that has supposedly been debunked.

He waved his hand in the air and attempted to over talk the president. He claimed and implied that multiple journalists had investigated the claims and found them to be something akin to gossip.

Which was an interesting angle to take because he didn’t deny them on substance.

Unlike the president who has had to condemn white supremacy more than two dozen times publicly, when he’s never embraced it in any fashion—Joe Biden has never been asked serious questions about his son’s entanglements in Ukrainian and Chinese energy partnerships that seem to lucratively lubricate the Biden family’s bank accounts.

And all of that was before the public discovery of Hunter Biden’s abandoned laptop.

It has been five days since some of the laptop’s contents have been revealed and to date neither the candidate nor the campaign have denied the stack of evidence that is growing by the day that then-Vice President Joe Biden was not only aware of his son’s activities but deeply involved in them.

Up to $10 million dollars worth of involvement on just one deal with the Chinese Communist Party alone.

Yet there is one more openly disturbing thing that Joe Biden did following that first debate that was even more troublesome.

When asked by a lone reporter an actual substantive question concerning his view towards rigging the judiciary branch of government so as to appease his progressive base and permanently install a crooked and anti-constitutional approach to governance his reaction was shocking.

He attacked the reporter, mocked the voters, and claimed the American people “don’t deserve to know,” his view on that specific issue.

Fast forward to this weekend when a lone CBS News reporter finally asked him about the issues surrounding Hunter Biden’s laptop, he attacked the reporter, dismissed the issue, claimed the question amounted to a smear campaign and refused to answer the question.

If roles were reversed, and Donald Trump was being accused of peddling influence so that Don Jr. could get a free pair of chopsticks at Benihanas the press would identify the eighteen points of law broken in doing so.

Yet for the Bidens the media have carried the water. They have attempted to engage Big Tech to prevent dissemination of the facts. And when all else fails they have perpetrated a narrative that claims the Biden alleged illegalities are off limits because Joe’s kid has a drug problem.

Hunter’s drug habit—real or not—has precious nothing to do with why the former vice president himself is specifically earmarked for a $10 million dollar pay out from the Chinese on just one of the deals that he helped facilitate, offer transportation to on Air Force 2, and then claim ignorance on.

If Joe Biden was selling out our nation as vice president, and likely continuing into his time out of office, what would prevent him from doing it every single damn day as the most powerful man on planet earth?

Nothing related to this has been honestly looked into, but it must be.

And sorry Mr. Vice President, we do most certainly deserve to know!

Joe, you should have gone with hope and change, rather than tired and hiding, as your campaign theme. Lift the lid and get back out there on the road with Hunter and wow ‘em, man!

“They have attempted to engage Big Tech to prevent dissemination of the facts.”

The “don’t deserve to know” comment was the most arrogant, condescending comment I’ve heard this POS say...

Despite Democrats assertions, the Stepford voters don’t exist only in the Republican Party.

1.) It is not a rumor. 2.) The detail provide by the media as to what has been debunked is only one written word, "debunked".

The media is complicit in this.

I'm occasionally reminded of Maobama's message to Joe that "you don't have to do this." I suspect that Joe's deals to a whole host of foreign entities made it impossible for him to not run.... Lie down with dogs, get up with powerful flees that in the end, control and direct every movement you make.

The Sunday morning TV talking point today is that two Senate committees investigated this and cleared Biden. Pure garbage. If one of those was the Intelligence Committee, it is lead by a Deep Swamper. I’m sure they didn’t address the issue of the laptops that came up only this week. And the absence of evidence in an investigation does not mean the dirty grifting deed didn’t happen. Now there is documented evidence. Nice try, Dims.

It's so bad for Brainless Joe right now that the ad running today on Roku implies President Trump didn't pay income taxes and that Harris' plan will do blah blah blah. Harris' plan? Yeah, that'll really sell it, Top Tier/Heel's Up has a plan. 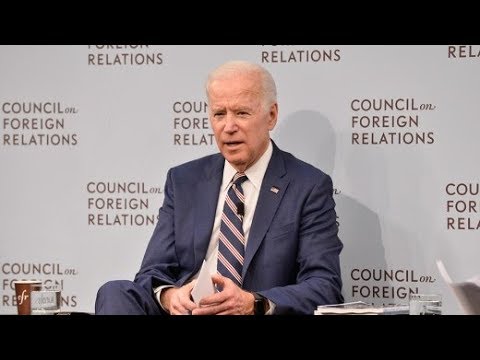 “How can a voter, after hearing such a comment [’don’t deserve to know’], still vote for Biden?”

How many voters do you think heard that comment or heard about it? We here on FR forget that the electorate is largely brain-dead when it comes to politics.

That remark together with the very obvious deep corruption and concomitant serious national security risk should make Biden ineligible for the office.

Will enough of my fellow Compatriots be insane enough to elect this corrupt evil Power hungry SOB?