Failed Presidential candidate Hillary Clinton insisted Black Lives Matter is a “theological statement” while speaking on her newly-launched podcast, You and Me Both with Hillary Clinton.

While speaking positively about the Black Lives Matter, the former Secretary of State commented that the activist movement, which in lockstep with AntiFa has been responsible for nationwide rioting and violence, was a “theological” movement:

“When you think about the very deliberate, concerted effort by one political party to basically try to own Christianity and it overlooks the role of the African American church, it overlooks, as you say, a lot of theology, a lot of history, it also overlooks this moment in time. Black Lives Matter, I view as, very profoundly, a theological statement. When you think about what’s happening in our country right now, do you see that maybe we are finally going to have the moral reckoning that has been distorted and perverted and postponed for so long?”

Black Lives Matter has deep ties to Marxism – a political philosophy inherently opposed to religion – through its founders.

“We actually do have an ideological frame. Myself and Alicia in particular, we’re trained organizers. We are trained Marxists. We are super versed on ideological theories,” she continued, referencing fellow Black Lives Matter co-founder Alicia Garza.

Garza similarly called for the movements to “oppose capitalism” at a conference hosted by George Soros’s Institute for New Economic Thinking:

“We need to build a different kind of movement that continues to push to take back the things that we’ve won but also continues to pull in new people into the fight who should’ve been there in the first place. The way that we do that, in my opinion, is not just by opposing what is wrong, what is fascist, what is xenophobic, what is racist, what is capitalist, imperialist about our president-elect. It’s not just about opposing those things. It’s not just about him, but it’s also very much about organizing and building power.” 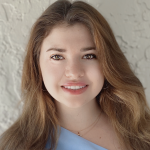 Dayum. The Onion has some serious competition.

Where were you the night of Benghazi?

Black Lives Matters founders are Lesbians and Marxists. They are pushing sexual fluidity. They want to reduce masculinity and eliminate the nuclear family. They want police out of urban areas. They want to expose and rub-raw racial differences.

This would be DISASTER for Black Americans.

By what possible stretch of a sane imagination do you come up with the idea that “Black Lives Matter” is a theological statement? Anyone who would actually think that is full goose bozo.

I guess that Hillary is a “person of faith” just like Kamala Harris.

Gosh. Democrat Socialists are such devout Christians....I’m quite impressed.

Where was she during her 2016 campaign? I can’t recall one interview or rally she held back then and that’s one of the main reasons she lost the election, something she STILL will not take responsibility for. Instead she created this Trump/Russia collusion hoax to excuse her own arrogance and laziness.

There is a theological basis, but her application and god are incorrect.

THERE is a theological statement for you, Mrs. Clinton.

Yeah theological, in the Church of Satan.

So sure, Hillary, you're right.

Didn’t Bill say Obama should be fetching him some coffee ?

They never just say something.

It’s ALWAYS laying the groundwork for something.