(Oct. 5, 2020) — Senator Kamala Devi Harris, aka the “Female Obama,” – was no doubt Obama’s choice to be Joe’s running mate – in exchange for Barack’s much needed, albeit belated, and tepid endorsement. Harris, an affirmative action, identity politics pick, not only checks the gender and skin color boxes, but conveniently provides cover for the fact that Obama usurped the presidency in 2008 and again, in 2012. Harris, like Obama, is an unlawful candidate. She is not a Natural Born citizen and is thus constitutionally ineligible to be VPOTUS (12th Amendment) or POTUS (Article II Section 1, Clause 5). Both of her parents were foreign citizens at the time of her birth in California in 1964, meaning that Kamala was born with dual citizenship and divided allegiances at birth. Harris is a 14th Amendment Native born American citizen at best and a Jamaican citizen by descent through her father.

Regardless of her eligibility status, Harris is manifestly unfit for office because of her brazen disregard for Constitutional principles, the rule of law, due process, and basic human rights. A Harris-Biden administration would rip this country apart, shredding the Constitution even further while expanding the racial divide. Kamala Harris’s gross indifference to America’s founding principles and her toxic racial politics should be an automatic dis-qualifier. … continue reading at: https://www.thepostemail.com/2020/10/05/kamala-harris-unlawful-unprincipled-un-american/

TOPICS: Constitution/Conservatism; Government; News/Current Events; Politics/Elections
KEYWORDS: kamala; kamalabio; kamalaharris; naturalborncitizen; simplyunfit; vpeligibility
Kamala Harris is "Simply Unfit" for command of our military or to be sitting as VP in waiting for that opportunity. She is not constitutionally eligible per the 12th Amendment to be the VP, or per Article II Section 1 Clause 5, the President. She was born a Citizen of Jamaica via her Jamaican citizen, non-immigrant, father who was temporarily sojourning in the USA when Kamala was born in 1964 in CA. She was born owing homage and allegiance to the Queen of Jamaica, the Queen of England: https://cdrkerchner.wordpress.com/2020/09/19/kamala-harris-owes-homage-and-allegiance-to-queen-of-jamaica/

Kamala's mother was a citizen of India and also only temporarily sojourning in the USA, Kamala Harris is an "anchor baby" and was not born of parents who were under the full political jurisdiction of the USA. So the 14th Amendment if she was taken before the U.S. Supreme Court under the WKA (1898) decision she would learn that decision does not apply to her status. Vice President Pence is likely the only one with the ability to overcome the "standing" technicalities to get the case adjudicated by the federal courts. But since the RNC has its own stable of constitutionally ineligible candidates, such as Cruz and Jindall, such case will likely not be brought.

Harris is in other words a female analog of Obama who is like Obama, not constitutionally eligible for the office they seek. Neither Harris or Obama had a U.S. Citizen or immigrant father when they were born. Both were born with foreign allegiance and foreign influences on them at birth, exactly what the founders and framers did not want for future Presidents and VPs after the founding generation was gone. Kamala Harris is not a "natural born Citizen" of the United States to constitutional standards as is required by the 12th Amendment, last line. She is not constitutionally eligible for the office she seeks. She was born with foreign influence and foreign innate allegiances. She must not be elected to the office she seeks. She should be removed from the ballot. VP Pence has been sent this information. We'll see if he brings any of it up during the debate.

And she has a face where one cannot find a focal point that is not unpleasant.

Would be hard to look at for 8 or even 4 yrs. She will age poorly. 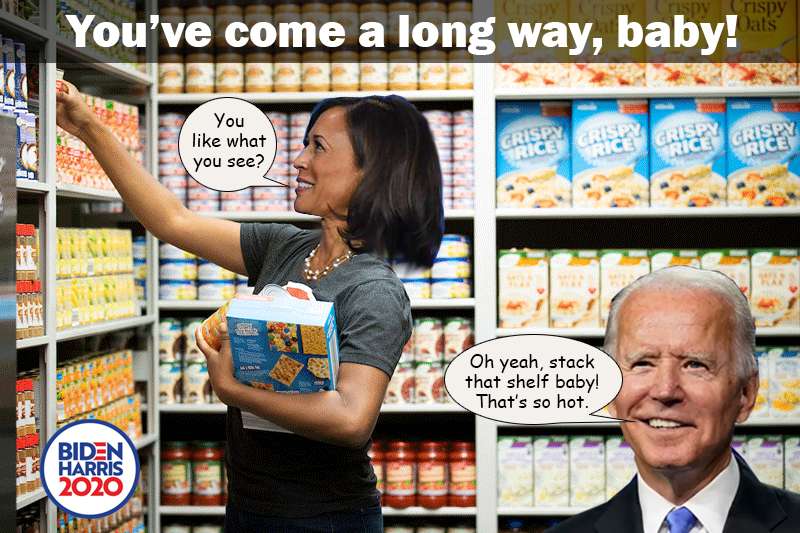 Also ineligible ( and she knows it, she’s erased everything from her website and bio indicating it)

Pence must step up tomorrow night and destroy her.

Don’t hold your breath. Pence is an empty suit; incapable of confronting the likes of Harris, Nadler, Schumer, or Pelosi.

Pence is more than capable of beating Harris in the debate - as long as he doesn’t think doing so would sound rude.

Harris is a monster not unlike that demonic Obama creature who their ‘god’ Moloch owes a debt too,

She is the one that persecuted David Daleiden for the sin of exposing Planned Parenthood’s harvesting of organs from innocent babies.

This is something far beyond just evil at work here,

Our party needs fighters like Winston Churchill, Patton and Curtis LeMay, not Caspar Milquetoast Pence. God help this country if Pence ever became President. The dems would have a field day... not to mention our overseas adversaries.