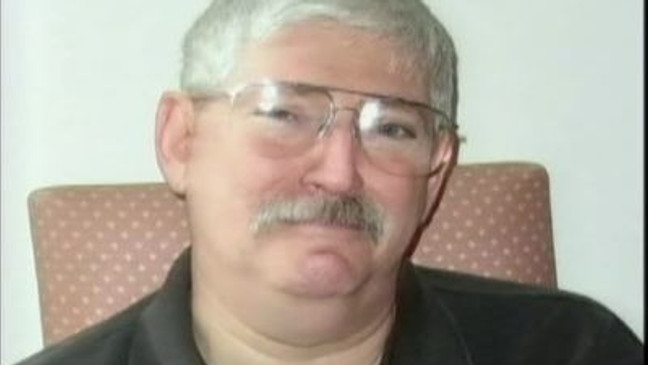 Obama and Kerry gave the money away to Iran.

Getting a judgment is one thing. Not always easy.
Collecting the judgment might be harder. And I am sure the family would rather have Bob than the money. I seriously mean that.

Isn't this standard spycraft? Isn't this just the hazards one might expect working for the CIA?

“Obama and Kerry gave the money away to Iran.
Illegally.”

MANY alleged freepers at the time, and since: “It was their money anyway.”

Could have paid the family out of that captured money. Believe we did that before.

Then Muslim Obama gave it back.

Oh, I don't know. If they don't want to pay up, we could start collecting more scalps of Iranian officials. Drone strikes seem to work.

In the process we could inquire if they're ready to pay, or if they need us to continue helping them reduce personnel costs.

In this case, he rates a name, rather than an asterisk on the wall.

Hmm, I wonder if he was outed, too.

11 posted on 10/05/2020 8:22:28 PM PDT by treetopsandroofs
[ Post Reply | Private Reply | To 4 | View Replies]
To: SmokingJoe
There are people in his family that think he is still alive. There was nothing in the article describing his torture. If by "torture" they meant trotting him out on a regular basis and giving him the false hope that he might go free, then he should have been able to deal with that.

If by torture they mean electrical shocks, beatings, keeping him in a cell so small he can't lie down, keeping him up and preventing him from sleeping, etc. then that would be a violation of the Geneva Convention. I don't know that that would allow for a civil suit. Just some sort of condemnation from the UN and further economic sanctions.

The Levinson family and attorney David McGee were fortunate that they got a Federalist Society Trump judge on the DC district court, instead of a corrupt RapinBill judge like "Dirty Emmet" Sullivan or a Clownbammy Musloid sympathizer "judge" like many of those that Odiousbama, seditious piece of Muzzie cr@p, tried to pack the court with.

They will NEVER see the money or their loved one ever again!!

Lol, I like your idea. But more likely is confiscation via force of some Iranian Asset somewhere in the world. A loaded tanker might be enough to satisfy the judgment. With statutory interest, the debt will increase exponentially in years to come. Good job by this lawyer. I hope the family collects every dime of it.

A couple of C17s will be there in the morning. Have it in genuine US Dollars and palletized.

This case involves the woman, Gritz, whom Andrew McCabe was harassing ...she was trying to investigate the disappearance of Levinson. Also involved in Levinson’s case was the last man who reportedly met with him, a black American expat who fled the US years ago after assassinating an Iranian diplomat/Shah loyalist in Washington DC circa 1981. The assassin went into Khomeini’s Iran where they put him to work for Iran TV. Anyway, the woman, Gritz, was getting flak from McCabe of Russiagate fame and General Flynn stood up for her, incurring McCabe’s wrath... that is if he hadn’t already after writing Field of Fight which was anti-Iran.

Top Tehran TV journalist wanted by FBI for 1980 murder in the US
9/4/2009, 8:54:31 AM · by nuconvert · 7 replies · 517+ views
TimesOnline - UK ^ | September 4, 2009
An American fugitive, accused of murdering an aide to the late Shah of Iran in the United States, was made an editor of Iran’s English-language television network in Tehran. Hassan Abdulrahman, who is wanted by the FBI for shooting dead Ali Akbar Tabatabai in Maryland, worked for Iran’s flagship broadcaster Press TV, which has bureaus across the world, including London. A Press TV journalist who resigned in protest over the channel’s coverage of the apparently rigged Iranian election in June told The Times yesterday that Mr Abdulrahman was chief editor at the head office of the network. The journalist, who...

Mueller may have a conflict — and it leads directly to a Russian oligarch
5/14/2018, 4:14:54 PM · by SoFloFreeper · 19 replies
The sHill ^ | 5/14/18 | John Solomon
...In 2009, when Mueller ran the FBI, the bureau asked Russian oligarch Oleg Deripaska to spend millions of his own dollars funding an FBI-supervised operation to rescue a retired FBI agent, Robert Levinson, captured in Iran while working for the CIA in 2007.

“Harder?” Impossible. You are dreaming.