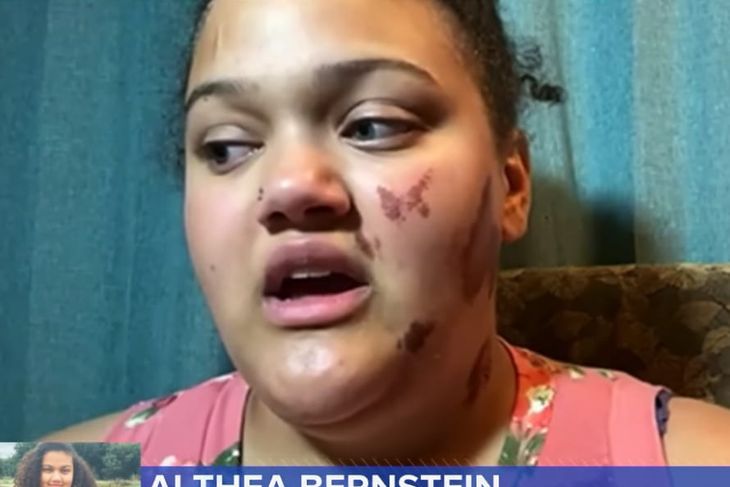 Federal authorities have closed their investigation into a “hate crime” incident in Madison, Wisc., where a black woman claimed four white men threw lighter fluid on her and set her on fire after shouting a racial epithet.

Eighteen-year-old Althea Bernstein claimed she was the victim of a June hate crime attack. Her story was uncritically reported across the nation. CNN, NBC, Good Morning America, and most major print publications told a horrific story.

Althea Bernstein, 18, told investigators she was stopped at a traffic light in the city at around 1 a.m. Wednesday when she heard someone yell a racial slur through her rolled-down window, according to a police department incident report

“She looked and saw four men, all white. She says one used a spray bottle to deploy a liquid on her face and neck, and then threw a flaming lighter at her, causing the liquid to ignite,” the report states.

But after an investigation by the FBI, which included examining every scrap of video available, no evidence ever emerged of a “hate crime” and, indeed, Bernstein was nowhere to be seen.

“After reviewing all available evidence, authorities could not establish that the attack, as alleged by the complainant, had occurred,” U.S. attorney Scott Blader said in a Friday statement. A statement from Madison’s chief of police stated that “detectives were unable to corroborate or locate evidence consistent with what was reported.”

In a statement released by police, Bernstein and her family said they “appreciate the detailed investigative efforts by all involved in this case.”

You’d think the media would have been taught a lesson after the first 50 hate crime hoaxes. Instead, they doubled down on this one, reporting every detail with that hysterical tone they get when they think

Boy would black people be disappointed by the Incredibly Tiny amount of time the average white person thinks about them.

This one was pretty obvious from day 1.

Make her pay back the taxpayers for all the investigating the authorities did.

What we need is a Federal hate hoax law that requires all hoax perpetrators to appear in public service announcements that detail the nature of the hoax, and for all news programs that retailed the hoax to put up a 30-second snippet walking it back, for each separate program selling the hoax to the public.

Systemic racism is so bad in this country 5hey cannot find a single crime, while the news shows blacks looting every night for the last 3 months.

Its almost like its all made up to justify feral behavior.

she was dreaming of meeting the Master, Jussie Smollett some day. She did it to impress him, like Hinckley w. Jodie Foster/

And go back on the talk shows she went on and the websites her story was on and admit she was LYING.

She is undoubtedly judgment proof.

It’s not bad enough that this sort of debris litters humanity so they feel the need to impose themselves on others.

Hide then die, honey, it’s the best you’ve got. You’ve been dealt a losing hand. You’re a burden.

I can see no coverage of this development - apart from a couple of minor local outlets - in the FakeNewsMSM!

note the hoax even attracted the faux “royal”:

Meghan Markle Speaks With Althea Bernstein, a Young Woman Who Was the Victim of an Alleged Hate Crime
Town & Country Mag - 29 June 2020

no “alleged” in this summary of Elle’s piece:

That is exactly why it is ALL made up. They need the balance, like the constant invocation of 400 years of slavery. And they also need the optics and the iconography-—did you notice that the rituals surrounding the commemorations of the death of George Floyd, were as if Martin Luther King had been assassinated TWICE?? Once in 1968, and again 52 years later. Our Great Leader laid to rest-—the shiny mahogany casket, brass fittings, white horse clop clopping by-—all stateliness and grace.By that time the rioting had already started....it continued for months after that, already having been sanctified by its MLK connection.

Cig lighters go out almost instantly when you take your finger off the tab on top. Doubt it would stay lit for a one or two foot toss.