Bokhari: Everything You Post Online Will Be Scanned by ‘Hate Speech Algorithms’
breitbart ^ | 9/5/20 | breitbart tech

Breitbart News technology reporter Allum Bokhari appeared on the Liz Callaway show on TALK 94.5 FM WTKN last week, to discuss revelations in his upcoming book, #DELETED: Big Tech’s Battle to Erase The Trump Movement and Steal The Election, which features interviews with insiders from Google, Facebook, and other companies.

A source close to Google and other tech giants has said that the book, which lifts the lid on Big Tech’s four-year plot to undermine the Trump movement and influence the election, will “shake the foundations of Silicon Valley.”

“The things I’ve heard from my sources inside Silicon Valley is quite terrifying,” said Bokhari.

“Increasingly, with these hate speech algorithms, everything you post on social media will be scanned by an AI algorithm, sometimes before you even post it, and that’ll determine whether it appears at the top of people’s feeds or gets buried.”

TOPICS: Culture/Society; Government; News/Current Events; Politics/Elections
KEYWORDS: cancelculture; hatespeech; owg; technology Navigation: use the links below to view more comments.
first 1-20, 21-40, 41-47 next last
Anybody that posts on FR will be in a death camp soon if Biden/Harris wins.
1 posted on 09/06/2020 6:30:58 AM PDT by Roman_War_Criminal
[ Post Reply | Private Reply | View Replies]
To: Roman_War_Criminal

As in communist China, anything posted online challenging official propaganda will be “hate speech.”

Say Trump wins. I can sure say we better have another Trump in the incubator because the other side will never stop.

Anybody voting for Trump report to a reeducation camp now.

Learn how to misspell key words...

From her speech at the RNC, Ivanka seems to be poised and being groomed to run in 2024.

Learn how to misspell key words.

Instead of learning how to kode may I suggestt we learn how to hack into the enemas algorhythms.

If you embed text in pictures i don’t think the scans work. 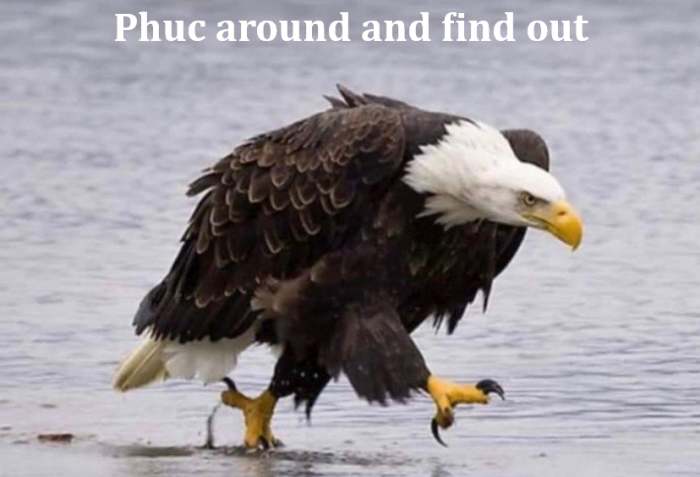 I HATE COMMUNISM, SOCIALISM, AND ALL THOSE THAT ARE FOR IT.

Could I have a cell close to the window? I want to be able to see Jesus when He comes.

I’m sure it already is.

So far these algorithms are being run by private companies and apparently the storing and collection of such data is largely legal. They of course can be sued and held accountable if the collection of such data violates any existing Federal law. If however a government entity were to run such algorithms or use such data, the officials who do so would be violating the free speech guarentees of the US constitution. They could and should be held accountable in court if not Congress.

Not a chance.
Plus Biden will lose.

They'll be outed by the resident grammar police here....LOL!

The Democrats are guaranteed of victory because they have chosen a young, vibrant, articulate, inspiring candidate—John F. Kennedy.

Not sure where Ivanka is on the issue.

Her speech was filled with “together my father and I did this”, “...or that”. I think that after President Trump wins, we’ll see her step up to higher responsibilities.

Remember, Trump had “no chance” with the GOPE Republican party at one time also.

Jared is a ball and chain for her though.

Silicon valley will watch everything I write on the internet.

And then what? What is silicon valley going to do?

Are the going to give me a low social score? OK. Then what? I am retired. I don’t have to worry about getting doxed at work. They won’t allow me to “use the train.” I don’t need to use a train, or bus, or airplane. They will delete my posts? Ok, I lived most of my life without “posting” to the internet.

Life will go on.

Everyone needs to do some reading about Mao’s Cultural Revolution. One of the main methods they used to “out” the enemies of the state was to use “posters.” The Red guard (made up of high school and college kids) would use huge pieces of paper with slogans, and accusations and post them all around a city, office building, or factory.

These public postings is how they would rouse the rabble against people or groups. They they would drag those people to public places for humiliation and “confession.” If you did not conform to the mob, you were brutalized.

None of these tactics are new. Public ridicule has been a tactic of the mobs since Ancient Times.

It always ends poorly for these people. Its never the revolution that gets you; it is the counter revolution.