WASHINGTON — Air Force veteran Brian Kolfage promised donors to his online crowdfunding campaign that their money would only go to construction of a wall on the U.S.-Mexico border. However, he cashed in on that trust by secretly taking more than $300,000 in donations to buy himself a luxury car, jewelry and pay down his debts, according to a Justice Department indictment unsealed Thursday.

Kolfage 38, of Miramar Beach, Fla., is a well-known Purple Heart recipient who survived a rocket attack in 2004 at Balad Air Base in Iraq that caused the amputation of his legs and right arm, according to his official website. His site also claims he is “the most severely wounded airman to survive any war.”

In December 2018, Kolfage started a GoFundMe campaign called “We the People Will Build the Wall” to raise money to donate to the federal government’s construction of the wall along the southwest border. He later founded a nonprofit organization called “We Build the Wall” to allow donors to transfer their GoFundMe donations for the new purpose of constructing a private border wall. The nonprofit has raised more than $25 million from those donors as well as new donors.

Kolfage was arrested Thursday for defrauding hundreds of thousands of donors by secretly getting paid with their contributions, the U.S. Attorney’s Office for the Southern District of New York announced in a statement.

On the We Build the Wall website, Kolfage states he is building a wall on the border because “I take the security of the American people very seriously.” The wall is to be constructed on private property to supplement Trump’s border wall plans, according to the site.

“It’s time we stand up and fight back against the globalist who continue to allow our nation to be overrun. I fought in war and lost three limbs defending this country, but now the war is at our doorstep,” the nonprofit’s website states on its donation page.

While some money was spent on wall construction, all four men took from the funds and spent it on themselves, according to the indictment. In order to encourage donations for the nonprofit, Bannon and Kolfage publicly stated Kolfage would not take any of the money for himself.

“Some of those donors wrote directly to Kolfage that they did not have a lot of money and were skeptical about online fundraising campaigns, but they were giving what they could because they trusted Kolfage would keep his word about how their donations would be spent,” the indictment states.

Instead of following through on their promises to donors regarding no compensation for Kolfage, the men “secretly schemed to pass hundreds of thousands of dollars to Kolfage, which he used to fund his lavish lifestyle,” acting U.S. Attorney Audrey Strauss said in the prepared statement.

The indictment states Kolfage, Bannon, and Badolato “reached a secret agreement” just days after establishing the We Build the Wall nonprofit so Kolfage could be “covertly” paid $100,000 upfront and then another $20,000 each month. 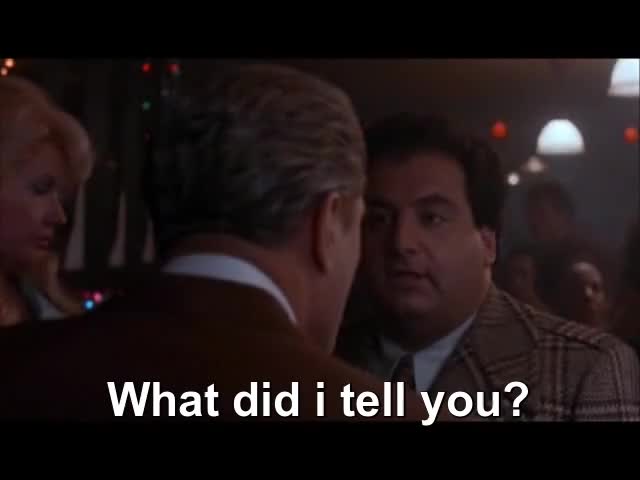 Bannon: What did I tell you? Don't buy anything! We have a million bulls at the DOJ watching us building a wall.
Kolfage: I'm sorry, Steve. The car was only under my mother's name.

i thought the Clinton foundation paid for Chelsea’s wedding.

Is Kolage’s “build the wall” entity a tax exempt charity?

I don’t see the problem if they report money they spent for themselves as income.

A big boat used in the Trump Boat Parade is the same as the car ;-)

I disagreed with doing this very small (tiny) section of wall, in a tricky area, by a private group which raised money by ads. It was only done to make me look bad, and perhsps it now doesn’t even work. Should have been built like rest of Wall, 500 plus miles. https://t.co/L8RUPCAhqc— Donald J. Trump (@realDonaldTrump) July 12, 2020

UPDATE: Experts to inspect a controversial privately built border wall following a federal court hearing this am. Govt attorney identified 4 areas of problematic erosion along the base of the fence and the banks of the Rio Grande. Fisher attorney promises fixes, but vague on plan https://t.co/76DTKG9hK4— Jeremy Schwartz (@JinATX) July 8, 2020

One buys a Cadillac and the other one buys a 20,000 dollar fur coat.

Hillary brings in hundreds of millions from foreign governments to spend however she pleases.

What a dummy. I donated to build the wall. It has actually built some sections of wall. Kolfage is a veteran with the loss of three limbs in the Iraq war. We would have supported him in a paid paid position if he had asked us. Now he may go to jail. Sad

You cant claim one thing to get money and then do another.

If they had said that in the beginning it would be another story.

For example, he was going to take X percentage as salary.

Supposedly the lawsuit has nothing to do with Trump being president. It’s just another witchhunt. Infuriating.

What part of telling everyone it ALL is going to build the wall and then spending hundreds of thousands on yourself do you not understand?

The guy lost both legs and an arm in the war and that’s just too horrifying to imagine.

But that doesn’t give you a license to commit crimes.

And yes all the Clintons should be in prison for life.

But he’s got the power of an ex president.

This guy..not so much and he should have known as much.

George Floyd’s gofundme is an example

Brother disclosed he will use money as he sees fit. He didnt say it will only be used for X.

that said, I maintain he will not be able to use the money as he sees fit under Minnesota probate law. He made it clear the money was going to the Estate of George Floyd.

This means the heirs of George Floyd benefit..not just any member of the family

It’s inexcusable. He deserves what he gets.

I think this is how they got Stockman

He took a salary for the charity he ran.

What did Hillary do with the money donated to the Clinton Foundation?

I dont know about that issue but the powerful have used charities and foundations for a long time to skirt Estate tax.

They pay themselves a salary, etc.

Gofundme charges fees. All of the money was never going to the wall. This is the fundraising equivalent of jaywalking. The real crime here is supporting POTUS. Are you guilty of that crime?

I did not think that Kolfage build the wall was in places that Trump was working on. Kolfage started it when Trump was not able to get anything going because of all the blocking By environmentalist, Democrats, landowners etc. I never knew that Trump was opposed to it.

That’s what I don’t get. The gofundme raised more than he imagined. Once he set up a new entity all he had to do is day this is much more involved than I ever expected to do and I will take a salary.