In her first speech since Joe Biden selected her as his running mate, Senator Kamala Harris told multiple lies. To wit:

“The president’s mismanagement of the pandemic has plunged us into the worst economic crisis since the Great Depression,” Harris said.

False. The pandemic and its associated lockdowns, not the president, are responsible for the economic contraction. Donald Trump is not the president of the euro zone, which suffered through an even more dire economic contraction in the second quarter: minus 40.3 percent, on an annualized basis, as against minus 32.9 percent in the US. The U.K. suffered a contraction of 59.8 percent, also on an annualized basis. Donald Trump is not the prime minister of the United Kingdom.

Wicked witch of the West.

It's our RINO Senators who were all in for it. He who shall not be named and his girlfried. Traitor Mitt. The list goes on and on. At least McConnell has gotten judges confirmed, and blocked Pelousy and the House Rats.

“What in the heck happened to our “free press”?”

Yes, the media is a huge part of the problem...it is controlled like the Soviet Pravda...

This was started in the 60’s by the CIA...Operation Mockingbird...and has accelerated to this day...

They took out Kennedy and his brother because they feared dissolution of the CIA...

When DJT says the “Fake media is the enemy of the people”, he is so spot on...

Would not be surprised if the DS has tried and will continue attempts on his life...?

I see you posted Kumboo's personal logo there (   \o/   ).   For some reason, that brings to mind this famous old business... 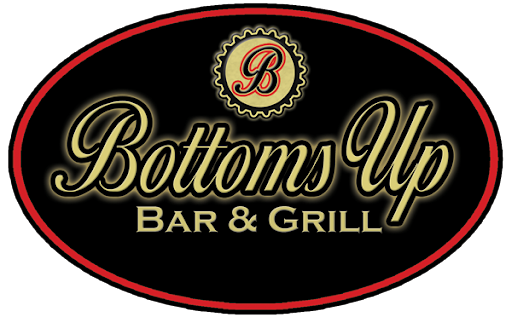 I’m baffled. Isn’t lying a prerequisite for any rat politician? Has to be number one on their resume.

Because no guy wants to tap crazy.

86 posted on 08/14/2020 7:34:29 AM PDT by GrandJediMasterYoda (As long as Hillary Clinton remains free equal justice under the law will never exist in the USA)
[ Post Reply | Private Reply | To 4 | View Replies]
To: MCEscherHammer
They took out Kennedy and his brother because they feared dissolution of the CIA...

LOL, so you worship at the alter of the immaculate Kennedy shrine. Sorry, snicker, snicker, yes of course, they were saints and could do no wrong.

Sometimes you are just as well off to leave details that you think are key examples for your argument out if you want to be taken seriously. And this is from someone who believes that Oswald had connections and assistance. But that the bullet that blew Kennedy's brains out came from the secret service agent who let his rifle drop when the car he was in, jerked to a stop to avoid hitting the Presidential Limo after Oswald made a successful hit that went through JFK's neck and probably would have killed him anyway. That is why his brain was "stolen". The fragments in his brain would have shown conclusively that the second shot was not from Oswald's rifle. We have a friend who was working at Bethesda Naval Hospital the day JFK's autopsie was performed. She said the place was so packed full of agents that no one could have swiped his brain without their help.

I agree that moral decline explains why present day people lie more than past generations.

But that doesn’t explain why Democrat narratives in particular are always the opposite of the truth. Clearly, it is because they are Leftists - so the real question is: what is it about Leftist (Progressive, Marxist) positions that cause them to oppose the truth?

My theory is that the Democrat Party is fundamentally the opposition party. The Progressives, Marxists, and other movements that make up what we call the Left are all those who are unhappy with the established “rules of the game”, namely the Constitution, the founding principles of liberty, free enterprise, limited government embodied therein.

Think of it as a large neighborhood party - a pig roast - a swimming pool - a rock cover band playing under a tent - a nice summer breeze. People are swimming, playing horseshoes, etc.. everything is going fine, everyone there seems to be getting along and having fun.

So the malcontents can’t simple tell the truth. So they start making shit up: The pool is dangerous and a waste of water. The pig roast is animal cruelty and not carbon friendly. The rock music infringes copyrights. The property is not zoned for a gathering of this size. There are not enough minorities and transgenders represented. Etc., etc..

Sorry for the long analogy — I guess I’m saying Leftists lie because they want to change things when there is nothing wrong - so they have to make up problems to justify the change.

If you do not believe that the US Government, CIA, FBI, Military Intelligence were not a part of the Kennedy assassination, then there are no arguments or details that will suffice...???

I do not worship at the Kennedy shrine, the boys and their father were dirty scumbags just like most politicos...

But, I’ve read a number of books and watched many videos about the 11/22/63 to realize one certainly...the US Government was involved...

I know most sides of the “FBI accident” postulate and that is just a detail that IMHO weakens the argument...as they say...

I’m postulating on the big picture and seeing a huge convergence of the position that DJT faces and the Kennedy situation...

This is little reported, but there have been over 20 attempted assassinations on DJT in the past 4 years...not all of these were heartbroken crazy Hillary supporters...

He has a target on his head because he is exposing the corrupt system in this country...

She said she had 2 kids

At her and Joe’s coming out party.

could have come with her husband doug.

Thanks, thought she was barren.

Hmmmm, seems to be an ongoing Democrat campaign taking point...

Probably killed them all.

I used to buy into the Kennedy Conspiracy thing too but realized it was bunk.

Such an undertaking would require numerous people keeping their traps shut and one on Earth, let alone Washington DC can do that for long.

96 posted on 08/15/2020 3:35:38 PM PDT by jmacusa (If we're all equal how is diversity our strength?)
[ Post Reply | Private Reply | To 90 | View Replies]
To: enumerated
The answer as to why Democrats lie be a condition called ‘’malignant narcissism’’. That and the fact that apparently Democrats seem to routinely engage in sexually promiscuousness and sexually deviant behavior.

Bill Clinton's rampant serial sexual predations and Joe Bidens penchant towards pedophilia are prime examples of this. Persons engaged in such behavior would be compelled to lie about their conduct to the point that lying becomes second nature. The Democrat Party, with it's long history of immorality, sexual deviancy , racism and assorted chicanery is a light house for social and moral deviants.

For a woman who lies on her back a lot lying with her lips is certainly second nature.