A Chicago-based charity has worked to free at least 20 defendants facing felony charges—including attempted terrorism and assault of a police officer—as an unprecedented crime wave rocks the city.

The Chicago Community Bond Fund, which opposes cash bail and pretrial incarceration, has posted bond for the alleged felons, putting them back on the streets before their trials. The charity, like other community bond funds across the country, is now flush with cash, raising $3.5 million from 75,000 contributors in late May and early June. Bond funds together have taken in $90 million in the weeks following George Floyd’s death alone, according to the New York Times.

Much of that financial support came courtesy of celebrity donors like Harry Styles, Seth Rogan, Abbi Jacobson, and Lizzo, who urged fans to contribute to local bail funds. John Legend and Chrissy Teigen similarly announced that they would make a large donation to a national fund called the Bail Project.

Bond receipts obtained by the Washington Free Beacon show that the Chicago fund has posted bond for defendants charged with violent crimes. Of the 24 people the group freed on May 31 and June 1 in Cook County alone, seven faced weapons charges.

Among the individuals freed by the group is 25-year-old Christian Frazee, who was charged with attempted terrorism and possession of an incendiary device. Prosecutors say Frazee was detained in the early morning hours of June 1 as he approached squad cars wielding a molotov cocktail and a lighter. He allegedly had a butane torch lighter and a bat in his backpack.

They are funding terrorism.

A state or city has strict gun laws??

Not planning on moving??

“laws” that violate the constitution are not laws to be obeyed. “Laws” that may cost you your life aren’t either.

The answer is NOT always RUNNING!!

Granted, not a whole lot of violent crime on staten island (unless you count mob hits and torture but those are discrete). But you never know.

Besides, no bail or real penalties exist in these areas anymore anyway

Excellent. Send them all to Hollywood.

This is nothing but remote control crime propagation. They are sponsoring crime against the innocent citizens forced to live among these criminals.

That, but also a dangerous army of animals they hope to turn on the American people.

The USA is under attack. And Republicans in Congress do nothing, as usual.

The ‘non-profit’ thing is a democrat white liberal elite scam. No one looks into it because it benefits democrats...

If it’s worth doing - or giving to - it doesn’t have to be a non-profit.

Never in my wildest imagination would I imagine “bond funds” would be created to let violent criminals accused of serious felonies out on bail to continue committing crimes. This is far beyond Bizarro World.

Don’t call ‘em “Burglars!” Burglars are sneaky!! These LOOTERS were unabashed bastard looters that have themselves believing they are claiming their reparations without cost to anyone because the business owners are paying a fortune from now on for theft insurance!!! They want us to thing they are peaceful demonstrators for civil rights... Phhhhht! 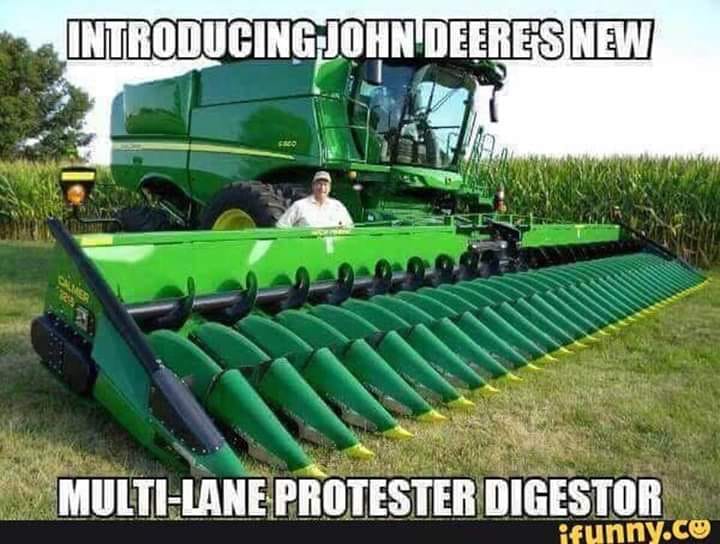 Look at the names. Communist celebrities funding this.

The continuation of the soros funded brigade. When do we nail his a## to the wall? when?

And John Legend and his whore.

I’ve heard the name “Harry Styles” and I think skanks drool over him but I have no idea who he is, a singer?

“John Legend and his whore.“

She looks more pig-like every time I see her.

These two’s 15 minutes really need to be up.