Two top Republican senators spearheading an investigation into the Biden family’s conflicts of interest while serving at the upper echelons of government blasted Democrats Tuesday for attempting to derail the Senate probe with fewer than 100 days until a presidential election.

Congressional Democrats, desperate to shut the three-year investigation down over fears that it might damage their presidential nominee’s chance to capture the White House this fall, have launched a disinformation campaign by accusing Senate Republicans of accepting help from the Russian government, a favorite tactic.

Earlier this month, Democrat leadership demanded an FBI briefing over claims of Russian intelligence guiding the investigation run by Republican Sens. Chuck Grassley of Iowa and Ron Johnson of Wisconsin. It’s a charge Republicans intimately familiar with the matter vehemently protest. Republicans involved with the probe told The Federalist all information in this case over the last three years has come from U.S. agencies, and current or former U.S. officials, with one exception: a records request from a former Ukrainian consultant named Andrii Telizhenko with Blue Star Strategies, a Biden-linked firm.

“It is becoming increasingly clear that your interest in understanding ‘the national security and counterintelligence implications of foreign election interference’ is one-sided and highly political,” the pair of Republican senators wrote in a letter addressed to Democratic Sens. Gary Peters of Michigan and Ron Wyden of Oregon.

‘
The claims are BS.

The Republicans control the Committee.

Thus is their excuse for not doing anything.

3 posted on 07/28/2020 7:47:02 PM PDT by AnthonySoprano
[ Post Reply | Private Reply | To 2 | View Replies]
To: bitt
***Congressional Democrats, desperate to shut the three-year investigation down over fears that it might damage their presidential nominee’s chance to capture the White House this fall, have launched a disinformation campaign by accusing Senate Republicans of accepting help from the Russian government, a favorite tactic***

When will our guys learn that the 'rats are as serious about gaining power as a coronavirus attack? Now a senator or two will be charged with tapping their feet in an airport men's room stall or some such. 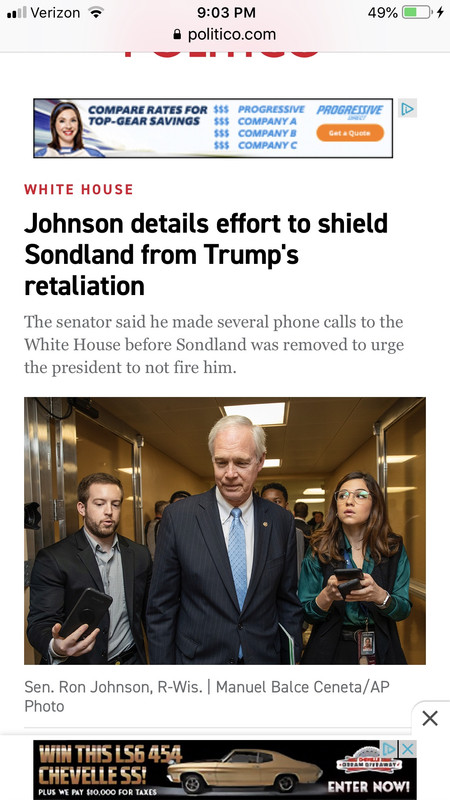 
Post Impeachment Johnson tried to save the Never Trumpers at the State Dept. 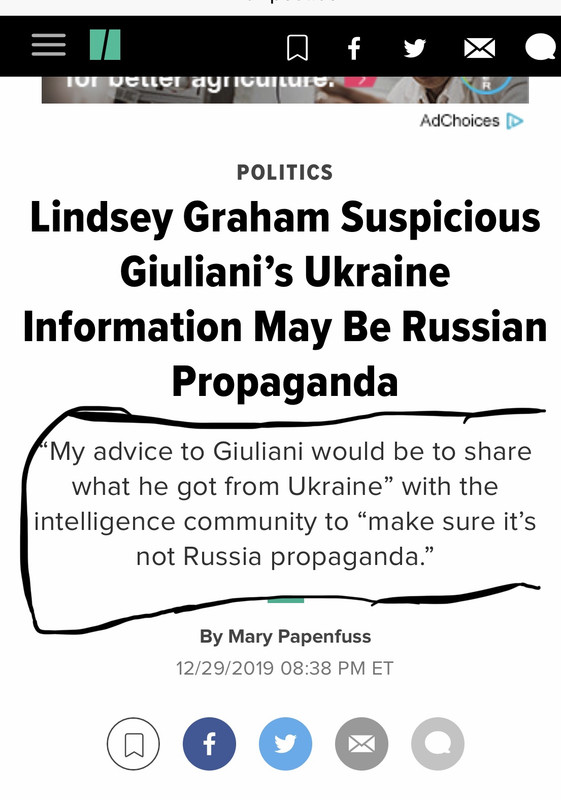 Looking who’s using that Tactic! Graham refused to look at it, he wanted deniability.

Some interesting details in here ...

We write in response to your July 16, 2020 letter, which "reiterate[s]" a request for a member briefing from the Federal Bureau of Investigation (FBI) and relevant members of the Intelligence Community (IC). As you are fully aware, the FBI advised all of us during a March 2020 staff briefing that there was nothing to preclude the continuation of our investigation. Nevertheless, HSGAC Majority and Minority requested a member briefing from these agencies months ago. Those agencies made clear to our staff that they did not have any additional information to provide and that the relevant written products members have had access to for months speak for themselves. Democratic minority staff nonetheless insisted on a member briefing to answer a list of additional questions, but to our knowledge they have not followed-up on that request since mid-May. Your letter glosses over all of these facts.

We also find it interesting that your letter to us was soon followed by a letter from Senate Minority Leader Schumer and Speaker of the House Pelosi, asking the FBI for a briefing on the same matters. Although we were not provided a copy of that letter and its classified attachment, news reports regarding the alleged classified portion suggest that it continues to falsely accuse us of having received information from foreign nationals about former Vice President Joe Biden, including audio tapes. Not only is that an apparent classified leak, but that allegation is false and you know it because we told you it was false right after those reports were published. Yet, as with your repeated public requests for a member briefing that seem designed to suggest that we are somehow denying members access to briefings and relevant intelligence, Democrats and Mr. Biden's campaign prefer to knowingly repeat false information so the liberal media will keep reporting on it. Continuing to repeat false information, including apparently classified information, will not make the allegations true. In fact, it is the very definition of a disinformation campaign--the same conduct you are falsely accusing us of participating in.

It is becoming increasingly clear that your interest in understanding "the national security and counterintelligence implications of foreign election interference" is one-sided and highly political. Indeed, during the Senate Judiciary Committee's investigation into Russian interference in the 2016 election and its focus on the June 2016 Trump Tower meeting, Democrats never once asked for briefings before interviewing Russian nationals, some of whom were allegedly linked to Russian Intelligence Services. In contrast to that investigation, our investigation is focused on records from the State Department, National Archives, Department of Justice, other federal agencies, and the U.S. consulting firm Blue Star Strategies, as well as speaking with current and former U.S. government officials. How, exactly, could this be foreign or Russian disinformation? If it is, that means that the Obama administration peddled it regularly.

You seem to suggest that the cause of your concern is Andrii Telizhenko. But as you know, in March 2020 HSGAC sought to subpoena Mr. Telizhnenko only for records from his year-long employment with Blue Star Strategies (Blue Star), a Democrat consulting firm that lobbied the U.S. government on behalf of a Ukrainian energy firm and had contacts at the highest levels of President Obama's administration.^[1] The hypocrisy shown by remaining steadfastly incurious about the work Mr. Telizhenko performed at Blue Star and the relationships he had with Obama administration officials is only second to the irony of your repeated public release of disinformation while accusing us of engaging in disinformation.

And to correct another mischaracterization, HSGAC cancelled that vote because of member reaction to grossly inaccurate Democratic staff notes of an FBI briefing which were mistakenly assumed to be a verbatim transcript. These notes were handed out hastily at the beginning of a HSGAC member meeting--without advance notice or an opportunity for our staff to review them--and were later found to include material inaccuracies. It should also be noted that during that same meeting, a bipartisan consensus developed that instead of issuing a subpoena to Mr. Telizhenko, the Committee should subpoena the records directly from Blue Star--a suggestion that all Democrats on the Committee later abandoned.

We hope that you will join us in rejecting any and all efforts by foreign entities to interfere in our elections, and refrain from using this issue as a political weapon to target investigations--investigations grounded in fact and that fall squarely within the Committees' jurisdiction to safeguard our homeland security and financial systems^[3]--with which you happen to disagree.

Finally, we want to reiterate that we have taken every precaution to protect the integrity of our investigation and keep your staffs involved in our work. Yet at every turn, we have seen leaks of sensitive information and attempts to smear and undermine our investigation--and us, personally--in the press. These attempts to discredit our investigation only serve to increase our curiosity: what are the Democrats and many in the media so afraid of us finding?