At the outset, I have to say that I’ve never been the biggest sports fan on the planet. So it isn’t a big sacrifice for me to say I’m not going to watch professional sports this year, or maybe ever again. I never actively shunned pro sports, and as a kid I wouldn’t have missed a Tigers or Lions game for just about anything in the world, I just found other things to do as I got older. But I’d wander back for interesting games or championships – there are few things a person isn’t directly involved with that are as exciting as a contest between great athletes when the stakes are high. But with the embrace of radicals like Black Lives Matter by all the leagues, I’m going to make a point of not watching any of it.

I won’t miss basketball at all. The game is boring. I know it’s “fast-paced,” but it’s really not. It takes forever and all that matters is the last two minutes. Each team seems to get 50 timeouts, which sometimes allows them to take the ball out at half-court rather than under the basket. I never cared enough to find out why.

It’s also just not exciting. The first time you saw a buzzer-beating shot to win a game may have been exciting, but haven’t you seen it a thousand times by now? And how many times can anyone get worked up over a 7-foot-tall guy with long arms jumping a foot to slam a ball through a hoop? It seems like everything spectacular that could be done already has been. It’s up and down the court like a really boring tennis match.

That the league has decided to overtake the NFL as the most-woke league in the world only made my resolve harder. That they’re going to paint “Black Lives Matter” and have messages on the backs of their jersey, and undoubtedly protest during the national anthem, killed what little interest I had in even knowing who won the championship.

As for the NFL, again, I don’t care. I didn’t grow up with a professional football team, I grew up with the Detroit Lions. Watching perpetual basement dwellers dwell in the basement is about as exciting as it sounds. The Lions have won one playoff game in the Super Bowl era (in 1991) and only make the playoffs via fluke.

Professional football for me is a distraction on the TV on Sundays – I don’t really look at the action unless it sounds like something exciting is happening. When the kneeling during the anthem started, I stopped even doing that. Now that they’ve gone all-in for Black Lives Matter, I’ll find something else to play in the background.

Baseball is back already (though games are being canceled due to COVID-19 outbreaks), and aside from videos on Twitter, I haven’t bothered to care. A 60-game season does mean anyone can win the World Series this year, but whoever does win will be there prostrating themselves on the altar of a bunch of left-wing radicals. I love baseball, but I love my country more.

It’s not that baseball players are kneeling during the anthem, it’s that the league has caved to the mob and brought politics onto the field. All these leagues have.

Sports served as a distraction from whatever else was happening in the world and our lives, now it’s the manifestation of the Democratic Party’s demands of conformity. I’m not interested in conformity. A bunch of different colored like-minded drones chanting anti-American slogans is not my idea of diversity.

If I want to be preached to, I’ll call a priest, not millionaires who play a game for a living. If I want to learn something, I’ll read a book, not seek out the “feelings” of someone in a profession known for having proxies take their classes for them. And if I want a distraction from the stress of daily life, I’ll practice self-dentistry before I give these pampered, privileged narcissists a second of my time.

Personally, if their whole seasons collapsed and had to be canceled because they snuck an infected super-spreader into their bubble, I’d be just fine with that.

Sports could have been bigger than ever, more important than ever, and could have helped bring the country together during the pandemic by being the distraction people need from everything we’ve lost. Instead, like everything else, liberal politics was rammed into it to the point that it’s just another appendage of the Democratic Party. You couldn’t pay me to be a Democrat, I sure as hell am not about to fund any of their fellow travelers. Until they get the politics out of sports, I’m getting the sports out of my

2 posted on 07/28/2020 4:18:41 AM PDT by RedMonqey
[ Post Reply | Private Reply | To 1 | View Replies]
To: Kaslin
I haven't cared about professional sports since I got back from my war: nothing particularly challenging about watching other people playing a game.

Now that we have to genuflect before "activists" to watch them play, it's even more ridiculous.

I think a lot of institutions have lost sight of the true nature of the relationship of the consumer/producer relationship. They assume that we are desperate for their product and they can dictate the terms.

Professional sports is a pure luxury good that competes with a lot of other possible uses of our time and money. I’ve discovered I like spending my time outdoors, walking my dog, kayaking, talking with my neighbors, working on my lawn. As someone who tell you the starting lineup and the pitching rotation of almost every Cubs team of the 1970’s, I have no desire to even turn on a baseball game.

Many of our other institutions are going to experience the same phenomeman. Schools and universities assume that students will be there and gratefully accept whatever ‘education’ that teachers deign to give them. I think they will be shocked this fall as parents find alternatives for their children when schools and teachers refuse to do their job.

Personally, I have progressed as follows:

Check that. I have become a huge fan of watching professional disc golf. Don’t laugh. Or @me.

I never had the slightest interest in professional sports of any type. I loved playing some sports, but had no interest in watching them. However, I was happy that they prospered as they were an engine generating jobs. More importantly, perhaps, was they provided a sort of social glue bringing people together. In a way, they filled a small portion of the vacuum left by the state’s war on religion. Like other ventures, for every dollar they generated that dollar was multiplied in the larger economic sphere by as much as eight. But it was the tailgate parties and sports bar venues that benefited society the most; bringing people together in celebration of something larger than themselves.

Social Justice Warriors have spoiled the entire venture, as they spoil everything they touch, from movies to education, to social media. I think the death of professional sports will be a benefit to American culture. From the ashes of its funeral pyre, something good may arise. We are being shown the way by an unlikely source, Red Bull, which recently fired its diversity staff. Let us hope that Red Bull is the first trickle in a flood of firings.

Eventually, we will need to undo the damage done to the nation’s education system. This should start by getting government money out of education. Covid 19 may be the start of people taking back education.

Getting rid of an entrenched cancer like SJW and political correctness won’t be easy as it generates lots of money. But, the more woke people get, the less money they generate. So, goodbye professional sports. We had a good run, but now it’s time to move on to something else.

I’d rather watch Little League than MLB. Pro sports are killing their golden goose. Fools and their money are soon parted.

If it wasn’t for the slo-mo replays with the bombastic music (and the post-play histrionics), sports highlights are pretty repetitive. The endless hours of sports reporting has devolved into schtick and trash talk. (with exceptions for local radio and a handful of sports talk shows)

The TV folks have fallen in love with themselves & their productions.

The whole sports experience of the crowd, the beer, the companionship has been drained dry - now it’s a video game.

I have a ton of things I rather do than watch a bunch of overpaid drug addled, power hungry, America hating _lacks on TV 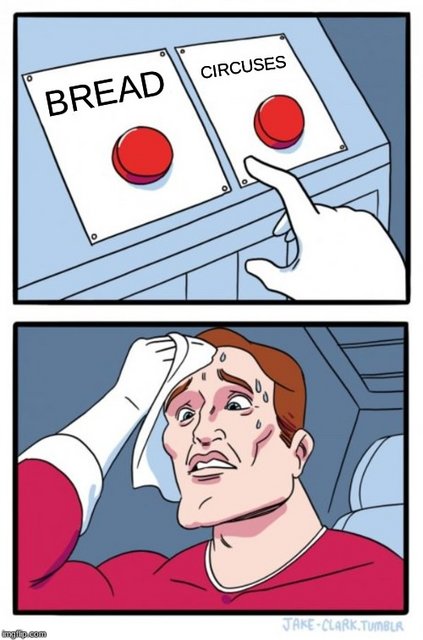 I have officially purged Big Corporate zsports from my life. Feels great.

One more nail in the coffin for the irrational “worship” of celebrities and athletes.

They are entertainers. Most are not very intelligent either. Poor role models for anyone.

I would much rather watch my kids little league....not even close.

Sports are a powerful way to teach children how to be everything they can be. Adults playing games for pay, however, is just sad. I have, honestly, lost all taste for the violent spectacles. huge wastes at multiple levels. Too bad for all the industries that have developed dependencies and even flourished, but that is what happens when one backs the wrong horse.

The only sports I can watch is professional pool. I have never cared for any kind of ball game and sure as hell wouldnt watch one now with the athletes acting like they do.

Pro sports has become just another arm of the left.

Sports betting is a billion dollar business. I watched a guy in his 20s win a million bucks on a golf game with several bets on Collin M.

The Red Sox pitcher is having heart issues related to covid

A poster here has a brother who thinks he had covid and it has destroyed his ability to compete in Tennis.

Kbo baseball has been playing just fine..but its going to be another story in the US

Marlins team has a huge outbreak. That caused yankees to cancel phillies game because marlins had just played philly. mLB left it an option to play with covid outbreak...and marlins chose to play

They can go ahead and rant and rave...but the game they get paid to play is going to change drastically this year in all sports

Can you imagine what the archaeologists of the future will make of the LA Rams/NFL HQ FOUR BILLION DOLLAR stadium in Inglewood?

I wonder if it will ever host a game?