With a rousing Independence Day speech at Mount Rushmore, President Trump certainly laid down the principles on which he will now go to the hustings. His choice of a setting put him before the famed monument to four presidents — each of which is a target of the movement that has been seeking to besmirch or destroy statues of our national leaders. Mr. Trump left no doubt in respect of which side he is on. Snip . . .

TOPICS: Constitution/Conservatism; Culture/Society; Politics/Elections
KEYWORDS: jefferson; lincoln; mountrushmore; presidenttrump; teddyroosevelt; washington
A good summation of the Presidents comments and correctly, in my opinion, frames the ground being staked out for the November election. Enjoy
1 posted on 07/05/2020 1:17:22 AM PDT by lowbuck
[ Post Reply | Private Reply | View Replies]
To: lowbuck
A great speech and great platform.

San Fran Nan and Chuckie have made a stand for the rioters. Let them fight the election on that platform. And Basement Joe? Hello? Is anyone home?

2 posted on 07/05/2020 1:25:08 AM PDT by colorado tanker
[ Post Reply | Private Reply | To 1 | View Replies]
To: lowbuck
What they are saying is really not hard to figure out. Do we want to elect into office the party of the democrats who will give us more of this “CHANGE” that is destabilizing our society, or do we want a man who says “enough is enough”?

The choice is sooo clear!

As always the question is asked: which side are you on boys?

After all this time, Democrats are still upset we freed their slaves.

These destructive people need to be stopped. It is NOT lawful protest. And the Dems promote it. Blacks will gain nothing. They have to learn to stand on their own two feet.

President Trump was at his best. He nailed it, hit it out of the park.America is with him.

You can tell the speech hit home effectively because of all of the subsequent MSM fake news spin.

AMERICA IS BEHIND THE PRESIDENT! 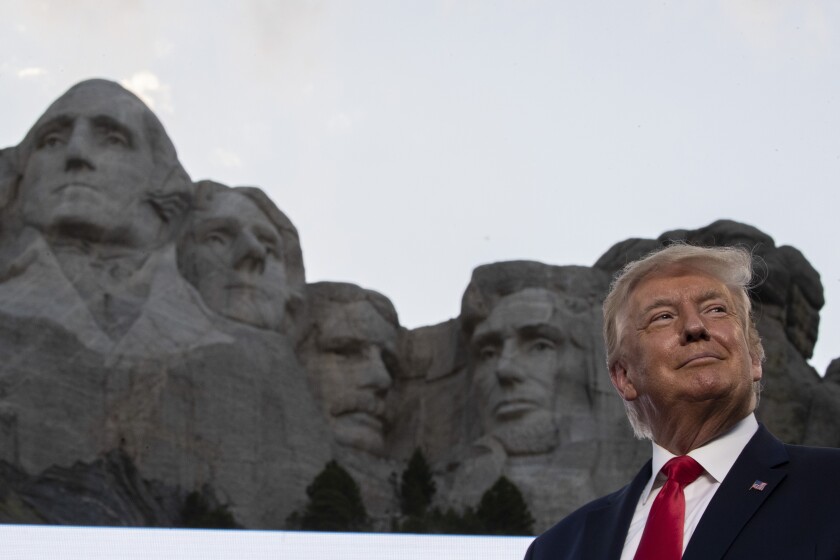 Bravo Trump. Arcibravo. I think the MSM is genuinely shocked that he would come out and tell it like it is, no holds barred (even though they know Trump) - because they are so used to the blind obeisance of politicians, corporations, academics, news pundits, etc. to the latest lefty fad.