Following up on companies like Sony, Funimation, and NetherRealm Studios showing their true colors, various other corporations have stepped out of the shadows to openly make it known that they are traitors of peace, and betrayers of the American people. You can find the full list for the Traitors of America here.

One of the original instigators of race baiting and sowing the seeds of corporate treason in America, Nike, was also one of the first to start the corporate bandwagon to pit America against itself when they tweeted out the following on May 29th, 2020.

On May 30th, 2020 companies like Hulu showed their open support for degenerate behavior by supporting a movement that’s currently ripping America apart.

We support Black lives. Today, and every day. You are seen. You are heard. And we are with you.

While Hulu wasn’t as blatant about their anti-white stance as some others, Warner Bros. Entertainment held nothing back, and openly used the hashtag and showed their support for the riot-enabling race-baiters known as #BlackLivesMatter.

We stand with our Black colleagues, talent, storytellers and fans – and all affected by senseless violence. Your voices matter, your messages matter. #BlackLivesMatter

Other corporations jumping onto the “Traitors of America” social media trailer included Spotify, who issued a message on the morning of May 30th, 2020.

As reported by Bounding Into Comics, even the NFL showed their true colors and they weren’t red, white, or blue.

Propagandists like the CW Network joined in, too. Promoting the instigators of riots, vandalism, and criminal behavior egged on by #BlackLivesMatter.

Also, to no one’s surprise, Netflix – another anti-American company – was front and center to show their support for the groups tearing out the heart of American civility. It’s expected given that Netflix openly supports the gay agenda and promoting degeneracy to young kids.

To be silent is to be complicit.
Black lives matter.

We have a platform, and we have a duty to our Black members, employees, creators and talent to speak up.

And right behind them is the always divisive and anti-straight white male corporation, Disney. Both their main account and the official Star Wars account showed their true colors as traitors of the nation’s principles.

Amazon also joined in, but thankfully there were those in the thread to make it known that their support for the riot-instigating organization was misplaced, and that the entire cause of the riots was based upon a misrepresented lie.

Unsurprisingly, EA Sports jumped in to virtue signal as well, but even some of the people supporting the riots and criminals were calling out Electronic Arts for the poor timing of the tweet, and a few even called for them to delay the game.

Crunchyroll also made their stance known, posting a tweet in the same vein and almost identical template to other corporations, aligning with #BlackLivesMatter, which is responsible for the riots, vandalism, criminal acts and the murders that have spawned from those riots. But this should come as no surprise since Crunchyroll used the money of their subscribers to promote degenerate media like High Guardian Space, as well as censored the mobile release of DanMachi Memoria Freese.

Bethesda, who has fallen way off the bandwagon of quality in recent times, was also showing their support for the anti-American movements steeped in criminal behavior.

Bethesda also screwed over their fans who pre-ordered Fallout 76, as well as setup the game with faulty code that hackers exploited to ruin the already broken experience for paying customers.

As if it needs to be said, Naughty Dog’s Neil Druckmann also virtue signaled on May 31st, 2020. He also shared a tweet showing that Sony is donating money to racist organizations like the ACLU.

Absolutely no one should have to live in fear from the people that are supposed to protect them. #BlackLivesMatter https://t.co/g2SvEUtop2

There was also Gematsu, a company that used to be respected for being apolitical, but decided to show their support for a movement of Leftist terrorists running rampant throughout most of America, destroying property, killing people, and assaulting innocent shop owners.

We support #BlackLivesMatter because we support humanity. We’re all one people—black + brown people should not have to look out for themselves any more than white. Racism + discrimination suck. Police officers that murder or attack innocent civilians should be held accountable.

The thread was posted on May 31st, 2020 across several tweets, which read…

“The violence, looting, and destruction are wrong, but the message is sound and clear. People are angry. Black people should not have to ask for fair treatment. Yet here we are once again.

“You don’t have to be out on the street to lend your voice. Sign a petition, speak up on social media, donate, learn, educate, + support the black people who simply want to live w/out fear of getting killed for doing the same thing a white person can do w/out second thought. […]

“Also, if you’re going to go out and protest, remember we’re still in a pandemic. Wear a mask, keep your distance, and fight the power (peacefully!).

Let’s not let our black + brown fellow people be killed for nothing. #BlackLivesMatter

These are the Traitors of America.

Until their businesses are looted and burned.

Don’t they realize that they are just useful idiots? 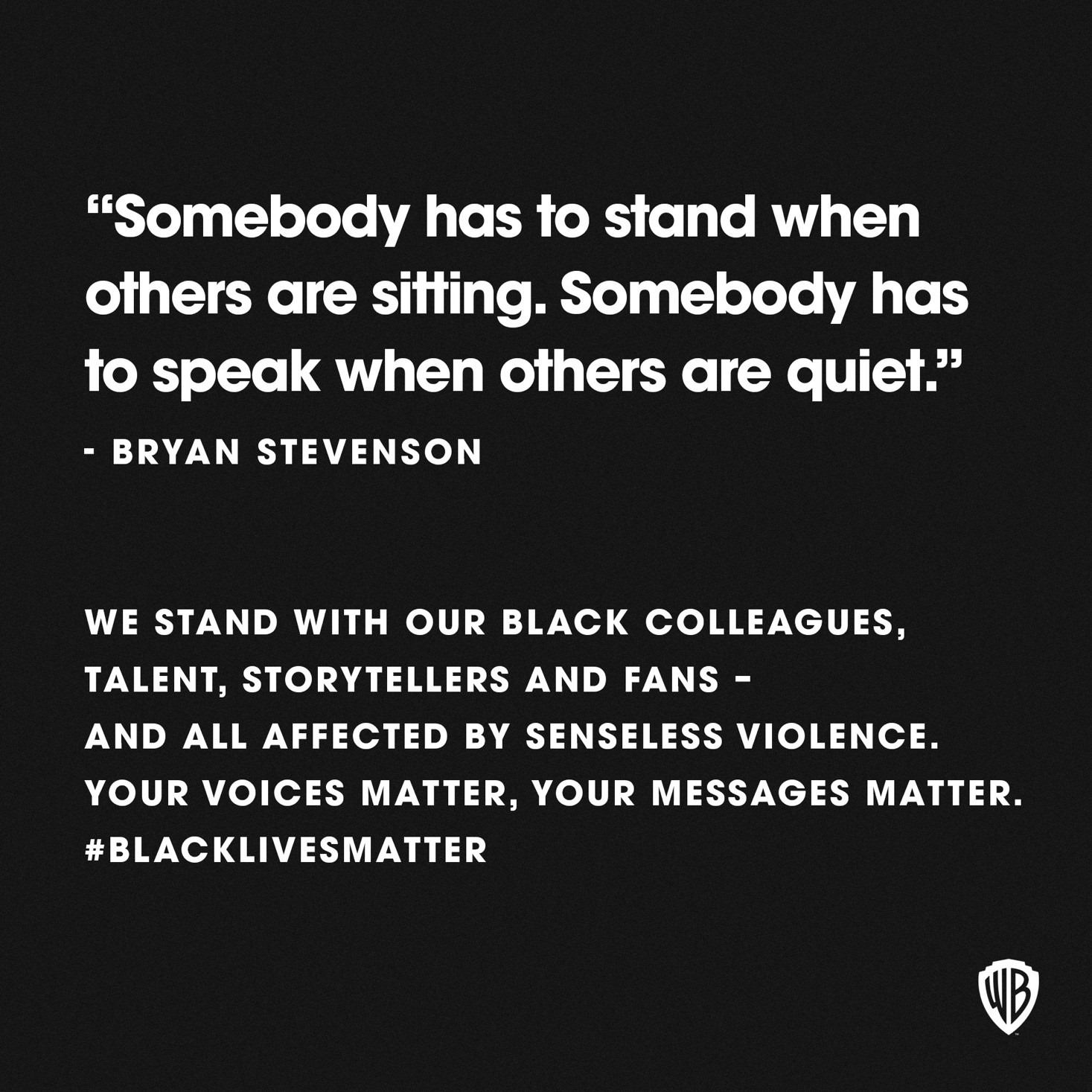 I wonder what Kubrick or Burgess would make of this

Virtue signaling in front of crocodiles.

They are making a business calculation that conformity to the narrative will mean the crocodile eats them last.

WARNING... Went to the site and after a minute of waiting for the 30+ add trackers to complete, I was finally able to read a few snippets. Not worth going to that site gain.

That does not surprise me at all.

You know, a cynic might notice that no company benefits more from the destruction of the brick-and-mortar retail sector than Amazon.

Seems to me the Soro crowd has created an image, and now are using the image they created to subvert the truth.

THEY HATE YOU so stop giving them your Money

Of course Amazon supports the looters. They won’t be looting Amazon warehouses.

There is nothing we can do...we have to have our overpriced video entertainment!

Wonder what Disneyworld would look like after rioters got in.

Imagine if Big Corporation had one billion shares outstanding and did 5% of its sales in the state.

These shares could be placed in the state pension fund to minimize the need for cuts to say K-12 schooling.

S Corporations would be exempt from the tax.

Some thugs will see an Amazon vehicle and drive off with it when the driver is leaving off a package.

I saw a pilfered FedEx truck by the highway a few years ago.