Joe Biden Hires Aide Who Said Being ‘Accused’ of Sexual Harassment Was Disqualifying
Breitbart ^ | May 21 2020 | JOEL B. POLLAK

Former Vice President Joe Biden hired a “senior adviser” on Wednesday who said in 2017 that no one who has been “accused of sexual harassment or assault” should run for public office.

Karine Jean-Pierre, who was then the chief public affairs officer for left-wing MoveOn.org, told CNN’s Jake Tapper on State of the Union that even if nothing had been proved against a candidate, the mere accusation of sexual impropriety should be disqualifying.

Tapper asked Jean-Pierre to respond to a case in which a female Democratic candidate for Congress in Kansas named Andrea Ramsey dropped out of the race because of past accusations that she had sexually harassed a male subordinate.

Everybody has a price

Yeah but only those accusing Republicans should be disqualified, the ones accusing Dems, eh, cant believe em, total liars

yet one more indication that senile Joe Biden has been totally hijacked by the hard-core left ... 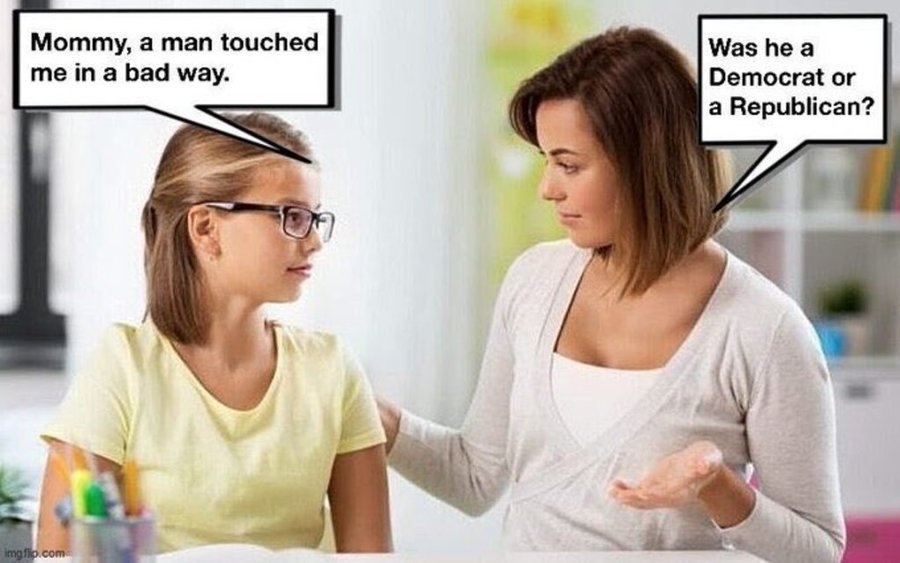 Do we really expect someone who was part of MoveOn to have some kind of moral code? LOL

Can you smell the reeking stench of hypocrisy oozing from the Left.....how mofos can continually vote for Dems or even be acknowledged as a Dem is beyond mind-numbing.

And the race is now on to accuse everyone with an IQ greater than 50 of sexual harrassment or assault.