Tara Reade, a former Senate staffer for Joe Biden, claimed in an interview last month that the former vice president had put his hand up her skirt and digitally penetrated her in 1993.

Since the March 25 interview, new evidence has emerged that seems to corroborate Reade’s story: her mother called into Larry King’s radio show about the incident in 1993, and her brother, a friend, and a neighbor all recall being told the story by Reade. Nonetheless, despite making multiple media appearances in the month since the allegation, Biden has not addressed Reade’s claim directly, though his spokespeople have denied it on his behalf. The former VP is nonetheless holding a ‘Virtual Women’s Town Hall’ on Tuesday.

Biden, who is the presumptive Democratic nominee, has also enjoyed numerous high-profile endorsements since Reade came forward, including House Speaker Nancy Pelosi and former President Barack Obama. The Spectator has compiled a list of 35 endorsers alongside their previous positions on sexual assault, supporting alleged victims, #BelieveWomen, and #MeToo.

With all the photos and videos of Biden playing himself, a leg humping butt smelling horndog. You’d think these accusations would be believable by all. He doesn’t have dementia, he’s playing us for when it is time for prosecution he can claim he is unfit for trial or whatever punishment he and Hunter deserve.

Virtual Women’s Town Hall? Town Hall???? This was no town hall!!! It was a Joe and Hillary sh!t show. Pathetic!

I say keep him up there! Let the public listen to his drivel as much as possible especially with that crooked losing b!tch who got her ass handed to her in 2016 by a man with no political experience who has turned into one of the best POTUS ever!! EVER!!

What are Kavanaugh supporters saying about Biden? 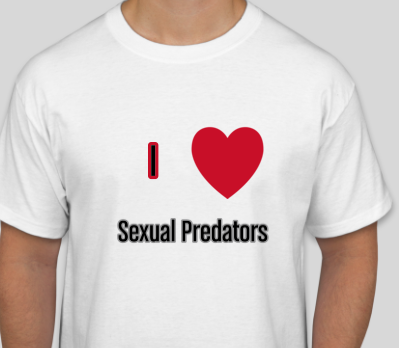