Foreign powers test US defenses amid coronavirus pandemic BY ELLEN MITCHELL - 04/19/20 08:00 AM EDT

U.S. adversaries are probing America's defenses as the world is preoccupied with the fight against the coronavirus pandemic.

In the past two weeks, Russia, China, Iran and North Korea have all moved to test Washington in the sea, in the air and on land as U.S. forces have become more restricted in movement amid concerns over the spread of COVID-19.

“Exactly how distracted is the U.S. military? They want to know,” said Susanna Blume, the director of the defense program at the Center for a New American Security, referring to foreign countries.

On Tuesday, North Korea launched ground cruise missiles and air-to-surface missiles from fighter jets into the sea, the first time in three years Pyongyang had launched such projectiles. That followed a slew of short-range ballistic missile tests in March as the hermit nation took part in large-scale live-fire military training.

Then on Wednesday — exactly a week after Air Force jets intercepted two Russian patrol aircraft near Alaska — a Russian fighter jet came within 25 feet of a Navy reconnaissance aircraft while inverted, putting the U.S. "pilots and crew at risk," the Navy said in a statement about the incident.

China, meanwhile, has been showing its force in the Pacific region, sinking a Vietnamese fishing boat in the South China Sea on April 2 and sending its aircraft carrier near Japan's and Taiwan's territorial waters.

“The Irans and the Chinas of the world are always looking for opportunities, and I think that they possibly see the potential for an opportunity right now given some of the public challenges that the military has had in adjusting its guidance to cope with the pandemic,” said Blume, a former Pentagon staffer. “That’s not going to be lost on them, certainly.”

Flexing their might is not new for these rival countries, but the difference now is that the U.S. military and the nation at large seems to be preoccupied in a way it hasn’t been before as it deals with the pandemic, said Jon Alterman, a global security expert at the Center for Strategic and International Studies.

The U.S. military is grappling with training, readiness and force posturing as countries around the world face an exploding number of coronavirus cases. Nearly 3,000 service members were infected from the virus as of Friday.

To combat the spreading illness, the Pentagon has restricted troop movement and on Saturday extended a domestic and overseas travel ban for service members until June 30 — more than a month past the original end date of May 11.

“Where countries would look to the United States to lead an international response to these kinds of things, there is a lot more disarray in the U.S. government,” Alterman said.

“It feels to me that the real difference is not in what our adversaries are doing; it’s in our difficulty mustering an orchestrated response,” he added.

Late last month, the USS Theodore Roosevelt became the most high-profile case of a sidelined military asset — and confusion over the best way to protect service members — after it docked in Guam and removed more than 4,000 of the 4,800-person crew following the rapid spread of the coronavirus on board.

The commander of the ship, Capt. Brett Crozier, wrote a letter to Navy leaders warning that sailors would die if he did not get permission to evacuate most of the crew. The letter ultimately led to his firing after then-acting Navy Secretary Thomas Modly accused Crozier of releasing the letter knowing it would get leaked to the media.

Modly resigned amid the controversy.

The Defense Department, for its part, has insisted that its national security missions are continuing around the globe, despite the pandemic.

Defense Secretary Mark Esper, who spoke alongside Milley, acknowledged that the military will have difficulty implementing across-the-board social distancing measures and mandates that include keeping at least six feet from other people and wearing masks.

“Implementation is always a challenge, particularly in an organization that's 2.2 million people strong, that's in 140 countries around the world, that has a variety of different missions. ... How do you get six-feet distancing on a sub or even a carrier for that matter?” Esper said.

He later added, “There's no doubt in my mind that you all could go to any camp, fort, base, you name it, and find somebody not following the guidance.”

Blume said that in such challenging times, it’s difficult for defense leaders to make judgements between keeping the force healthy — in and of itself a readiness issue — and executing the department’s mission. The sheer size and location of the military, however, helps deter aggressors.

“I think that we need to focus on the fact that the U.S. military is large. It is very geographically dispersed. There are a lot of factors working in our favor in what is admittedly a very difficult and challenging set of circumstances,” Blume added.

Russia, China, Iran and North Korea et.al., will find out that our President can walk and chew gum at the same time

MUCH to their dismay, if necessary

The smart ones believe him.

The dumb ones will soon be dead.

No. Wrong. Much of this is DIRECTLY related to the Pussy CO of the aircraft carrier Teddy Roosevelt. The Obama Era Loser promoted to his Peter Principle level.
That POS is the very reason we are being tested. Our enemies are realizing that this is the sort promoted to lead our frontline forces.
And, the fact that the men and women manning that aircraft carrier actually cheered for that pussy has sent a clear message to our enemies. This is the Snowflake generation.
Remember, just a few years ago, when the Iranians captured a US Navy vessel and the Pussy’s they captured actually CRIED?
They CRIED!!!
This was used as PR against us to demonstrate our weakness.
I spent 30 years in service to my country. I am retired military. When I saw that I was filled with shame and ANGER! People such as that have no business in our military! None. Period! God help me. I’m getting pissed off all over again just thinking about that!

Well said. Saved me the keystrokes.

A serious conflict with China or Iran may begin in ways that makes the opening weeks of the Korean War seem a mild embarrassment.

He is not in the mood for any nonsense; all of this virus nonsense has put him in a vile temper — and foreigners trying to play cutesy games are not helping matters.

BTW, THANKS for your service...you lasted 26 years longer than I 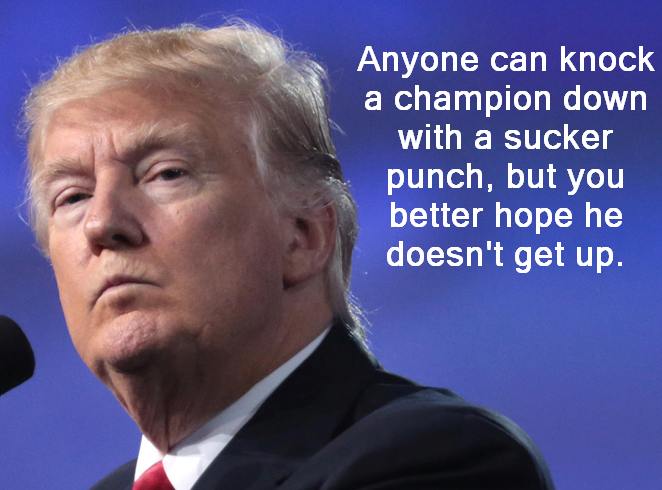 Just blow these jerks out of the water and send them to Davy Jones Locker.

11 posted on 04/19/2020 11:40:50 PM PDT by HighSierra5
[ Post Reply | Private Reply | To 1 | View Replies]
To: ocrp1982
I asked a question here a few days ago. I never served in the military. So I asked the opinion of those who did or who currently are. I asked if the Chi Coms did this as a way of testing how we would react. One retired USAF said it could likely have been what the person said was a ‘’probing attack’’. Not exactly a definite answer but an outside possibility. Who knows with these Chinese Commie bastards. They lie about everything.
12 posted on 04/20/2020 12:05:07 AM PDT by jmacusa (If we're all equal how is diversity our strength?)
[ Post Reply | Private Reply | To 4 | View Replies]
To: jmacusa

I’ve been wondering the same thing. I’m not in the military, but I ran across this article in American thinker that you might find interesting. Posting the introduction and conclusion—click the link to read the reasons for the conclusion:

I believe that China’s actions today may be telegraphing an intent we are choosing to ignore. They show all the signs of a nation preparing to attack America. China seeks a bespoke world run by China with “Chinese characteristics” — a dream that under Trump was drifting away. ...snip...

China is on the clock. Today, it is formidable, with a sophisticated and capable military. The Chinese may be able to win a confrontation, even a war, with the United States. Under Obama’s policy of surrender, China had a chance of overtaking us economically while growing its military until its primacy was a fait accompli. But Trump killed that dream with his trade war, exposing the inherent weaknesses of the Chinese economy. And should the aftermath of the pandemic play out without interference, China’s position in the world will be irreparably damaged.
What does China have to lose?

Time is not on China’s side. Unless the Chinese destroy us on the field of battle soon, the clock will run out, and the dream of the coming “Chinese century” will be just that: a dream.

Everything they are doing points to them preparing to do so.
For China, there will never be a better time to start a war with America.

Thanks. I’ll check it out. China would be hard pressed to reach the US. Their navy isn’t up to the task. There would be no way really for them to get here.

14 posted on 04/20/2020 12:44:46 AM PDT by jmacusa (If we're all equal how is diversity our strength?)
[ Post Reply | Private Reply | To 13 | View Replies]
To: greeneyes
If China did something that stupid, their country would be left a smoldering wasteland, uninhabitable for a long time.

The Chinese would cease to exist, except for running buffets and other of our favorite restaurants.

I doubt they would do the stupid act though.

We owe them too much money and they own too much here.

I think that if they could secretly do anything to destroy us, they would do it in a NY minute. I agree that they wouldn’t want to openly attack. But some of their hardliners might be stupid enough to think it’s a good idea.

We should have one of our attack subs pop a flare off the starboard side of the Chico carrier.

You’re correct. They don’t want to use conventional warfare which would destroy their country, and more importantly to them, ours. Their plan, outlined 20 years ago, is to use bioweapons on us - so that our buildings, cities, national parks, even national resources would be preserved. After the U.S. was completely weakened, they would invade from the West Coast. Somewhat interesting in light of what is happening now......

“I’m getting pissed off all over again just thinking about that!”

I join your frustration. I spent 32 years in “the business” and a lot of it down range. So I’ve seen the first hand side of it.

But allowing this type of I care about you manure to forward into actions and appearances of weakness is dangerous to the mission and our people.

As you would well know, perceived weakness is an open letter to charlie to go on the aggressive. The world knows we have one of the top 2 military forces in the world and against us they have no chance of survival. But when you invite them to try by giving them the impression that we have a crack in our armor, even when it isn’t there, people die. They’re not very smart. But they are smart enough to harm. Damn these people who play a game they can’t finish when they get their feet hot and run.

And they hide behind their stupidity with legalities and not moralities and not intelligence. And they are slapped on the back for that. Sick ain’t it?