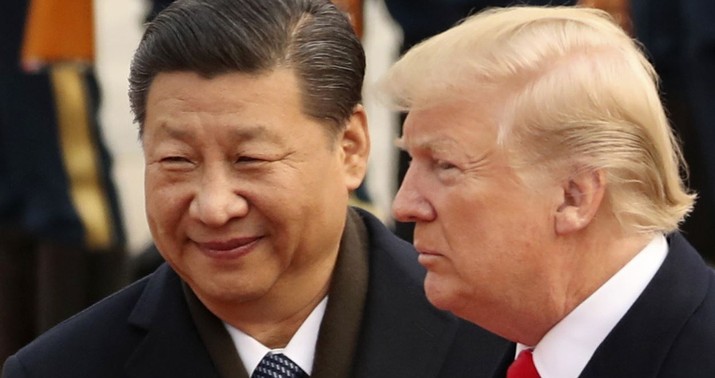 Josh Rogin has an interesting column in the Washington Post today. He says President Trump and Chinese President Xi Jinping reached a temporary truce on a phone call last week. In order to appreciate Rogin’s take on the call, you need to first see how it was reported earlier this week by the Daily Beast:

In a private conversation with President Donald Trump during the rapid acceleration of the coronavirus pandemic, China’s leader Xi Jinping went out of his way to deploy one of the most effective diplomatic maneuvers of the current American era: aggressive flattery.

In a phone call to discuss the international health crisis last week, Xi stressed to Trump how decisive, strong, and successful he feels his U.S. counterpart’s public-health and economic responses have been, two U.S. officials with knowledge of the matter said. The flattery came at a time when Trump was continuing to experience a deluge of criticism for his administration’s response to the pandemic. It also came as some of the American president’s most prominent officials were still engaged in a multipronged campaign to castigate the Chinese government for an alleged coronavirus cover-up and to rebrand the illness as the “Chinese virus” and the “Wuhan virus.”

As Rogin sees it, Trump’s decision to tone down his response to the Chinese propaganda effort blaming the US for the virus was more practical than personal:

There was an interagency decision to push back on claims by Chinese officials that this coronavirus originated in the United States, a necessary but also costly effort…

The United States is now in dire need of medical supplies, many of which are coming from China. If China’s leaders are willing to stop telling lies about us, we can pause pointing out the most embarrassing truths about them. But the detente won’t last long.

This is chiefly because the coronavirus crisis has revealed that Beijing’s propaganda and political interference strategy has entered a new era. The Chinese government’s official public diplomacy organs, large corporations, state-controlled media and a new army of social media bots and trolls are now working in seamless coordination all over the world.

Rogin points to this ProPublica story published last week. The site’s investigation found thousands of Chinese propaganda accounts on Twitter, some of them hacked out from under the control of real people. These accounts issue coordinate messages propping up the regime. Recently that has meant message about China’s handling of the coronavirus outbreak:

Since August 2019, ProPublica has tracked more than 10,000 suspected fake Twitter accounts involved in a coordinated influence campaign with ties to the Chinese government. Among those are the hacked accounts of users from around the world that now post propaganda and disinformation about the coronavirus outbreak, the Hong Kong protests and other topics of state interest. They included a professor in North Carolina; a graphic artist and a mother in Massachusetts; a web designer in the U.K.; and a business analyst in Australia. (It is unclear whether the current fake account holders hacked the accounts themselves or purchased them from elsewhere.) Suspected Chinese operatives have stepped up their efforts in recent days, according to private messages shared with ProPublica, offering influential Chinese-speaking Twitter users cash for favorable posts.

Our examination of an interlocking group of accounts within our data linked the effort to OneSight (Beijing) Technology Ltd., a Beijing-based internet marketing company. OneSight, records show, held a contract to boost the Twitter following of China News Service, the country’s second-largest state-owned news agency. The news service operates under the United Front Work Department, an arm of the Chinese Communist Party long responsible for influence operations in foreign countries. OneSight declined to comment and China News Service did not respond to our inquiries…

The activities of the influence network were consistent with the timing of the government’s handling of the epidemic and the themes it was publicly pushing. Discussions of a novel coronavirus in Wuhan began swirling on Chinese social media in early January, but the network made no mention of it, continuing to criticize the Hong Kong protests and attack political dissidents. On Jan. 29, six days after the Chinese central government imposed a lockdown on Wuhan, the influence network suddenly shifted its focus to the coronavirus epidemic. That same day, OneSight announced a new app that tracked virus-related information. The announcement was accompanied by a graphic declaring that OneSight would “transmit the correct voice of China” to the world.

This kind of coordinated propaganda effort is what the world is now up against. China is devoting enormous resources to spreading government PR though western social media even as it kicks western media outlets out of the country. It’s also carefully amplifying voices within foreign media that suit its purposes. The Washington Examiner recently highlighted this video released by China’s English language paper:

The US President’s rhetoric in using “Chinese virus” to describe #COVID19, has sparked fierce public criticism from all walks of life in the US. pic.twitter.com/RMljngN7P3

The bottom line is that Chinese propaganda is too serious to ignore for long, but in the midst of this crisis, the president has apparently decided a momentary truce is our best option.

yet today, on weibo, that ccp female pig Hua Chunying, Director of the Foreign Ministry continues to belittle Pompeo

so important that Trump win this fall.

a necessary result of this virus is the total decoupling from China along with a new cold war to battle the propaganda from this regime.

Rolling back the China-controlled supply chains will hurt them more than any insult.

Patience, after all this nonsense is over, the backlash against China will be brutal.

we need to tax all remittances

plus, all visas for ChiCom students must be revoked.

Sign seen in front of closed hardware store today, “This is the longest anything made in China has ever lasted”

“after all this nonsense is over, the backlash against China will be brutal.”

This family will go out of our way and happily pay any price delta in order to do our part to smash China into a starving backwater.

We are at war with China...propaganda does not matter in this sense...biological and cyber wars are in progress.

the president has apparently decided a momentary truce is our best option.

Grab’em by the nose, kick them in the pants.
We’aren’t done with China yet.

Chinese food panic in the news—hoarding begins after video suggests no exports of food to China. Food riots soon???

In other words, Trumps counter-efforts to name it the Chinese virus was so devastating vs the Washington Post, NY Times and all of the paid-for Chinese propogandists that they had to cry Uncle.