BELTON, Mo. — The FBI says one of their agents fatally shot a domestic terror suspect Tuesday in 100th block of Wilbur Parish Circle in Belton.

Officials say the suspect, 36-year-old Timothy Wilson, was angry with the government’s social distancing measures to stop the spread of the coronavirus. Wilson reportedly planned to bomb a hospital in response.

Wilson “decided to accelerate his plan to use a vehicle-born improvised explosive device in an attempt to cause severe harm and mass casualties,” a press release said.

Wilson allegedly decided on an unnamed hospital as a target and began to pursue bomb making materials.

Agents attempted to arrest Wilson when he tried to pick up what he thought was a truck bomb. That’s when the shooting occurred. He was later pronounced dead.

No other civilians or law officers were injured.

[Wilson tried to pick up what he thought was a truck bomb?

What, he thought somebody was selling one on E-Bay?]


A lot of these people aren’t the brightest bulbs on the Christmas tree. If two people know something, it’s no longer a secret. That’s especially the case when he’s talking to some faceless person over the internet.

To do a car bomb against a hospital is beyond stupid. It’s the worst possible target he could have picked - in football terms, an interception touchdown for the other side.

If he wanted to have an impact, he’d pick someone defended, but not too heavily defended, like a prominent politician or judge who’s done something he dislikes, and observe that person’s movements, paying attention to any visible closed circuit cameras and taking care to obscure his features from visible camera angles. Then he’d pick a time and place, do what he had to do, at night, preferably from a distance, using a suppressed and starlight scoped rifle, and skedaddle.

The problem is that this endeavor requires planning and financial resources. The folks who want to do this kind of stuff are usually lacking in tenacity, resourcefulness and cash. IMO, many mass killers aren’t angry at the political system - they’re just angry, period. To target random people rather than some of the policymakers responsible for their dissatisfaction seems counter-productive. But that’s the bulk of these people - irrational actors on the margins of society, e.g. people who own dog-eared copies of the Turner Diaries.

High impact actors would be like the Serbs who took out the Archduke Ferdinand and his wife, kicking off WWI. Guys like McVeigh can only dream of having this kind of impact. That’s in part because while McVeigh’s technical expertise was impeccable, his target selection was asinine.

Shoot first! Make up reasons for a justifiable killing later! After all we are the FBI. You can trust us! Ask the Weavers or any Koreshian....thats still alive.

43 posted on 03/25/2020 8:15:12 PM PDT by dila813
[ Post Reply | Private Reply | To 6 | View Replies]
To: Zhang Fei
“Wilson considered various targets and ultimately settled on an area hospital in an attempt to harm many people, targeting a facility that is providing critical medical care in today’s environment,” the F.B.I. said in a statement.]

Picture of the accused: 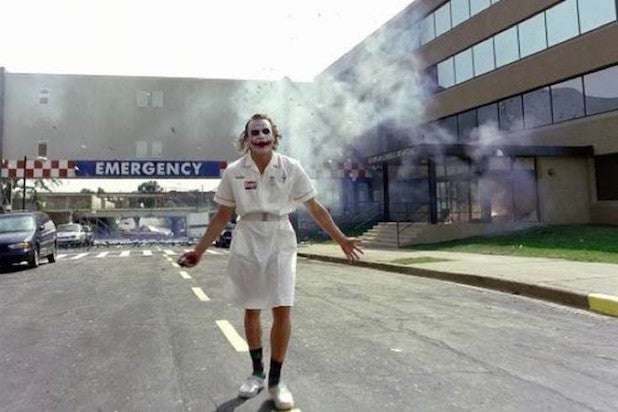 Wait for the movie to come out. And the screenplay will take great advantages.

[Picture of the accused:]


That movie scenario was realistic and well-planned compared to what this guy envisioned. And movie scenarios tend to be full of plot holes and off-the-wall motivations, e.g. “I am doing this because I am the personification of evil”.

A man called in a bomb threat to the Orlando Police Department late Tuesday, threatening to blow up the agency’s headquarters and other nearby buildings because people are being “put... out of work” due to the coronavirus crisis, an arrest report said.

Justin Demorea Black, 28, faces charges of false report of a bombing and unlawful use of a two-way communication device. Police did not find any explosives when they arrested him, according to the report.

Police said a caller dialed 911 about 7:15 p.m. Tuesday — about two hours after Mayor Buddy Dyer and Orange County Mayor Jerry Demings announced a county-wide stay-at-home order in response to the COVID-19 pandemic — and claimed to have four bombs. No there are stay at home orders in Belton.

My son lives there.

Obama is not a natural born citizen.

If they want to see a criminal all they need to do is look into the nearest mirror!

I agree..and since he was anti-American, had religeous motives, planning this over a period of time, and wanted this to be dramatic....does point to a certain possibiity.

Why bomb a hospital? It’s not the hospitals that are screwing us over. If he wants to do something constructive, it would be better to direct it at those mandating or enforcing these insane measures.

Most likely, given the alleged target, if it wasn't just made up out of whole cloth.

Yeah, why not go to bombs-r-us at the local mosque?

Now if his name were Mohammed Mohammed and a Muslim, they would go 30 ways from Sunday to AVOID calling him any kind of terrorist even if they found him with a bomb in both hands and a rigged vest while standing on the White House steps yelled “”Allie Allie Goodbar””

OR antifa OR BLM

Further proof is that the word ALLEGED(LY) wasn’t used till the 5th sentence and it wasn’t used to describe his ‘act’ but choice of target....

I agree..and since he was anti-American, had religeous motives, planning this over a period of time, and wanted this to be dramatic....does point to a certain possibiity.

Deceased is the guy on the left:

The Informant’s Nick R. Martin has unearthed social media posts he says were made by Wilson on Telegram channels using the handle Werwolfe 84; according to Martin’s research, Wilson was “an admirer of the 1980s terrorist group The Order” and was linked to “two active neo-Nazi organizations,” the National Socialist Movement (NSM) and Vorherrschaft Division (VSD). Elon University computer science professor Megan Squire helped Martin with the research.

According to Martin, Wilson was active on Telegram on Tuesday, March 24, writing that he thought the government was using coronavirus as an “excuse to destroy our people,” adding, “Mark my words it’s coming I hope people are ready.” He also commented on COVID-19, according to Martin, writing, “If you don’t think this whole thing was engineered by Jews as a power grab here is more proof of their plans. Jews have been playing the long game we are the only ones standing in their way.”

If the FBI provides the bomb, that’s entrapment, and this is murder.