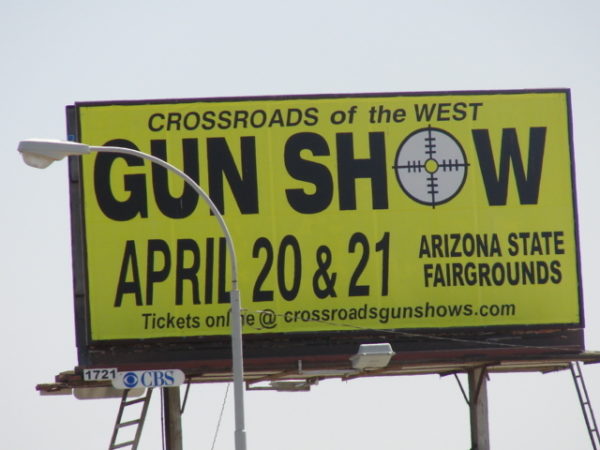 “But our results provide little evidence of a gun show-induced increase in mortality in Texas. In fact, we find that in the two weeks following a gun show, the average number of gun homicides declines in the area surrounding the gun show. Aggregating across all gun shows in the state, we find that there are approximately 16 fewer gun homicides resulting from the 200 gun shows in the average year. In the sections below, we discuss several possible explanations for this counter intuitive finding. However, it is important to keep in mind that while these results are statistically significant, they are quite small – representing just one percent of all homicides in Texas in the average year.”

The authors downplay this result. It is not mentioned in the abstract. From the study:

Thousands of gun shows take place in the U.S. each year. Gun control advocates argue that because sales at gun shows are much less regulated than other sales, such shows make it easier for potential criminals to obtain a gun. Similarly, one might be concerned that gun shows would exacerbate suicide rates by providing individuals considering suicide with a more lethal means of ending their lives. On the other hand, proponents argue that gun shows are innocuous since potential criminals can acquire guns quite easily through other black market sales or theft.

The clear evidence is gun shows, at worst, are neutral, but considerably more likely, they save lives.

My tagline says it all.

When FR was down last night, I went to Ammoland to read, and very much enjoyed your article.

So I’m curious what exactly they mean by unregulated Texas gun shows? Just before the boating accident I may or may not have purchased a Kimber 45ACP from a gun show in Texas. I was told I had to go process my background check before taking possession. Seemed pretty regulated to me

The Federal Firearms Licensed dealers are highly regulated at gun shows, but the shows themselves are not.

In California, no one is allowed to buy a gun at a gun show. They have to wait two weeks before picking it up.

in CA there is a 10 day waiting period for all gun purchases, not jus gun shows.

California shows
are more “Craft Shows”
with OD Green as the
Primary Color.

Correct. California reduced the waiting period from 15 days to 10 days in 1996.